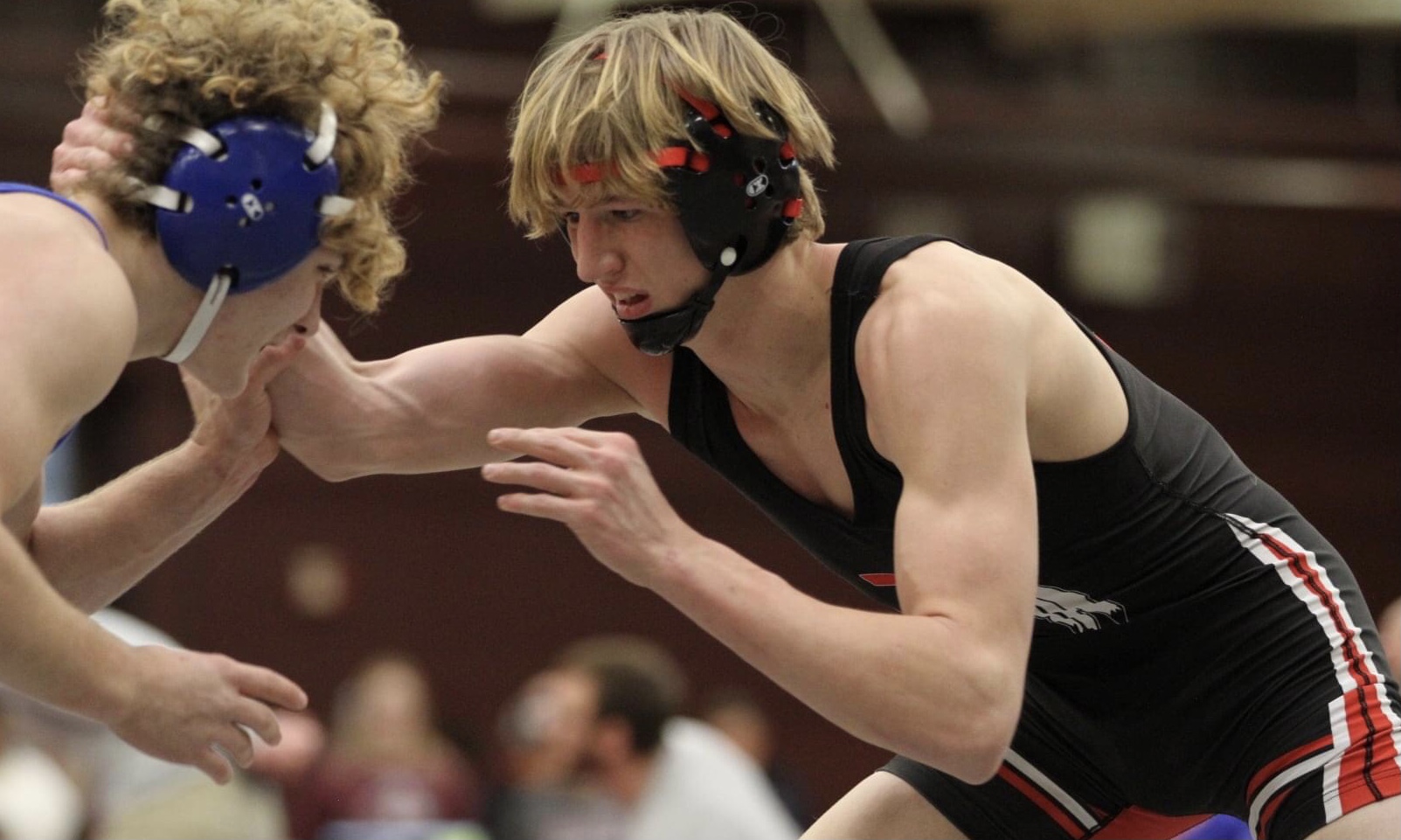 Despite the fact neither the Jackson boys and girls wrestling team won the SEMO Conference Tournament Championship, the program still managed to combine for six individual conference champions.

Four of them came from Jackson’s runner-up boys team that scored a combined 608.5 points to conference champion Farmington’s total of 634.5. The Indians girls team placed fifth overall (83 points) and had two individual conference champions while only filling five of the 14 weight classes.

Having arguably the most dominant overall performance throughout this year’s conference tournament was Beyatte, who didn’t have one match last longer than two minutes. Tyler was the only Indian on the boys side to pin every single one of his opponents as it only took him one minute, six seconds to pin Notre Dame senior Trey Schreckenberg (28-2) for the 195-pound conference championship.

Beyatte’s longest match went to the 1:40-mark as that is how long it took him to pin Farmington sophomore Rowdy Vaugh (13-20) in the quarterfinals, who ended up taking third overall.

Kassie Hodges also pinned all of her opponents much like Beyatte did as three of her matches went into the third and final period. This included Hodges’ 130-pound conference title match against Park Hills Central senior Savannah Scheldberg (20-7), which lasted till the 5:41-mark.

Liam Bryant pinned all of his opponents in under four minutes leading up to his championship bout with Poplar Bluff senior Logan Ringstaff (35-6), which went all three periods. Bryant came out on top by decision at 7-2 to win his first-ever conference title.

This was also the same case for Landon Vassalli as none of his matches leading up to the championship finals were longer than four minutes. He faced Windsor sophomore Brayden Belding (30-5) for the 106-pound conference championship that Vassalli won via a 6-1 decision. Bryant and Vassalli were both conference finalists last season.

Another 2021 conference finalist turned first-time SEMO Conference Champion for the Indians was Flint Guilliams, who received two forfeits then recorded two pinfalls before the semifinals.

Guilliams’ closest match of the tournament was in this round, but he still managed to beat Hillsboro junior Eddie Hines (15-7) by decision at 6-1. Flint then faced Poplar Bluff senior Justin Mitchell (28-8) for the 160-pound title and took it home with a major-decision victory of 10-0.

Metzger competed in a total of four matches and won three of them via pinfall (1:29, 3:44 and 4:51) as the only match that lasted all three periods was against Windsor freshman Lily Pauley (8-8). Metzger defeated Pauley by major decision at 11-1. 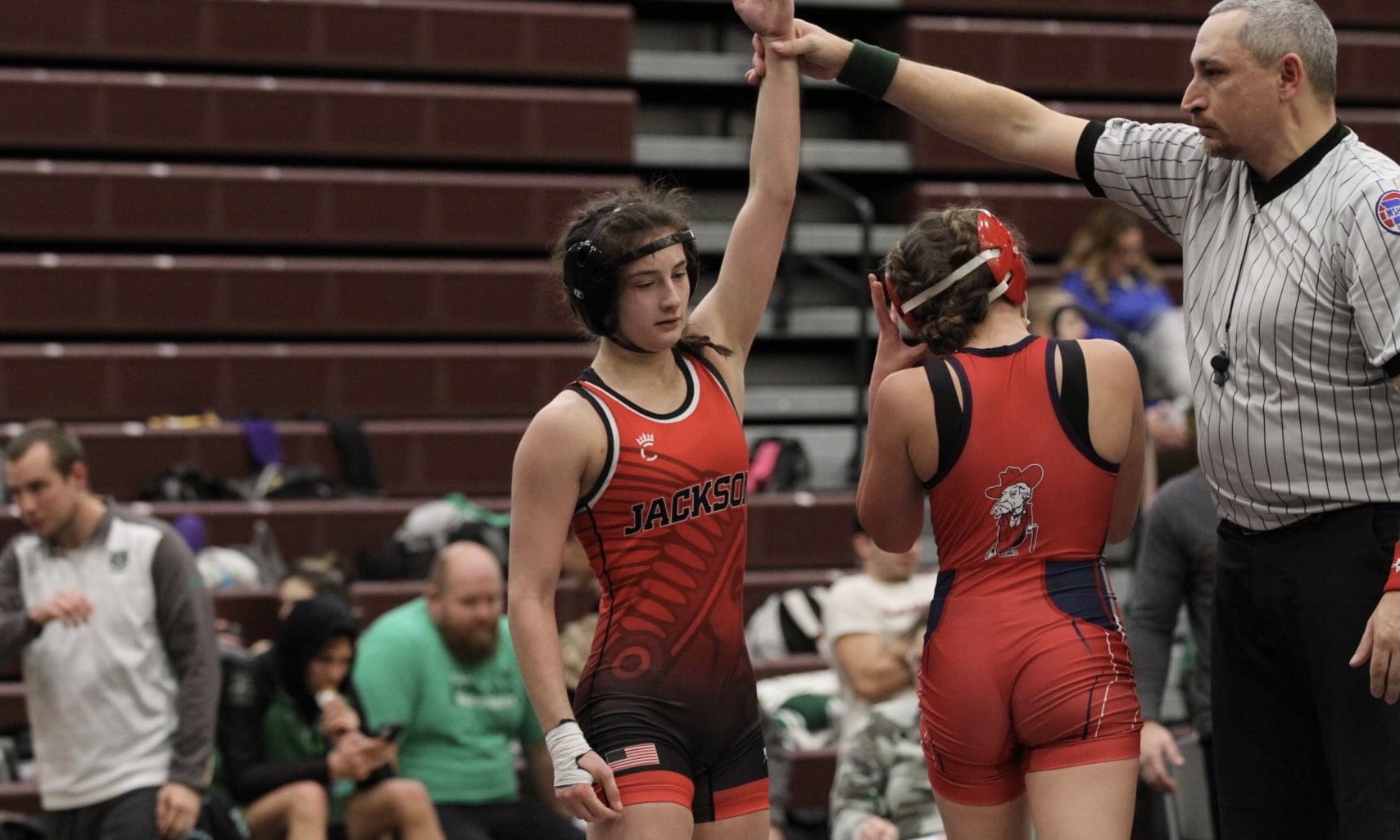 Davis finished two points shy of winning his first-ever SEMO Conference Championship as he fell to Hillsboro junior Evan Morris (26-8) by a 3-1 decision in the 152-pound championship match. Leading up to the finals, Davis had a dominant showing by pinning all of his opponents in under three and a half minutes.

As for Horman, he received two forfeits and recorded two pinfalls before reaching the championship semifinals. Horman handled Sikeston junior Dominic Mullin (34-9) by major decision at 12-0 before facing Hillsboro senior Dalton Litzsinger for the 182-pound title, where Horman only fell by one point at 3-2.

There were only two other wrestlers in Gibbs’ weight class, and she fell to Poplar Bluff freshman Zoe Freeman (31-0) by pinfall at the 1:37-mark. Gibbs pinned Cape Central senior Tambria Wilson in under five minutes to help secure second place.

Only one Indian took third for the boys or girls as it was junior 120-pounder Mallorie Metzger (22-3), who lost each of her two matches by only one point.

The seventh and final SEMO Conference Champion in The Cash-Book Journal’s coverage area was Notre Dame senior 132-pounder Owen Dowdy, who defeated Hillsboro junior Nate Barnett (24-8) by decision at 7-2 for the title. Dowdy also had one pin, one technical fall, one major decision and another decision.