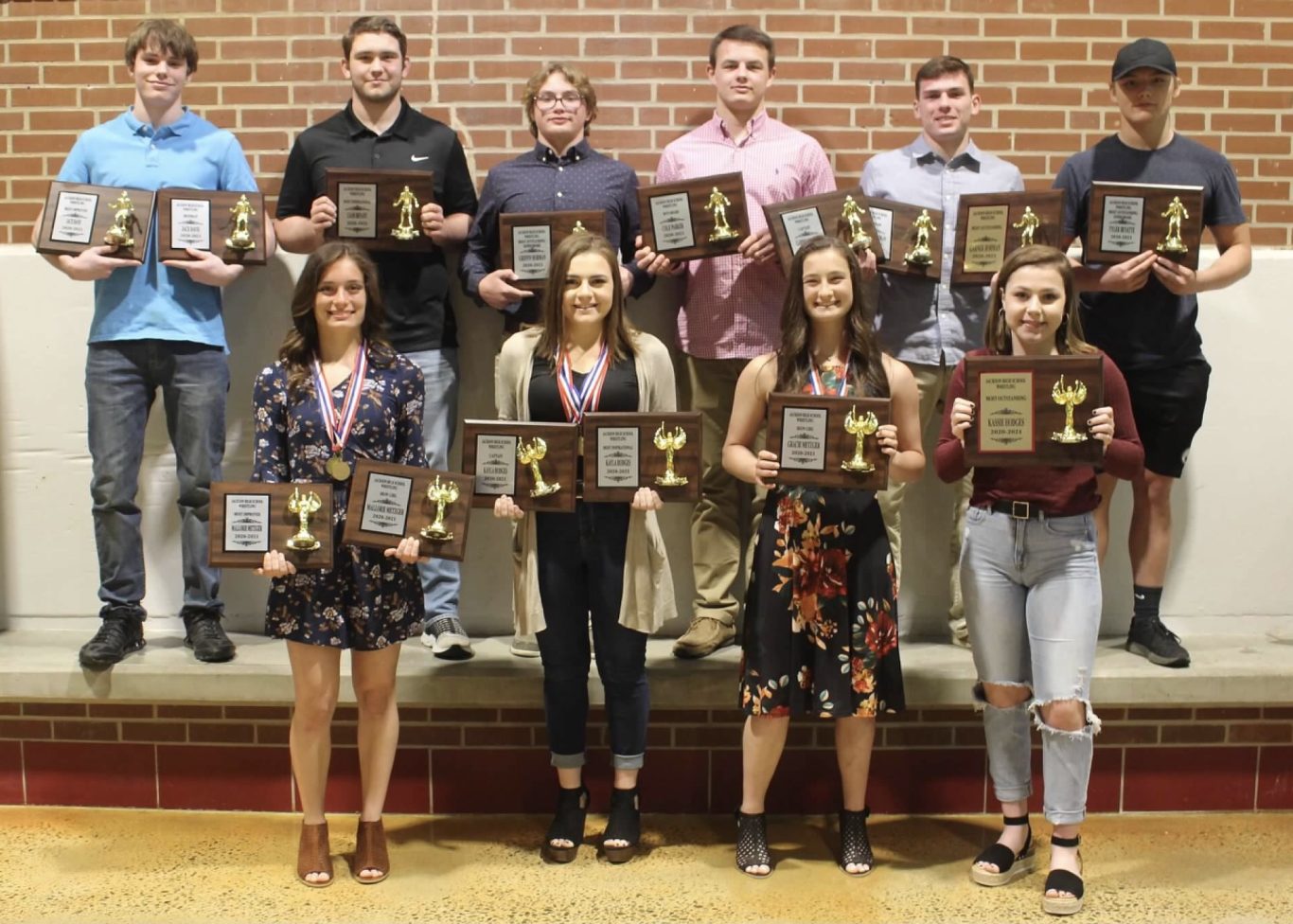 Following the 2020-21 wrestling season, Jackson officially held its annual end of the year banquet March 28. The Indians handed out team honors along with celebrating individual and team achievements.

Hodges also came away with a SEMO Conference Championship, while her younger sister sophomore Kassie Hodges (137) won a district championship.

Horman, who also won an individual conference, district and sectional title, took home Most Outstanding, Co-MVP and Co-Team Captain honors for the boys team. Being named MVP along with Horman was Parker, while Bryant shared Team Captain with Garner. Bryant was also named Most Inspirational.

Davis earned the title of Most Improved and Iron Man as Griffin Horman and Tyler Beyatte shared the Most Outstanding Sophomore award.

Garner, Griffin and Parker were the only Indians on the boys team to win conference championships.

Garner Horman finished with the best record and tied for the most wins on the boys team at 34-1 overall. Davis tied with Horman for most wins as he finished 34-6 and also won a district title. Bryant (33-4) and Parker (26-4) took home individual district championships as well.

Horman and Parker each finished their high school careers in the top 25 most wins in program history. Horman ranks ninth with an overall record of 155-19, while Parker is 22nd all-time at 127-42.

On the girls side, Kayla Hodges won Most Inspirational and Team Captain, while Kassie Hodges was named Most Outstanding. District finalists and sophomores Mallorie Metzger (122) and Gracie Metzger (117) shared Co-Iron Lady, while Mallorie also won Most Improved.

Tying for the most wins was Kayla Hodges and Mallorie Metzger with 20 apiece, while Hodges finished with the best record at 20-7 overall. Metzger went 20-12, while Kassie Hodges (14-8) and Gracie Metzger (12-11) also recorded double-digit wins.

All four of these wrestlers along with freshman Maggie Gibbs (174), who finished 9-14 overall, were all conference finalists.

Both Metzgers and freshman Kaiden Weisbrod were named academic all-conference as Gracie and Weisbrod had a GPA of 3.9. Mallorie did so with a 3.88 GPA.

Both teams ended up finishing second overall in the conference tournament as this season was the 41st time the boys team ended up in the top two. This was the second year of the girls team’s existence and finished second for the first time.