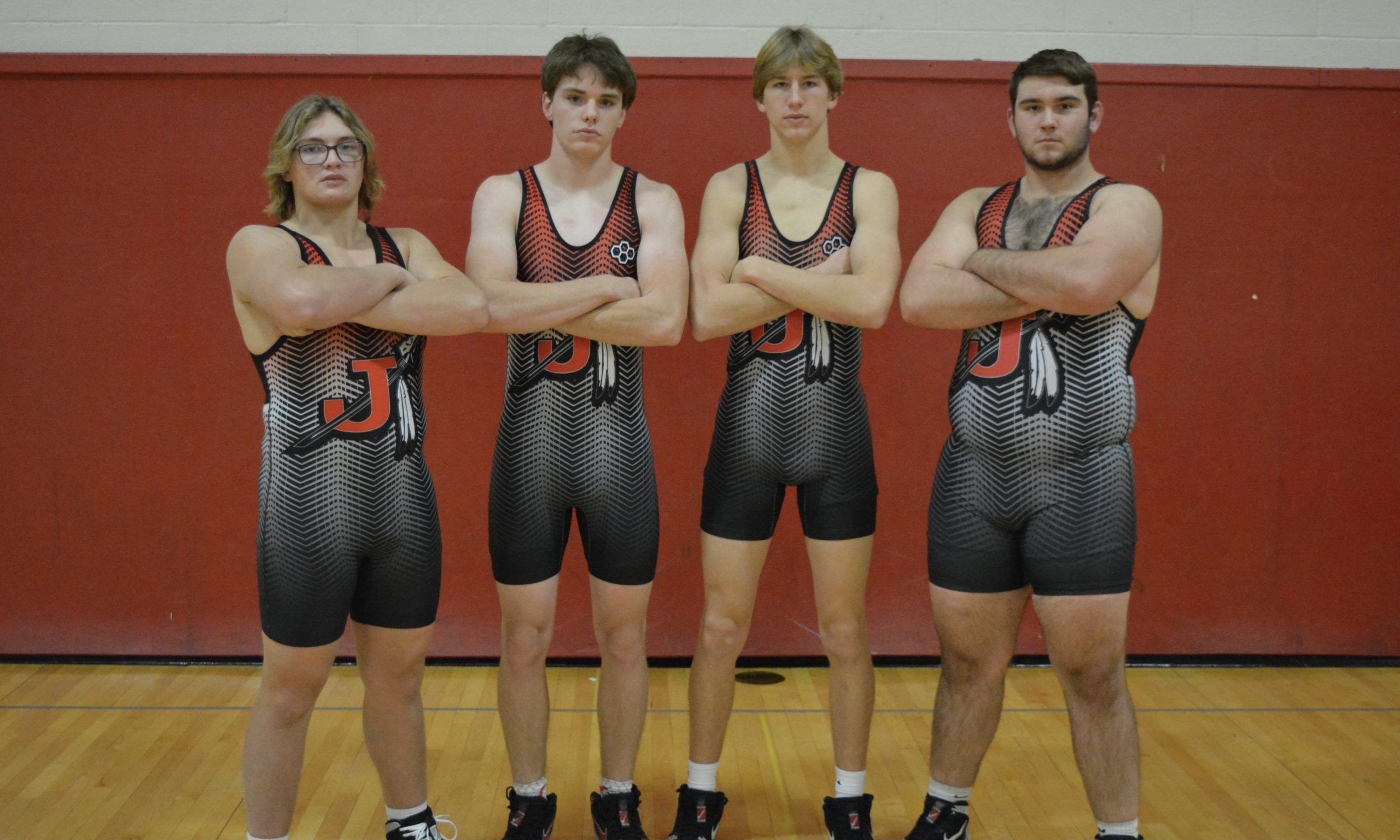 After a season where the Jackson wrestling team placed in the top 12 of the Class 4 State Tournament for the third year in a row, the Indians return key pieces that will be crucial when it comes to having success in bigger tournaments.

Four of Jackson’s returning wrestlers have made it all the way to state as two of them have even earned a spot on the podium for all-state honors. The four state qualifiers on this year’s team are seniors heavyweight Liam Bryant, 160-pounder Jace Davis, 170-pounder Flint Guilliams and lastly junior 182-pounder Griffin Horman.

It was Bryant and Davis who earned all-state honors last season as Davis took fourth place wrestling at 145 pounds, while Bryant finished fifth overall in Class 4 as a 285-pounder. Both wrestlers were also two out of the three Indians that recorded 30-plus wins last winter as Davis recorded 34 (six losses) while Bryant had 33 (four losses).

The third wrestler for Jackson to have 30-plus victories last year was 2021 graduate Garner Horman at 160 pounds (34-1), and he was actually also Davis’ practice partner. This experience will be very beneficial to Jace as he will take over the 160-pound spot left by Garner, who was a three-time all-state medalist for the Indians and is now wrestling collegiately for William Jewell.

“Jace has been a really good team leader. Wrestling is his sport — that’s what Jace does,” Jackson head coach Steve Wachter said. “He never misses anything. He’s very dedicated, committed and accountable. Having an athletic wrestling partner like Garner really helped him out a lot.”

Last season was the second-straight time Bryant qualified for the state tournament as he finished 30-11 his sophomore season to have a career record of 63-15 overall. Coach Wachter describes Bryant not only as an outstanding leader off the mat but a “very smart heavyweight.”

“Bryant wrestled really outstanding at state last year. All of his matches were very smart and strategic,” Coach Wachter. “In his position at heavyweight if you make a major mistake, that could be the match because a lot of weight gets put on you fast. Liam has to be very strategic in how he does thing position wise. He knows how to be patient.”

Griffin wrestled at 170 pounds last year, where he finished 25-4 overall but failed to qualify for the state tournament. Horman made it to state at 138 pounds and produced a record of 28-17 his freshman season.

“Griffin has gotten a lot more stronger and more physical than he was last year. He was kind of small for his weight class last year, but this year I think he’s grown into his weight class,” Coach Wachter said. “We call Griffin a gamer, but I think he’s learned how to do both now. Drilling hard and training hard while being very competitive when the lights are on.”

Guilliams qualified for the state tournament wrestling at 152 pounds last year, where he finished with an overall record of 26-8 after also being a conference and district finalist. Flint hails from a proud wrestling family as his older brother Payne Guilliams, who graduated and earned all-state honors in 2017.

Even though he has yet to qualify for state, Jackson returns one more wrestler who picked up 20-plus wins last winter in 106-pound sophomore Landon Vassalli. He finished with an impressive record of 23-6 while also being a conference finalist as only a freshman.

“Landon has gotten a lot better by learning how to train and drill better. Sometimes when you come in, you might be a pretty good live wrestler, but you have to learn more of that,” Coach Wachter said. “That takes time, and I feel like Landon is starting to improve on that.”

Coach Wachter is really looking forward to having someone like Beyatte back, who wasn’t able to wrestle as much last winter due to injuries and the coronavirus pandemic reducing the total amount of matches wrestled for everyone.

“Tyler has improved immensely over the summer, and he’s gotten a lot stronger and bigger,” Coach Wachter said. “So far, he’s been wrestling really well, so we have high expectations for him.”

Some wrestlers who will help fill the lighter weight classes include sophomore Colby Davis, who is the younger brother of Jace Davis, at 120, freshman Matthew Maye at 126 and sophomore Jonathan Bieser at 132.

This winter will mark the second-full season for Jackson’s girls wrestling team, which finished as the conference runner-ups last year. The Indians also had their first-ever state qualifier on the girls side in 2021 graduate Kayla Hodges, who finished 20-7 overall wrestling at 143 pounds.

Hodges is now wrestling collegiately at Lindenwood as she was also a conference champion and district finalist in her final season at Jackson.

Hodges’ younger sister junior Kassie Hodges will carry the torch as she was the only Indian on the girls team to win a district championship in the 2020-21 campaign. At 137 pounds, Kassie was also a conference finalist while compiling a 14-8 overall record.

“Even though Kassie wasn’t a state qualifier last year, she did at one time defeat the girl who finished second at state in her weight class,” Coach Wachter said. “Kassie has a lot of potential as she’s learned to train harder and better than she was. She’s becoming a very good technician, so we have pretty high expectations for her especially since this is her third year wrestling.”

The only other girls wrestler besides Kayla Hodges to record 20 wins last winter was junior Mallorie Metzger as she went 20-12 overall while also being a conference and district finalist. Metzger’s sister and fellow junior Gracie Metzger was also a conference and district finalist while wrestling at 117 pounds with a record of 12-11. “Both are very, very tough girls. Tough mentally and tough physically,” Coach Wachter said.

Another conference finalist returning for Jackson is sophomore Maggie Gibbs at 174 pounds, and she went 9-14 as a freshman. Sophomore Kaiden Weisbrod is also coming back to the mat for the Indians after a 9-16 at 102.