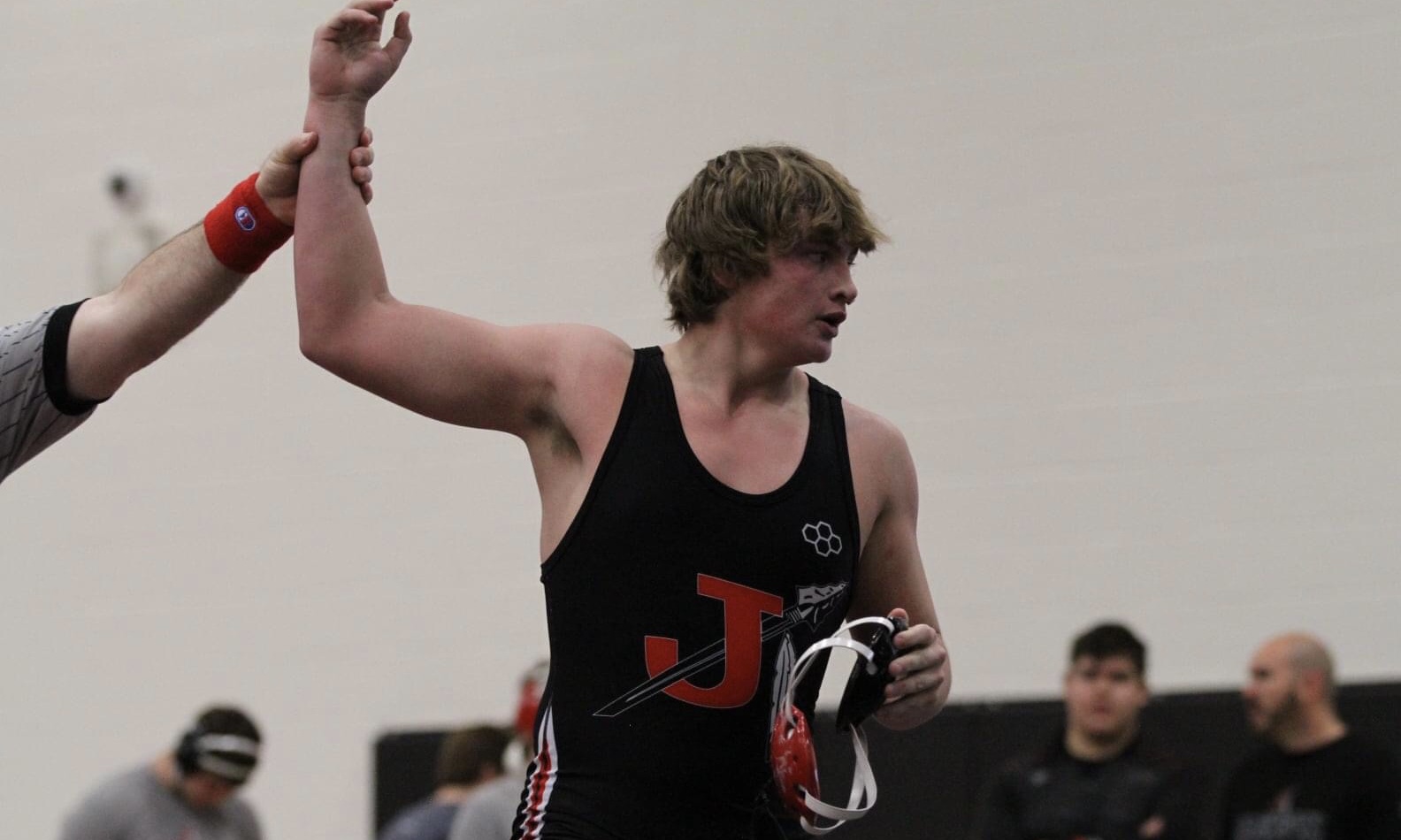 This past weekend, the Jackson boys wrestling team finally had its members from the football program compete, which helped lead the Indians to win their third Tiger Classic Championship in the last four seasons.

The Indians did so by combining for a team score of 330 as nine of their wrestlers competed in an individual championship match. The only other team besides Jackson to score 300 points or more in this year’s Tiger Classic was Northwest (309).

Out of the nine Indians to compete for an individual title, three of them came away with gold as senior heavyweight Liam Bryant (5-0), junior 182-pounder Griffin Horman (5-0) and sophomore 106-pounder Landon Vassalli (10-1) each won their respective finals match.

Having the most decisive victory out of the three was Vassalli as he defeated Northwest freshman Owen Staat (13-3) by technical fall at 15-0 for the 106-pound Tiger Classic Championship.

Leading up to the title match, Vassalli received byes in rounds one, two and the quarterfinals. Landon pinned Goreville freshman Jeremiah Pulliam (8-6) in two minutes, 26 seconds. He later pinned Christian County junior Ashton Smith (6-3) at the 1:50-mark of the championship semifinal.

Horman had the second-best margin of victory in the championship finals for Jackson as he beat Northwest senior Alex Calvert (13-3) via a 10-5 decision to win the 182 weight class.

To reach the championship finals, Horman only received one bye in round three, but he beat his four opponents faced either by pinfall or technical fall. Griffin’s quickest pin was in 36 seconds, while he recorded a 15-0 win over Francis Howell North senior Aaron Lashley (10-5) in the semifinals.

Lastly for Bryant, he won his heavyweight title bout against Christian County senior Anthony Harvey (8-1) by three points for a 5-2 decision to take home the gold.

Bryant only received one bye round like Horman, but he managed to pin all of his four opponents before the championship round. Liam recorded each of his pins in less than one minute.

Bryant and Horman both won individual Tiger Classic Championships last winter as Horman did so at 170 pounds, while Vassalli took second.

Beyatte only lost the 195-pound championship match by one point at 1-0 to Northwest senior Jaiden Frey (13-2). Shirrel and Davis also lost their finals matches via decision at 7-3 and 7-1, respectively, while Coy fell by major decision at 15-5. Guilliams and Hicks were both pinned in the title bouts.

As for Jackson’s girls wrestling team, it took third overall in the Tiger Classic with 67 points as three of the Indians five wrestlers won their weight class. Jackson finished third place behind Northwest (148.5 points) and SEMO Conference opponent Sikeston (82).

While there weren’t any actual championship matches for the girls tournament but instead round-robin style brackets, a wrestler like Gracie Metzger had a dominant showing.

Gracie only received one bye out of five rounds and pinned every single one of her opponents in less than two and a half minutes to win the 115-pound bracket.

Mallorie Metzger pinned all but one of her opponents within the first three minutes as her only match to last all three periods was against Northwest freshman Mady-son Thomas (12-5). Metzger shut Thomas out, though, for a 3-0 decision to win the Tiger Classic’s 120-pound title.

As for Hodges, she only had to wrestle in three rounds but pinned two of those opponents each in under four minutes. Hodges final match was against Northwest senior Hallie Becker (6-5) as Kassie won narrowly by a 4-2 decision for gold at 130 pounds.

Freshman 105-pounder Josephine Collins (1-5) managed to take third at the Tiger Classic. Only one other wrestler competed for the girls wrestling team out of the 14 weight classes as sophomore 174-pounder Maggie Gibbs took fourth place.

Both teams have this week off from competition as both teams will return to action in the Kinloch Tournament next week. The girls tournament is on Tuesday, while the boys will run on Dec. 29 and 30 before the new year.