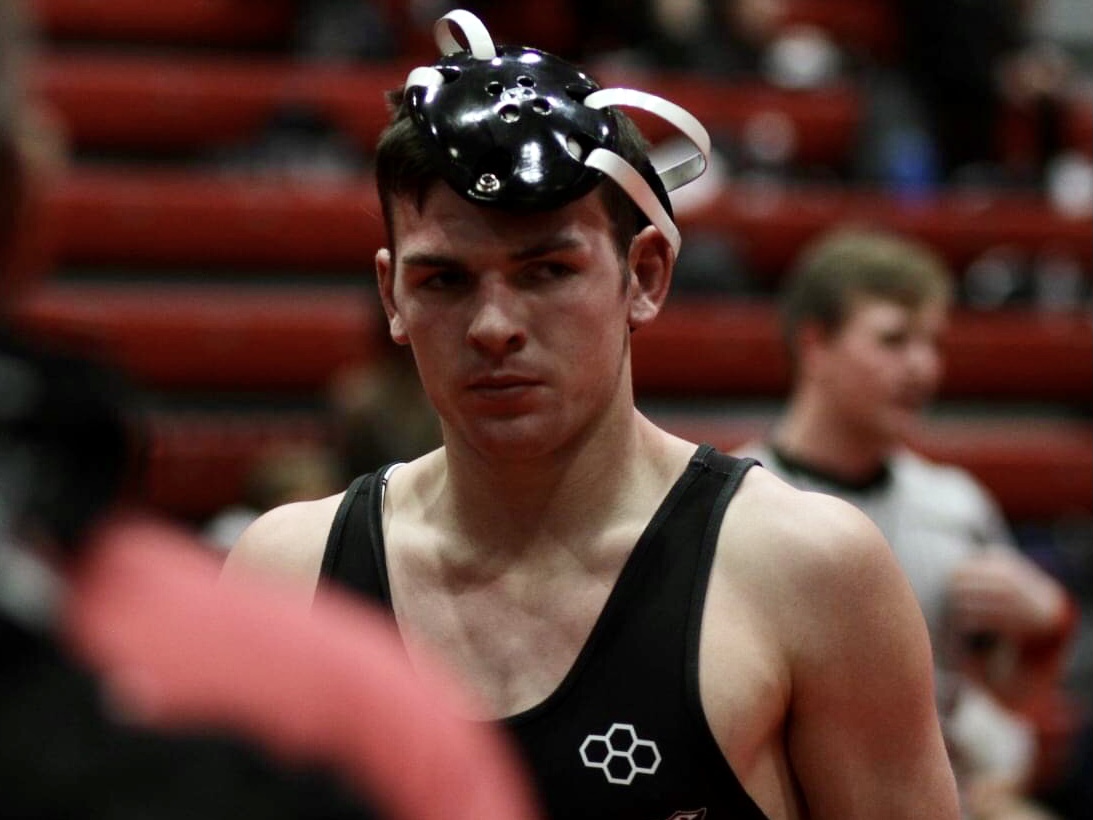 Due to the ongoing coronavirus pandemic, this year’s SEMO Conference Wrestling Tournament was split up into two different meets as teams from Class 1 and 2 faced off Friday, while Class 3 and 4 competed the following day.

Jackson’s wrestling team entered the Class 3 and 4 tournament as the four-time reigning conference champions, but the Indians came up short in winning conference for a fifth-straight year.

The three Indians to come away with conference championships were none other than undefeated seniors Garner Horman (23-0 at 160), Cole Parker (18-0 at 182) and one-loss sophomore Griffin Horman (21-1 at 170).

Horman became a three-time conference champion with his first-place finish as he didn’t even have one match last all three periods. Horman won each of his matches by pinfall, with the longest bout lasting almost three and a half minutes.

Horman’s three minute, 23-second match was in the 160-pound championship match against Windsor senior Luke Longtin (23-8) for Garner to win his third SEMO title. Horman’s second-longest match was against Poplar Bluff junior Justin Mitchell (30-11) in round three as Horman pinned him at the 2:22 mark.

The rest of Horman’s matches didn’t last longer than one period with pins over North County sophomore Cooper Dunn (14-11) at 16 seconds, Farmington sophomore Bryce Buchanan (5-12) at 25 seconds, and Hillsboro sophomore Eddie Hines (20-9) with 53 seconds left in the first period of the championship semifinals.

As for Parker, he won his second consecutive and final conference championship with four pins and by one decision. Parker’s lone match to last all three periods was against Farmington senior Judd Cunningham (22-4) for the 182-pound title as Cole won via a 8-1 decision.

Griffin Horman had nearly the same outing as Parker to capture his first-ever SEMO Conference Championship by winning the 170-pound bracket. Horman’s only match to last all three periods was, indeed, the title match against Farmington senior Kael Krause (22-4).

With the last matching six minutes, Horman came away with a two-point, 3-1 win over the upperclassmen Krause to take home the gold.

Horman received a bye to state the conference tournament, and he pinned his next three opponents with only one reaching the third period. This was against Poplar Bluff freshman Logan Hite (22-5) as Horman pinned him at the 4:37 mark.

Horman’s other match to last past the first period was when he took on Cape Central senior Mason Diamond (7-6) in the second round, but Horman still pinned him one minute into the second period. Horman’s final pinfall was over Windsor senior Dominic Pona (25-6) as Griffin held his shoulders to the mat 1:26 into the match.

Bryant entered the conference meet undefeated, but he ended up suffering his first loss of the season in the title match against Farmington senior Clayton Barber (22-4). The 285-pound championship, to no one’s surprise, went all three periods as Bryant fell by decision to Barber, 6-2.

Before the championship bracket in round one through three, Bryant defeated each of his opponents by pinfall.

In the first round, Bryant pinned Windsor sophomore Clay Scott (9-13) in 21 seconds followed by another 21-second pin over Cape Central freshman Izaiah Johnson (2-4) during round two. Bryant then pinned Sikeston junior Mark Fisher (20-15) with one and a half minutes left in the third period of round three.

As for Guilliams at 152 pounds, he failed to record a pin in the tournament but did finish with a technical fall over Farmington Brady Cook (11-5) by a score of 17-2 in round one. Guilliams then received a bye for round two before beating North County senior Jordan Borseth (21-3) via decision in round three.

Guilliams picked up a win over Poplar Bluff sophomore Ben Colclasure (29-11) by a 4-1 decision in the semifinals to reach the 152-pound title match. For the conference championship, Guilliams faced Hillsboro sophomore Griffin Ray (35-3) and failed to score in a 2-0 loss.

The 220-pound bracket only featured four wrestlers, so Terry only had to wrestle in three matches to determine a conference champion. However, in the first round, Terry ended up facing the eventual winner at 220 pounds in Poplar Bluff senior Gavyn Hays (33-1).

Terry’s match against Hays lasted all three periods as Tony only fell by one point at 3-2 for the sophomore to end up placing second. In Terry’s other two matches, he defeated Cape Central freshman Stein Lewis (8-10) by major decision, 8-0, in round two, followed by a 8-6 win over Farmington junior Peyton Simily (13-11).

Vassalli had the same structured championship bracket for the 106-pound conference title, but he didn’t have to face the eventual gold medalist until the final round. Vassalli recorded pinfalls in the first two rounds as it took him 1:36 to pin Windsor freshman Brayden Belding (21-8) and lastly 1:41 against Sikeston sophomore Connor Lawrence (16-17).

For the championship, Vassalli faced off against Poplar Bluff junior Gatlin Taylor (36-2) in a match that didn’t go past the first round as Taylor pinned Vassalli in just 45 seconds.

Outside of these seven Indians, Jackson had two others place in the top four in juniors Tanner Mitchell (third at 195 pounds) and Jace Davis (fourth at 145). Both suffered losses to the eventual conference champions in their weight class.

Freshman Jonthan Beiser (0-5) finished in eighth place at 126 pounds as the only weight class Jackson had to forfeit was 120, which was won by North County senior Jonathon Coroama (20-0).

The next tournament for the Indians will be the Class 4 District 1 Tournament, which the Indians will host in two weeks on Feb. 13. Teams featured in C4D1 aside from Jackson are Fox, Lindbergh, Northwest, Oakville, Poplar Bluff and Seckman.