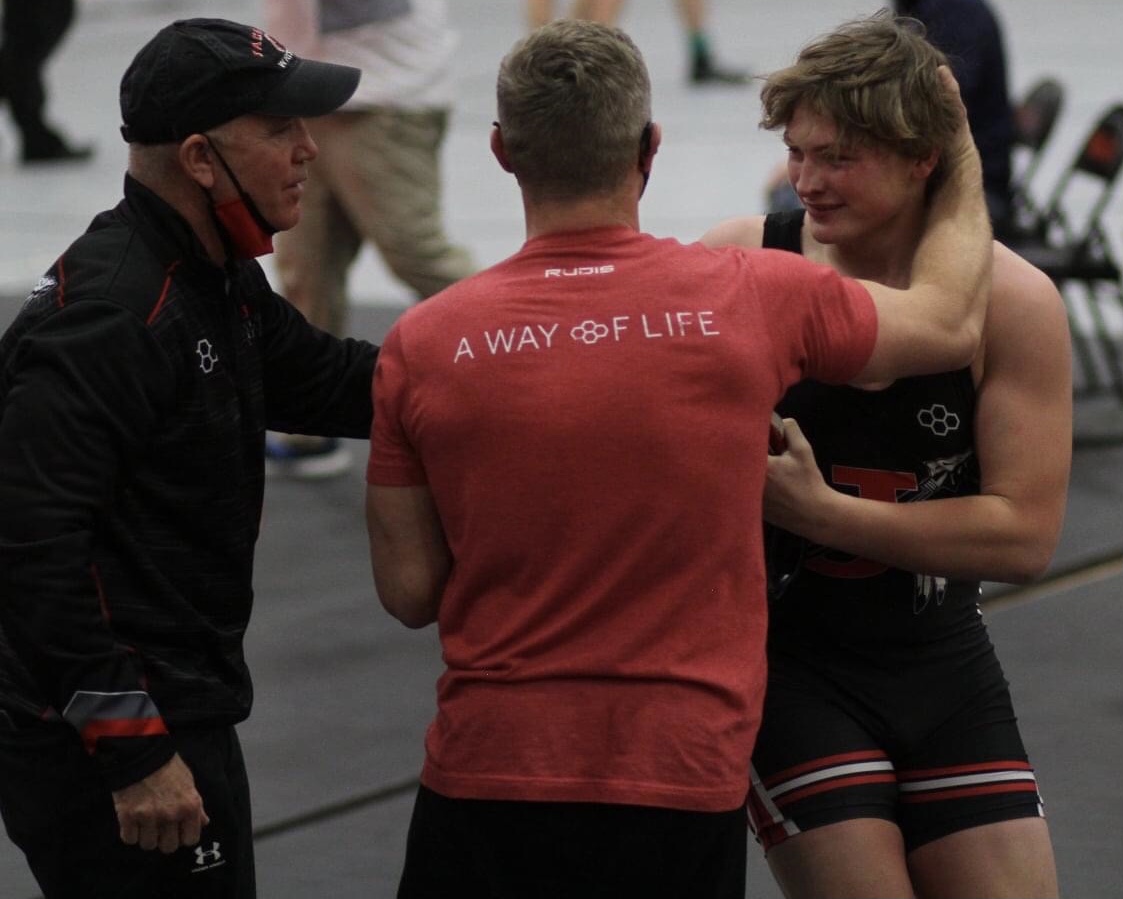 Only one and a half points prevented Jackson’s wrestling team from winning the annual Tiger Classic for the third-straight season this past weekend. As a team, the Indians scored 211 points as fellow Class 4 school Holt won the tournament at 212.5.

Jackson head coach Steve Wachter said his team would have only needed to record one more pin, which equals two points, to have won this year’s Tiger Classic. However, the Indians also had to forfeit two weight classes (120 and 132 pounds).

“We performed really well and especially this early with the amount of time we’ve had our football guys,” Coach Wachter said. “Anytime you go into a tournament and you don’t have two weight classes filled, it’s extremely hard to beat any team that’s either full or that is really good. This year it’s been a tough chore to fill all 14 weight classes.”

Out of the 12 classes Jackson was able to fill, eight of them finished in the top two as five managed to take home first place. The five Indians to win Tiger Classic Championships were juniors Liam Bryant (285 pounds) and Jace Davis (145), senior Garner Horman (160), sophomore Griffin Horman (170) and senior Cole Parker (182).

All five of these wrestlers are undefeated as Davis currently has the most wins with 11 as Bryant, Garner and Griffin each have six. Parker is behind them all with four.

Bryant, Garner, Griffin and Parker are each returning state qualifiers for the Indians as Garner Horman took third place at 152 pounds in the 2020 Class 4 State Tournament to become a two-time all-state honoree. Horman and Parker each have 100-plus career wins.

At 145 pounds, Davis (11-0) won each of his five matches either by pinfall or technical fall to bring home his first-ever Tiger Classic Championship.

Davis recorded his fastest pin in the second round versus Dexter freshman James DeBerry (1-5) as he placed his shoulders against the mat 33 seconds into the match. Davis also pinned Northwest junior Victor Fuentes (1-8) in under one minute at the 50-second mark.

Davis’ final two pinfalls were in the fourth and fifth round against North County sophomore Kolton Boylan (9-2) and Holt sophomore Jackson Sapp (8-4). Davis pinned Boylan with 58 seconds left in the first period and lastly Sapp 33 seconds into the second.

The lone technical fall for Davis was in the third round as he defeated Sikeston junior Trey Scott (5-4) 16-1 before the third period.

“Jace Davis is a really great story because this is a young man that’s really battled,” Coach Wachter said. “He’s been through the whole course — he got beat a lot as a young wrestler. He’s a great example and great story because he has never missed my practices over the last two or three years.

“Sometimes it would just be Jace and another wrestler going with me traveling. Now it’s really starting to payoff for him, and I probably can’t be more proud of him than I am of anybody.”

As for Garner Horman (6-0), he received a bye in the first round and then preceded to pin his four opponents in the first period except in his final matchup of the Tiger Classic. This was against Northwest junior Hunter Melber (13-2) as Horman wasn’t able to pin him until the third period (4:21).

“Class 4 is going to be really rugged and there’s other great 160 pounders, but [Garner] is a young man that can win 160,” Wachter said. “In Class 4, there might be four guys real similar to each other, but he’s very outstanding.

Horman’s younger brother Griffin Horman (6-0) also received a bye in the first round and won all but one of his four matches by pinfall. His other win came via technical fall.

Horman wrestled two rounds before competing in the championship bracket as he pinned Cape Central senior Mason Diamond (1-3) 53 seconds into the third period of round two. In the third round, it only took Horman 20 seconds to pin North County sophomore Cooper Dunn (5-4).

In the first round of bracket competition, Horman recorded a technical fall over Holt sophomore Richard Meyer III (10-3) at 20-2 28 seconds into the third period to reach the championship match. For the 170-pound Tiger Classic Championship, Horman faced off against Dexter senior Alex Townsend (5-1) and pinned the upperclassmen two minutes, 32 seconds into the bout.

Moving onto the 182-pound weight class, Parker received a bye in round one and then defeated all four of his opponents by pinfall with none of those matches entering the third period. Parker recorded his fastest pin of the tournament in the fourth round at 54 seconds versus Sikeston sophomore Joseph Heckemeyer (4-4).

The longest match for Parker was in the prior round against Northwest junior Alex Calvert (8-7) as Parker didn’t pin him until the 3:50-mark. Parker’s second-longest match was versus his first opponent in Dexter junior Harrison Pennington (1-3) as he pinned him at 1:23.

Parker’s final match of the Tiger Classic was against Holt junior Colin Bunner (5-1) as Cole pinned him with 51 seconds left in the first period of round five.

Last but certainly not least to come away with a tournament title was Bryant (6-0) at heavyweight as he also defeated all of his opponents by pinfall like Garner Horman and Parker did. Not one of Bryant’s matches went past the first period.

In his first bout of the Tiger Classic, Bryant recorded his quickest pin at 43 seconds against Central senior Mason Cookson (1-9). Bryant’s next matchup in the second round ended up being his longest as it took him 1:32 to pin Sikeston junior Mark Fisher (4-4).

Bryant’s final two matches didn’t last more than one and a half minute as he pinned Dexter sophomore Kolin Simpson (3-2) at 1:04 and finally Northwest junior Andrew Hinchey (10-5) at 1:12.

Jackson’s girls team placed sixth in its respective Tiger Classic (54 points) and only had seven wrestlers compete in 14 weight classes. Placing the highest for the Indians was senior Kayla Hodges (151) as she took second. Her younger sister sophomore Kassie Hodges (143) placed fourth as did freshman Kaiden Weisbrod (102).