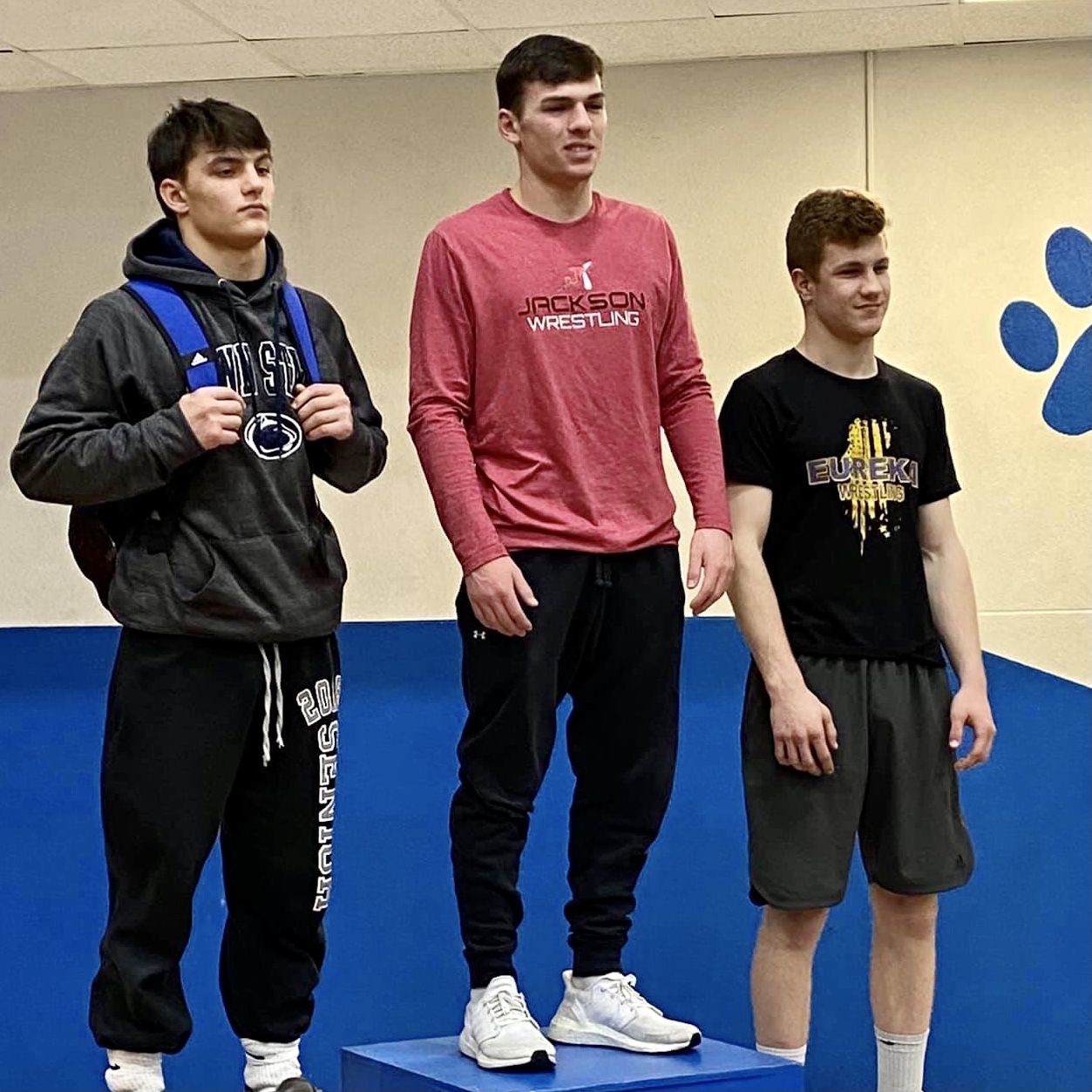 The Jackson boys and girls wrestling teams had a combined total of 12 Indians advance to this year’s sectional tournaments as five of them were able to punch their ticket to state.

In order to advance to the state tournament, wrestlers had to place in the top three at sectionals instead of the former requirement of finishing in the top four at districts like years before. Jackson had five out of seven wrestlers do so on the boys side, while only one of the five girls moved on.

Only one of these six Indians who will wrestle at state remains undefeated on the season as senior Garner Horman advanced to 31-0 overall after winning his first-ever individual sectional championship in the 160-pound weight class.

The lone girls wrestler for Jackson to advance to the state tournament was none other than senior Kayla Hodges (18-5) at 143 pounds. She is the first girl wrestler in Jackson history to ever reach the state meet.

Horman, who has already verbally committed to continue his wrestling career in college at William Jewell, won all but one of his three matches by pinfall at the sectional meet.

Horman’s first opponent was Kirkwood senior Karsen Herr (12-6) as it took Garner less than one minute to pin him at the 56-second mark. Horman’s semifinal opponent Northwest junior Hunter Melber (32-12) suffered the same demise, but Horman didn’t pin him until the second period (3:10).

For the 160-pound Class 4 Sectional 1 Championship, Horman faced off against Seckman sophomore Cole Ruble (30-9), who Garner had pinned in 2:50 for the district championship Feb. 13. This time around, Ruble lasted all three rounds with Horman, but the Indian prevailed over the Jaguars by decision at 7-1.

The two-time all-state honoree Horman took third at last year’s state tournament to become the first Indian to accomplish the feat since Jarrett Reisenbichler did so back in 2014-15. Horman, who recorded his 150th career victory over the weekend, now hopes to become the first individual state champion for Jackson since 2009 (Blake Peiffer at 215).

Parker had the closest match out of the three as he only fell to Lafayette junior Tommy Hagan (38-3) by three points at 6-3. This was Parker’s second loss of the season, who came away with his first-ever individual district championship three weeks ago.

Parker was able to win his first two matches handedly as he defeated Kirkwood junior Jared Ulichnie (15-10) by pinning him in 49 seconds, followed by a 14-1 major decision victory over Eureka senior Zachary McQuerry (14-8) in the semifinals.

As for Bryant, he was beaten by Washington junior Gavin Holtmeyer (34-4) for the Sectional 1 heavyweight championship by a score of 7-1. Bryant reached the title match with ease with two pins over Eureka junior Caden Howard (14-9) at 3:52 in the quarterfinals and finally Lafayette senior Evan O’Connell (20-11) at 1:51 in the semifinals.

While Davis was able to advance to his sectional title match rather handedly as well, he was pinned by Marquette senior Alex Nicozisin (40-1) one minute and nine seconds into the second round of the first-place bout. To reach the finals, Davis first pinned Parkway South senior Bishop Moore (21-12) at 1:39 and then beat Oakville senior Ibragim Makmudov (27-8) 11-4 in the semifinals.

Guilliams suffered his lone loss of the tournament in the semifinal round to second-place finisher Marquette senior Aidan Rudman (35-4) by a score of 7-3. Rudman then fell to District 1 Champion Northwest senior Cannon Newhouse (37-3) 5-1 for the sectional title.

To reach state, Guilliams had to win the consolation semifinal as well as the third-place match. Guilliams first beat Poplar Bluff sophomore Ben Colclasure (33-14) by decision, 4-1, and then Lafayette senior Na’zi Dent (25-11) for third at 4-3.

Hodges had to do the same to become the first Jackson girls to ever wrestle at state as she took third place at 143 pounds. In the championship semifinals, Hodges was pinned by eventual sectional champion  St. Clair senior Elexis Wohlgemuth (30-2) at the 4:17 mark.

In order to advance to state, Hodges defeated Seckman junior Hannah Tackett (17-12) 7-5 in the consolation semifinals.

Hodges then had no problem in the third-place match and beat Waynesville junior Somia McPherson (14-7) by technical fall at 15-0.

The girls state tournament will be held on Tuesday, followed by the boys state meet being held three days: March 10 through 13. Both tournaments will be held at Cable Dahmer Arena in Independence, Missouri.