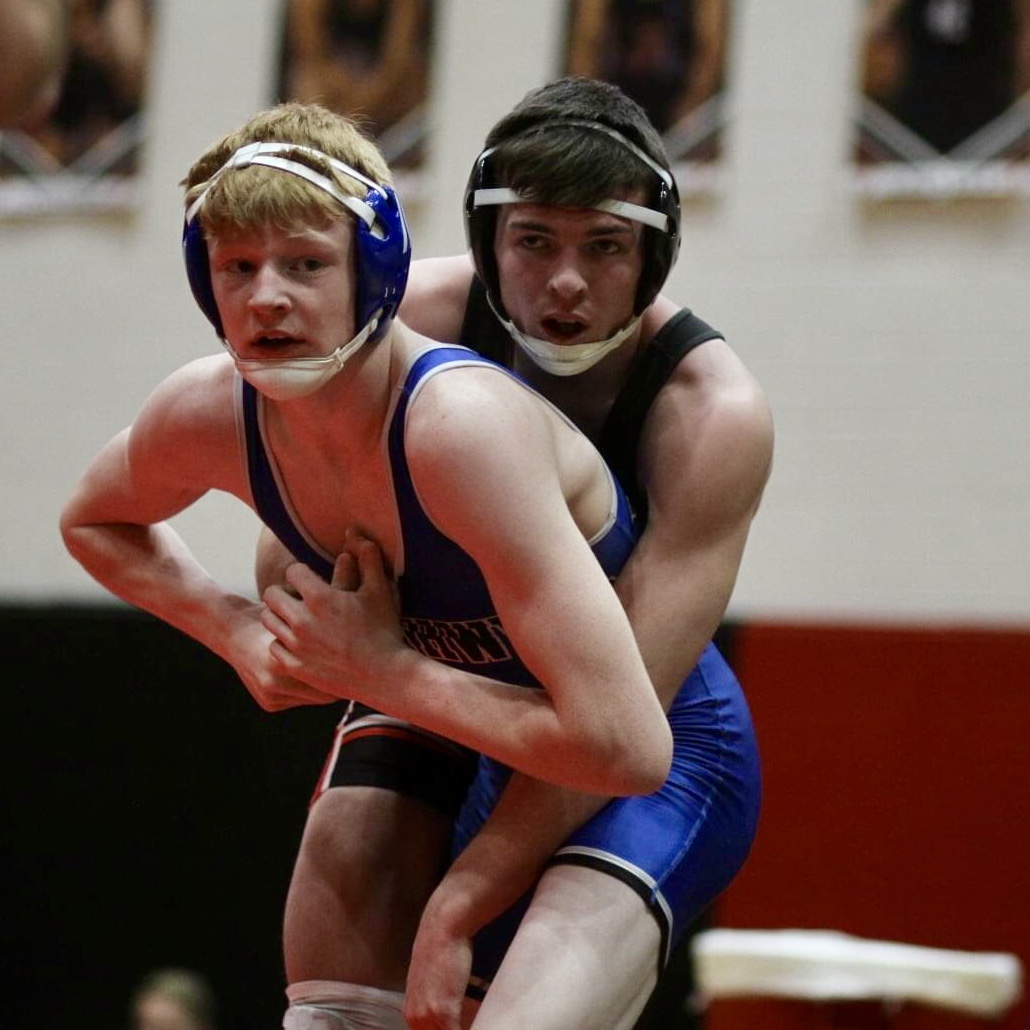 On Saturday, the Jackson wrestling team’s season officially came to an end as four Indians earned a spot on the podium in their respective weight classes. Jackson was one point away from cracking the top 10 as it finished tied for 11th with Francis Howell Central (52 points).

Jackson’s boys team sent one other wrestler to state in junior Flint Guilliams (152), while the girls had one qualify for state in senior Kayla Hodges (143). Both Indians failed to finish in the top six for all-state honors.

Out of Jackson’s four all-state finishers, Davis and Parker placed the highest at fourth overall as Bryant and Horman each took fifth. Davis and Parker each advanced to the semifinal bout in their weight class to compete in the third-place match, while Bryant and Horman each had to wrestle back in consolation to earn a spot in the top six after falling in the quarterfinals.

Heading into this year’s state tournament, Horman (34-1) held an unblemished record until he faced Troy sophomore Brett Smith (40-3) in a quarterfinal bout that went into sudden victory. Horman ended up falling to Smith by a score of 11-9 for his only loss in his final season of high school wrestling.

Smith went on to finish as the runner-up at 160 pounds as he fell to Staley junior David Brooks (39-3) in the state championship match. Brooks only beat Smith by two points in a 6-4 decision.

After suffering his lone defeat, Horman won the final three matches of his career at Jackson to take fifth and earn all-state honors for a historic third time. Only five other Indians in program history have ever brought home three all-state medals.

In the second round of the consolation bracket, it took Horman no time to pin Eureka senior Kyle Hurst (17-5) as the match was over in 22 seconds. Horman then received a forfeit in the consolation semifinals to secure a spot on the podium.

Horman faced off against Seckman sophomore Cole Ruble (33-11) in the 160-pound fifth-place match, where Horman came away with the win by a 3-2 decision in his final high school bout. Horman will continue his wrestling career collegiately at William Jewell.

In the previous two rounds, Parker first beat Jefferson City junior Michael Friedrich (42-5) by a 10-7 decision in the opening round. Parker followed up this win with a pinfall over Holt junior Colin Bunner (25-4) three minutes, 15 seconds into the quarterfinal match.

Parker’s win over Bunner would be the final victory of his high school career since after losing to Williams III in the semifinals, he was lastly defeated by Staley freshman Dai’mont Mucker (24-6) via decision, 5-3, for third place.

As for Davis (34-6) at 145 pounds, the first-time state qualifier picked up back-to-back wins via decision to reach the semifinals. Davis didn’t last long in that round, though, as he was pinned by Park Hill senior Ethen Miller (28-2) in just 40 seconds.

Miller failed to win the 145-pound state championship and fell to Liberty junior Kyle Dutton (34-3) in sudden victory, 3-1. In the third-place match, Davis was beaten by Marquette senior Alex Niscozisin (42-2) by a 7-1 decision.

Davis picked up a 3-1 win over Nixa senior Dylan Carter (27-16) in the first round of the state tournament to reach the quarterfinals. Davis’ final win of his junior campaign came over Holt sophomore Jackson Sapp (29-8) as Jace defeated him by two points at 4-2.

Moving up to the heavyweight class, Bryant (33-4) made the quarterfinals with ease as he pinned Timberland junior Andrew Bontrager (13-15) at the 1:09 mark in the first round. However, Bryant was tasked with facing the eventual 285-pound state champion Ozark senior Hunter Tennison (51-0) in the quarterfinal round.

Bryant fell to Tennison 4-1 to be pushed to the consolation bracket. En route to then state title, Tennison beat Liberty junior Jeremiah Cabuyaban (32-3) 3-0 in the semifinal round and lastly Washington junior Gavin Holtmeyer (36-5) at 4-3 for the championship.

Bryant’s first two matches in consolation lasted all three periods as he first defeated Lee’s Summit North junior Trevor Taylor (28-14) 3-0 in the second round and then Jefferson City junior Isaac Enloe (39-9) 3-1 in the semis.

In the fifth-place bout at 285 pounds, Bryant was able to pin Francis Howell junior Judah Johnson (18-7) 19 seconds into the second period for Bryant’s first-ever podium finish at state.

For the first match of Guilliams’ (26-8) wrestling career at state, he faced off against eventual 152-pound runner-up Liberty junior Logan Rathjen (32-6). Guilliams lost to Rathjen, who only lost 1-0 in the state championship bout to Park Hill junior Kal Miller (33-0), by major decision at 9-1.

Guilliams then received a bye and a medical forfeit in order to advance to the consolation semifinals, where he fell 3-0 to Hickman senior Jake Waldron (39-4), who went on to win fifth place.

This year’s girls state championship tournament took place last Tuesday as Hodges (20-7) was hoping to become the first female in Jackson wrestling history to earn all-state. Even though she didn’t accomplish this feat, Hodges was still the first girl to qualify for state in the program history.

In the first round of the state tournament, Hodges pinned Hickman sophomore Kira Nichols (12-5) with 55 seconds left in the second period. Hodges then had to face the eventual 143-pound state champion in Park Hill South sophomore Maddie Kubicki (39-0), who pinned Hodges in 12 seconds.

Hodges was able to reach the consolation semifinals after defeating Marshield sophomore Macie James (27-15) by pinfall at 2:48. In the semifinals, Hodges’ wrestling career came to an end as she was pinned by Dexter junior Julianna Rivers (18-4) with 15 seconds left in the second period.