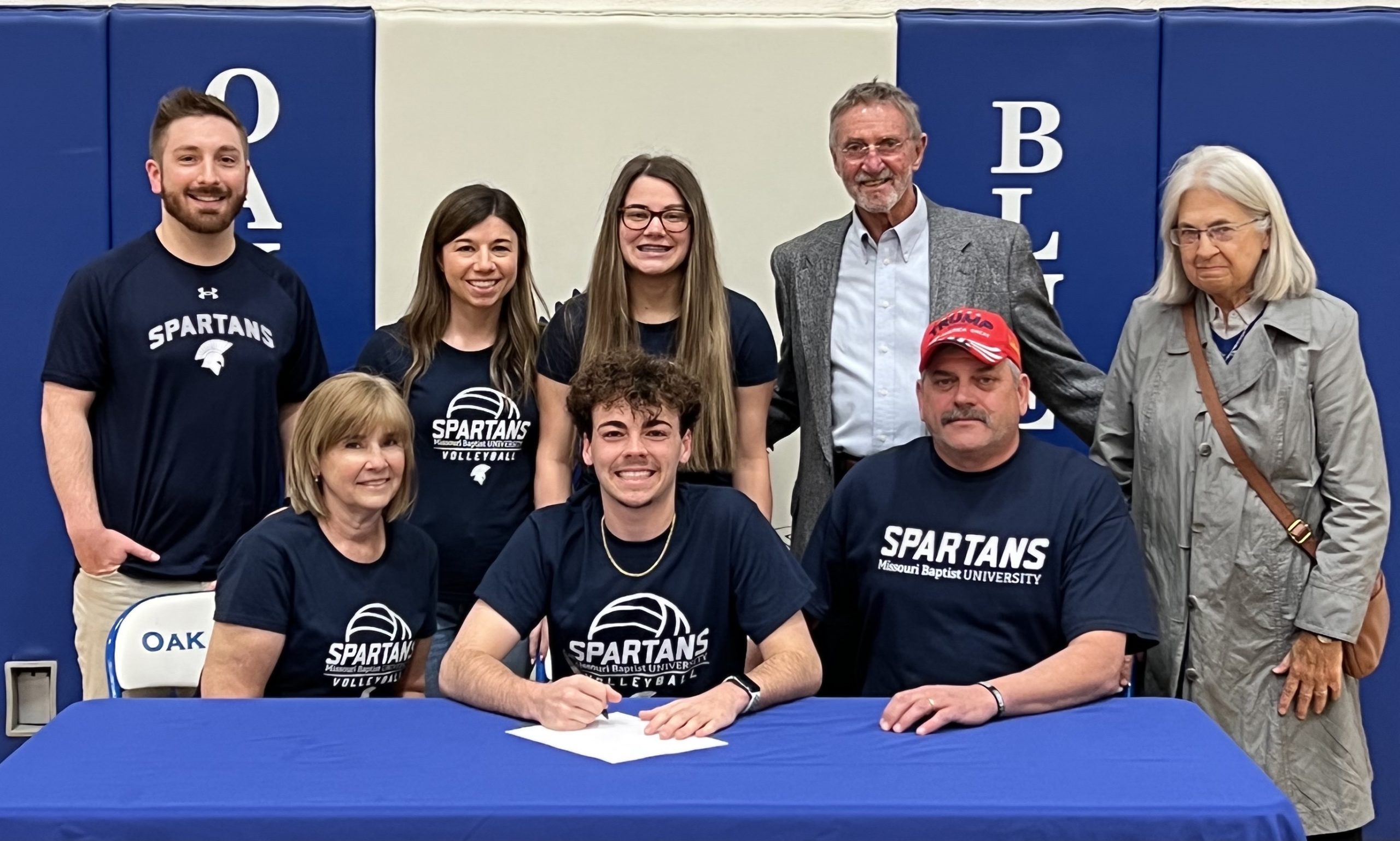 Even though he never played one set of high school volleyball at Oak Ridge, the Blue Jays 2022 graduate Reagan Froemsdorf will play college volleyball at Missouri Baptist.

Since Oak Ridge currently doesn’t have a boys volleyball team, being a college volleyball player was only possible for Froemsdorf by playing club, and he did so with North Stoddard Scott County (NSSC).

At first, Reagan didn’t want to play college volleyball entering his senior year. However, once he was getting close to the end of it, Froemsdorf knew he indeed wanted to.

Thankfully, all of the games from Froemsdorf junior and senior year had been recorded, so he ended up making a highlight tape and sent it out to college coaches.

Reagan first started playing volleyball for NSSC back in seventh grade. Froemsdorf was first introduced to the sport in fourth grade, where one of his friends dragged him into the gym and said, “You’re playing volleyball.”

“I said, ‘No, volleyball is a girl’s sport. I’m not playing volleyball,” Froemsdorf said. “When I first went to practice, I fell in love right then and there. I love the teamwork, how I can lead my friends — there’s just a lot of stuff to love about it. It can get very intense, too, and there’s a lot of pressure on you.”

Froemsdorf is primarily a libero, which is the primary defensive position in volleyball. At this position, Reagan said he is willing to do whatever it takes to help his team even if that means sacrificing his body for the ball.

“It’s a very hard position to play because you have to shake everything off,” Froemsdorf said. “If I mess up a pass, I can’t dwell on that because I’ll just keep going into my thoughts and keep messing up.