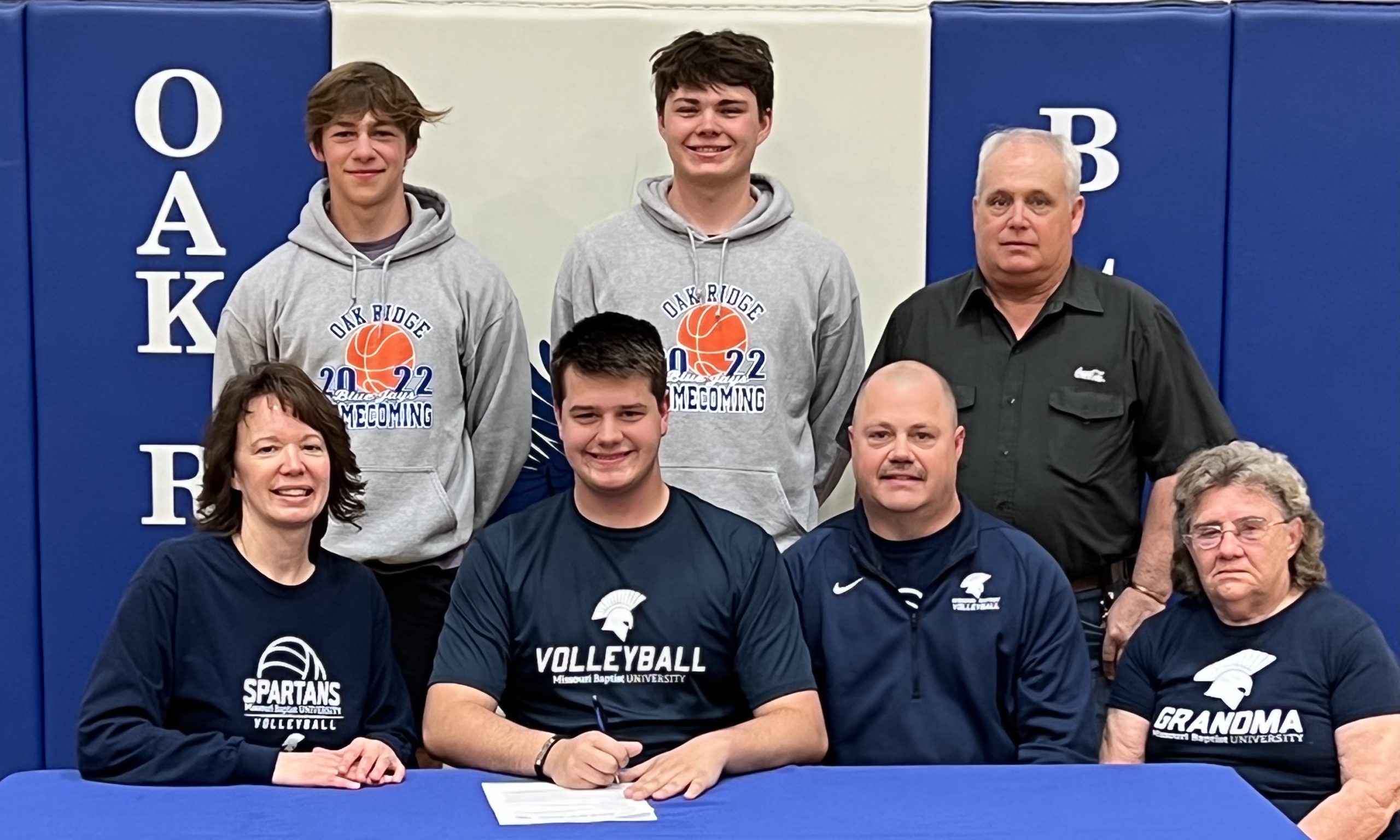 Despite the fact that there isn’t a boys volleyball team at Oak Ridge, this didn’t prevent Alex Seyer from receiving an offer to play the sport collegiately.

Not only will Seyer be a college volleyball player, but he will be one with his older brother Brent at Missouri Baptist. Brent signed with the school back in 2019 after one season of playing with the North Stoddard Scott County (NSSC) volleyball club.

“I just always wanted to play at Missouri Baptist,” Seyer said. “I actually had a tournament there when I was in eighth grade, and I saw all of the banners on the walls for national championships. It made me think, ‘I want to go here! That’s my goal.’”

Even though he’s the younger brother, it was originally Alex’s idea to join NSSC and first start playing organized volleyball. Nonetheless, he’s looking forward to playing with his brother once again.

“I started in the eighth grade, and I’ve always just played with my brother probably since the fourth grade — never seriously and just for fun,” Seyer said. “The opportunity came to play for club, and I took it.”

What Seyer enjoys the most about volleyball is the team aspect, saying that a squad must have six good players to have a successful team. He compared the sport to basketball in the fact that a basketball team could have “one star player” and win many games because of that one person, but that isn’t the case with volleyball.

Seyer said the difference between club volleyball and high school volleyball is that there’s more competition with club because teams will travel to national competitions. Also as a member of NSSC, Seyer has had the opportunity to be coached by current Southeast Missouri State volleyball assistant coach Matt Stolz.

“In club, you go to St. Louis every weekend, and you’re playing these 6-foot-7, 6-6 kids who hit the ball straight down every time,” Seyer said. “You have to train hard and be good at defense for club, and college volleyball is going to be the same.

“Club has helped me with taking hard hits down the line, or the hard cuts with the middles. I’ve really improved over the last year playing against future collegiate athletes.”

Seyer is primarily a setter and says that he’s become more of a leader over the years versus being “more reserved” when he first started playing. Alex said he would just go to his spot and go through the motions, whereas now he picks other players up and motivates them.

Along with joining his brother at Missouri Baptist, Seyer will continue to play with fellow Oak Ridge 2022 graduate Reagan Froemsdorft, who signed with the Spartans on the same day Alex did.

Off the court, Seyer will study elementary education and hopes to be a coach in the future.