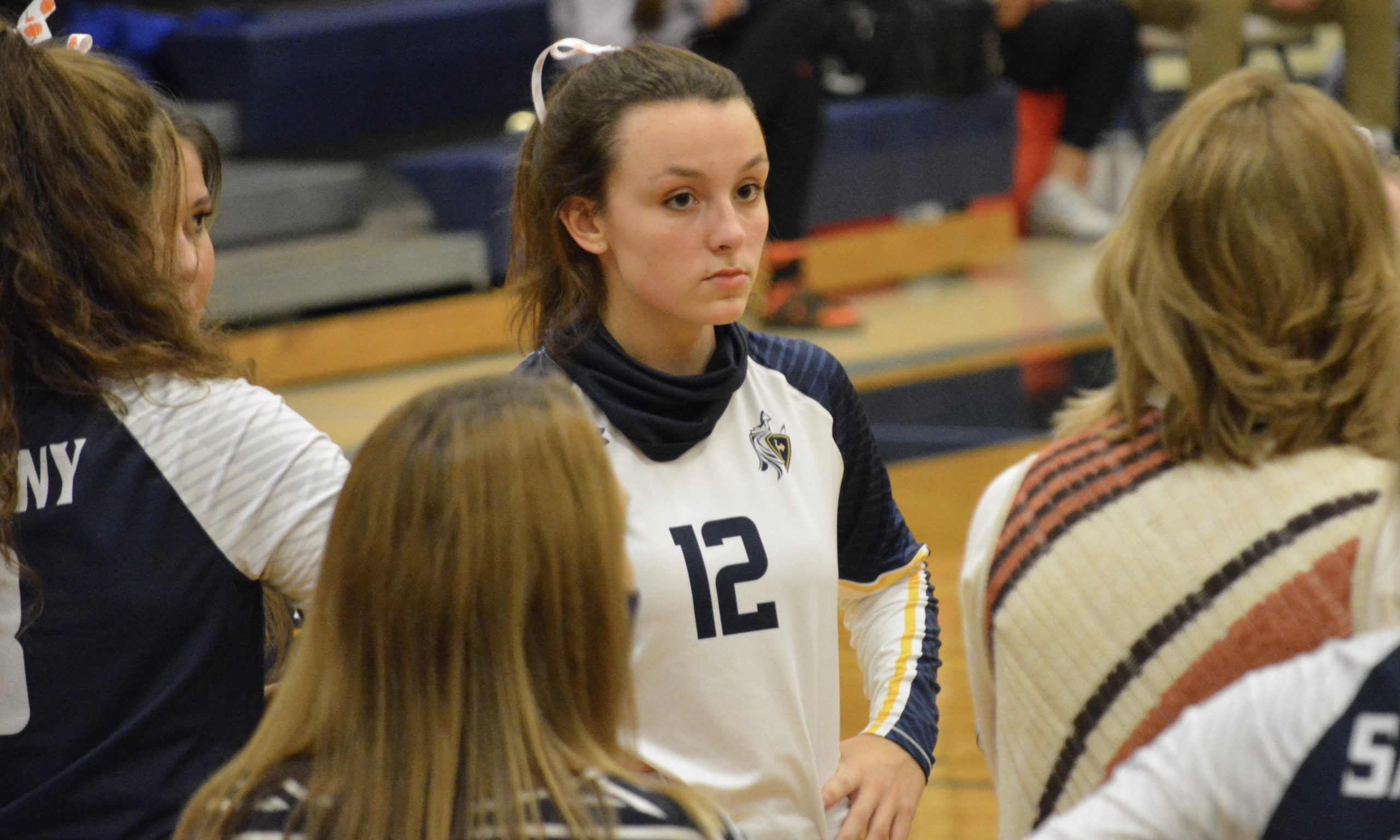 After winning back-to-back district championships for the first time in school history, Saxony Lutheran volleyball is hoping to make it three-straight this season.

However, the Crusaders will have to do so under a new head coach as last year’s junior varsity coach Stephanie Brown has taken the reigns. Brown is no stranger to coaching the sport, though, because before she came to Saxony she coached at Immanuel Lutheran in Perryville for 19 years.

“Volleyball is my passion and it has been since I was younger,” Coach Brown said. “I had three older brothers that all played, so volleyball is something I’ve always been around.

“Saxony to me is a very special place, and I think a lot of good things happen there. It’s just an honor to be a part of Saxony and that they trust me to keep moving the program forward.”

Even though this will be her first year as head coach, Coach Brown is already familiar with all the players on this team due to being the J.V. coach last year.

Two crucial pieces coming back to the court for the Crusaders this season will be returning starters like three-year starting libero senior Anna Mueller and two-year starting middle hitter senior Josey Wahlers.

“You can tell [Mueller] just loves the game, and she may be a little hard on herself sometimes, but that’s only because she expects perfection from herself,” Brown said. “Josey’s height helps her for sure, but she reads the ball so well. They aren’t very many times she gets faked out by a setter. Even if she doesn’t get a block, she’s going to get a lot of touches, which is going to help our back row to slow that ball down.”

On top of their playing experience, Coach Brown says that Mueller and Wahlers’ work ethic is top notch as well as the rest of her team. “This entire team’s work ethic is something that is very special and that I don’t think a lot of people have,” Brown said. “I think they’re just really enjoying themselves and that’s what means more to me than wins and losses.”

Setting the ball to Wahlers will be the likes of junior setter Landre Hoehne and sophomore setter Isabel Brown as Coach Brown wants to run a 6-2 formation. Having two setters will help Saxony because of all the talented hitters the team possesses.

One of them is junior outside hitter Clara Brune, who is a left-handed hitter on the right side. “I think she could have a breakout year,” Brown said. “She’s gone to a lot of camps to get better and get some exposure. She’s a real force at the net.”

Junior Paige Seibel will be Saxony’s other middle hitter besides Wahlers, while juniors Grace Ozark and Annie Adams are also going to be at outside hitter.

Playing back on defense with Mueller will be juniors Callie King and Katie Swain, who Coach Brown said both read the ball well.