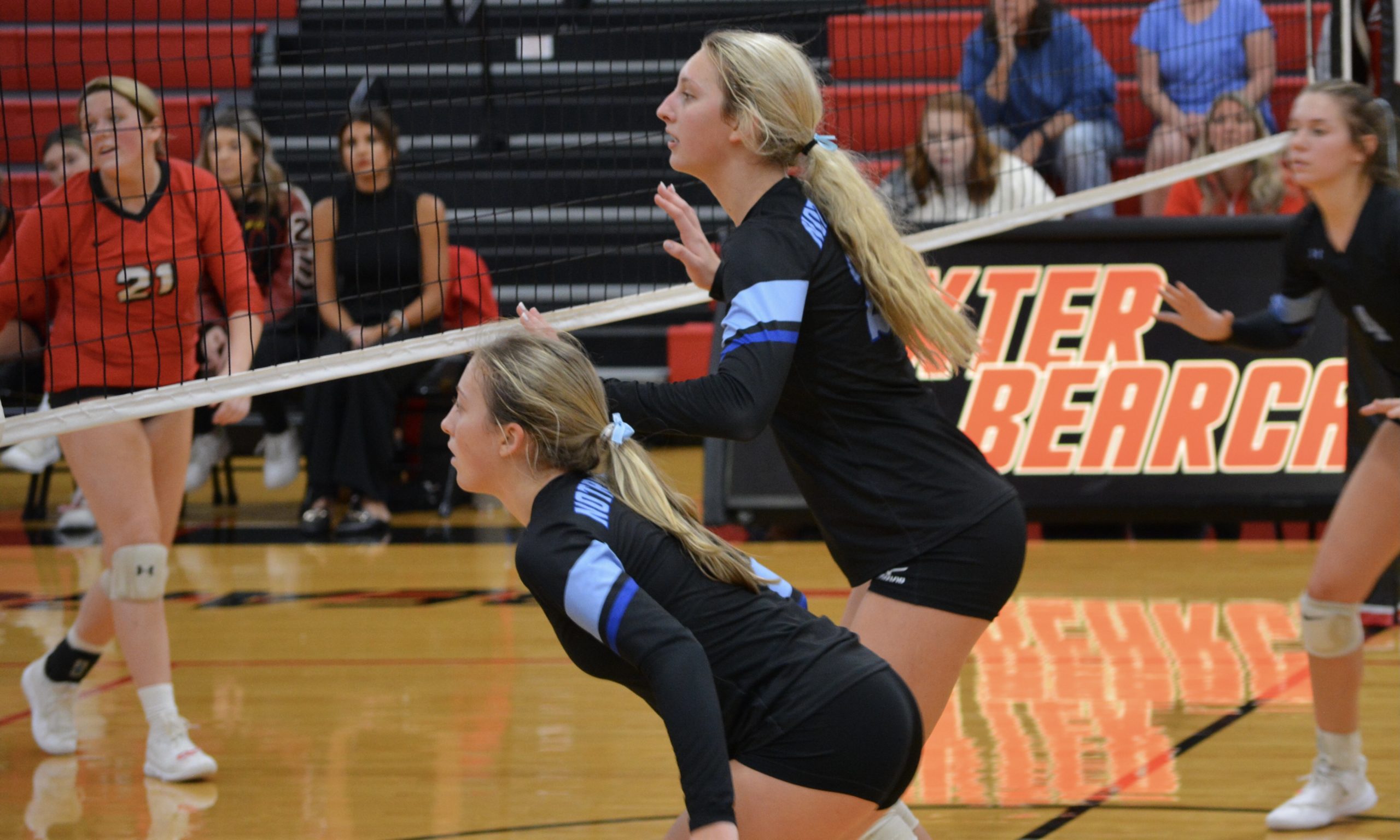 Notre Dame volleyball had a season to remember in 2021 as the Bulldogs were finally able to break their drought of not winning a district championship, which hadn’t happened since 2015.

Along with that, Notre Dame captured the SEMO Conference Regular Season Championship for the first time in four years and recorded its best record in six seasons at 25-6-4 overall.

“Coming off of last year, the girls finally got a taste of what it feels like to win a district championship,” Notre Dame head coach Meredith Brinkmeyer said. “The excitement is there because they want that feeling again. They came in day one ready to work, and they want the younger ones to experience that excitement.”

The Bulldogs graduated several key pieces from last year’s team, though, including 2021 Class 3 All-State selection and outside hitter Rylee McClintock. The current Little Rock Trojan led Notre Dame in kills (376) and digs (438), while being second in hitting percentage (.346) and third in total blocks (44) last fall.

Notre Dame will also miss the presence of middle hitter Lexi Rubel in the front row, who led the team in blocks with 75 and hitting percentage (.409; eighth in Missouri). Rubel, who is now playing college basketball at UT Martin, also paced McClintock in kills with 291 to earn all-district and all-conference honors.

Finally, the Bulldogs also graduated the likes of setters Sarah Brennan, who was named last season’s SEMO Conference Setter of the Year, and Claire Jones. Jones and Brennan combined for 997 assists, while Sarah also finished with 340 digs (fourth most on Notre Dame) and 96 kills (fifth).

Despite all of these players no longer being on the court for Notre Dame, Brinkmeyer is excited for this fall because of the three players she brings back from last year. Those three are none other than seniors outside hitter Kristin Anderson, middle hitter Tori Rubel and libero Anna Garner.

“Those three are really excited, and they push each other in practice to get better and for the team to get better from top to bottom,” Coach Brinkmeyer said. “I’m excited to see what those three can provide leadership wise and the energy they bring.”

Both Anderson and Rubel were named all-district and all-conference, while Garner earned all-district as well. Anderson, who is expected to fill the role of McClintock, finished third for Notre Dame in kills with 207 and digs at 356, while producing the second-most aces (46).

“Kristin has some big shoes to fill, but this summer we were setting her 90% of the time,” Coach Brinkmeyer said. “She’s ready to be that, ‘Hey, serve me the ball. I’m ready to hit it down,’ type of player. She’s a very competitive person, and I think she’s going to step up for us really well this year.”

As for Rubel, she is coming off a junior campaign where she rotated in at middle hitter with her older sister Lexi to make “The Twin Towers.” Tori had a breakout year by recording the second most total blocks (67), third-best hitting percentage (.337) and was fourth overall in kills (117) with a 40.6 kill percentage.

Rubel, who has committed to play basketball at UT Martin with Lexi, enters this season coming off a shoulder injury she suffered near the end of basketball season. Even though Tori dislocated her shoulder before the postseason, she still helped the Bulldogs girls basketball team win a fourth-straight district championship.

“Tori is going to give you 110% all the time — she has that drive of, ‘I’m ready to go,’” Coach Brinkmeyer said. “She’s really focused on blocking right now and has been blocking really well. She’s just quick and reads the ball well — that’s one of the things that really helps her. She can be a forced to be reckoned with blocking, so I’m glad we have her on our team.”

While Garner primarily served as a defensive specialist last season, she will take over libero duties left by 2022 graduate Brooklyn Greaser, who amassed 370 digs in her final season. Anna came up with the seventh-most digs by recording 214 through 94 sets.

While one Rubel graduated from the program, two more are coming in Lexi’s place as freshman middle hitter Kate Rubel and freshman defensive specialist Brie Rubel are primed to make immediate impacts.

“Kate Rubel played a lot with me this summer and is a pretty good hitter already as a freshman,” Brinkmeyer said. “Brie has played back row and some front row for me, but I had her play libero in our last shootout. It was fun to see what she could do — she’s quick and can get to a lot of balls.”

Another freshman and younger sister of one of last year’s graduates Claudia Jones is most likely going to take over as Notre Dame’s setter this season.