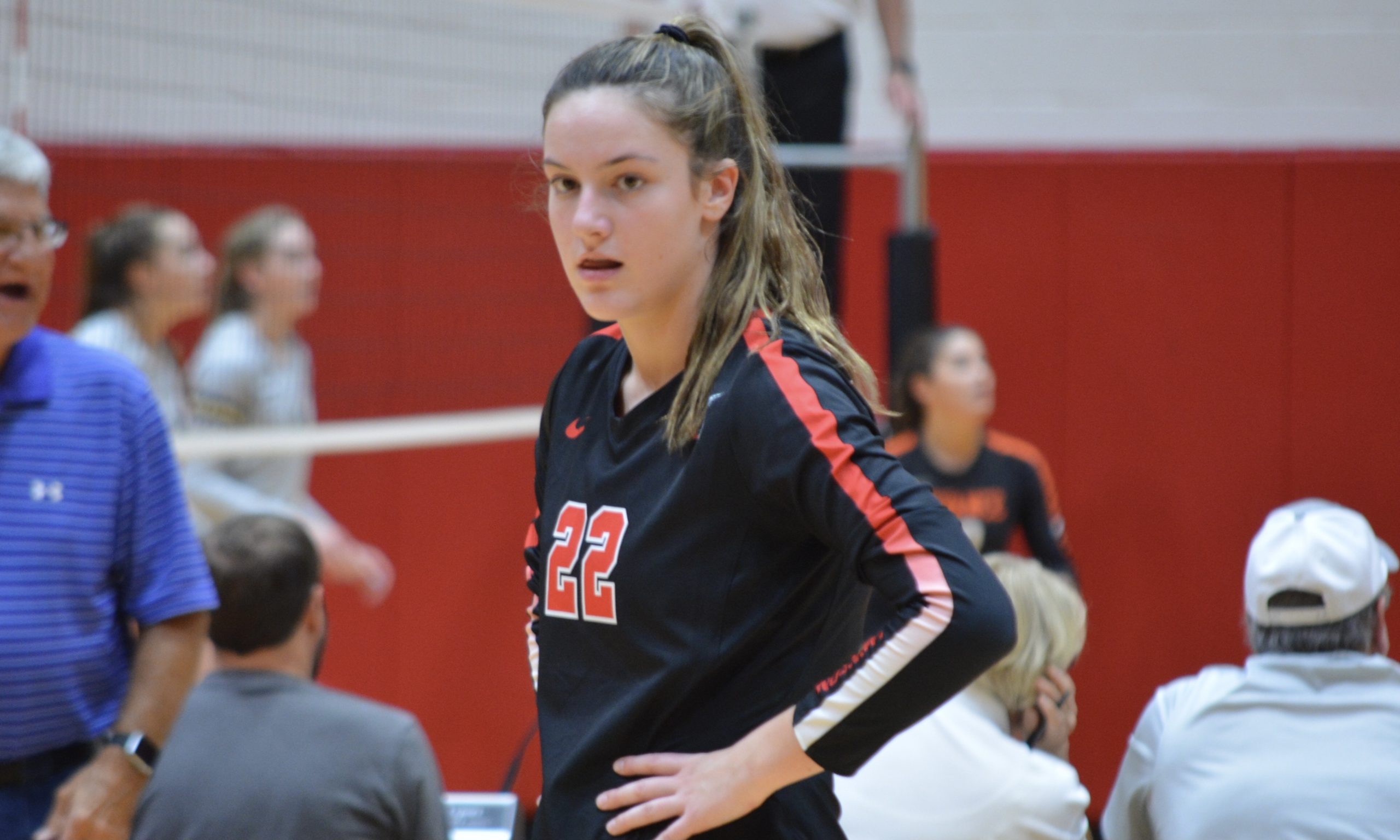 Last season, the Jackson volleyball team came away with its third-straight district championship and recorded 30 wins for the second consecutive season. However, the Indians fell short of going any further as they lost in the sectional round for the third year in a row.

In his fifth year at the helm, Jackson head coach Dave Mirly is confident this year’s squad has what it takes to get over that hump. Not only did Coach Mirly say that this is the most talented team he’s ever coached in 17 years, but he has a theme — “Catching Ghosts” — that perfectly encapsulates what he feels this team is capable of.

“That might be a little confusing to most people out there, but I heard it when I was a kid watching the movie ‘Top Gun’,” Mirly said. “… It means chasing the impossible goals and dreams — the ones that you can’t hardly see and that some teams don’t even talk about.

“Our theme this year is we are going to catch our ghosts, so we’re going after the big stuff. … We have goals of going to the final four and not just getting fourth but placing higher than that. That’s what we’re shooting for.”

On top of winning another district title without losing a single set in the tournament, Jackson won the SEMO Conference Tournament for the third-straight time the same way. The Indians return five starters from that team as well as two other players who played in more than 100 sets one year ago.

During the offseason, Wasilewski was officially offered a scholarship to play at Southeast Missouri State, which would make Nadia Coach Mirly’s first-ever Division-I player. Mirly said following the offer that Nadia is indeed receiving more interested from D-I programs.

“Nadia made a huge jump from last season to this summer. I knew she’s always had the potential to be really, really good, but over the offseason she has matured physically and is much more coordinated,” Coach Mirly said. “She’s confident, more athletic and stronger — she’s better now than I hoped she’d by her senior year.”

Another potential D-I player for Mirly this season is St. John, who became Jackson’s single-season leader in kills as a freshman with her mark of 354 on top of a .401 kill percentage. Coach Mirly explained the importance of having two hitters like St. John and Wasilewski by saying that his team will always have a weapon no matter what with one on the court.

Additionally, Mirly said that Guilliams is another Indian who is receiving “high-end” looks to play volleyball at the next level. In her two years in Jackson’s back row, Holland has registered 523 digs and scored 54 service aces.

“Holland is fearless, which you have to be as a libero,” Coach Mirly said. “She’s been much more consistent this year, and her serve receive was great all summer long. She communicates and is a leader back there — to have her for another year after this is really exciting because she’s already this good.”

Coach Mirly said that other players like Link and junior outside hitter Ella Domian are also being recruited by college programs. Link was Jackson’s leader in assists (1,036) and aces (58) while also being the team’s returning leader in blocks with 60. Domian finished with 187 kills and 32 blocks in 102 sets last year.

“As far as our hitters go, I feel like we’re right there with the best teams in Missouri,” Coach Mirly said. “It’s exciting with all of the talent we have out here, and the cool thing about it is that they’re all in it for each other. They’re not in it for themselves, their own stats or to try to get a scholarship — they’re in it for Jackson volleyball.”

The seventh and final player returning who was in more than 100 sets last fall is junior outside hitter Christa Vandeven. She was one of the three Indians who had 50-plus blocks (53) while also having 123 kills.