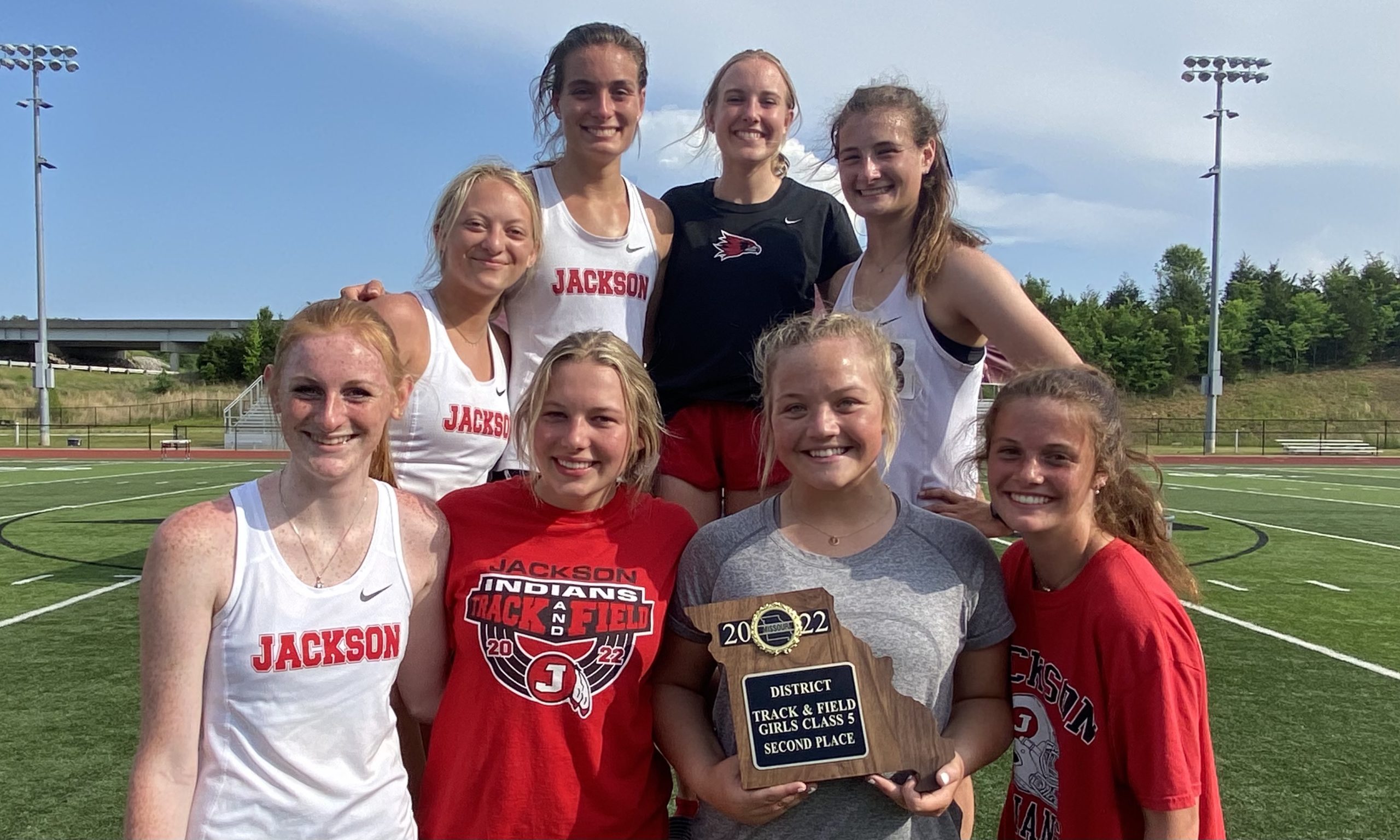 Despite neither team coming away with an overall meet district championship, the Jackson boys and girls track and field teams are both sending numerous athletes to sectionals after both teams took second at the Class 5 District 1 Meet Saturday.

The Indians girls team won four events and placed in the top four of a total of 12 times to qualify for sectionals. Jackson’s boys took first in three events with 13 top-four finishes to move on to sectionals.

Gibbs, who is in her first year on the track and field team, won both the discus and javelin throws with heaves of 114 feet, one and three quarter inches and 120-3, respectively.

The Indians had four runner-up finishes on the boys side as the 4×800 team comprised of junior Cade McCadams, Gentry, junior Cole Puls and sophomore Zach Brazel took second with a time of 6:11.46.

Puls also took third place in the 800 by crossing the finish line at 2:00.97, while junior Hunter Wendel finished fourth in the 3200 (9:57.34) to round out Jackson’s sectional qualifiers on the track.

Moving back to the field events, Indians junior Conner Matthews placed in the top four of two events by taking third in triple jump (40-3.75) and fourth in high jump (6-1.75). Senior Joshua Wehren-berg finished fourth behind Matthews in triple jump with a leap of 39-6.5.

Other second-place finishers for Jackson’s boys team included senior Nolan Chrusciel and juniors Braeden Cain and Noah Gibson. Chrusciel recorded a throw of 144-2 to be the runner-up in discus, while Gibson finished third behind him in the event at 123-5.5.

Gibson took second overall in shot put by recording a throw of 46-8.25, while Cain was able to match Havill’s vault of 13-6.25 for a second-place finish in pole vault.

All of these athletes will competed in the Class 5 Sectional 1 Meet this Saturday at Kirkwood High School.