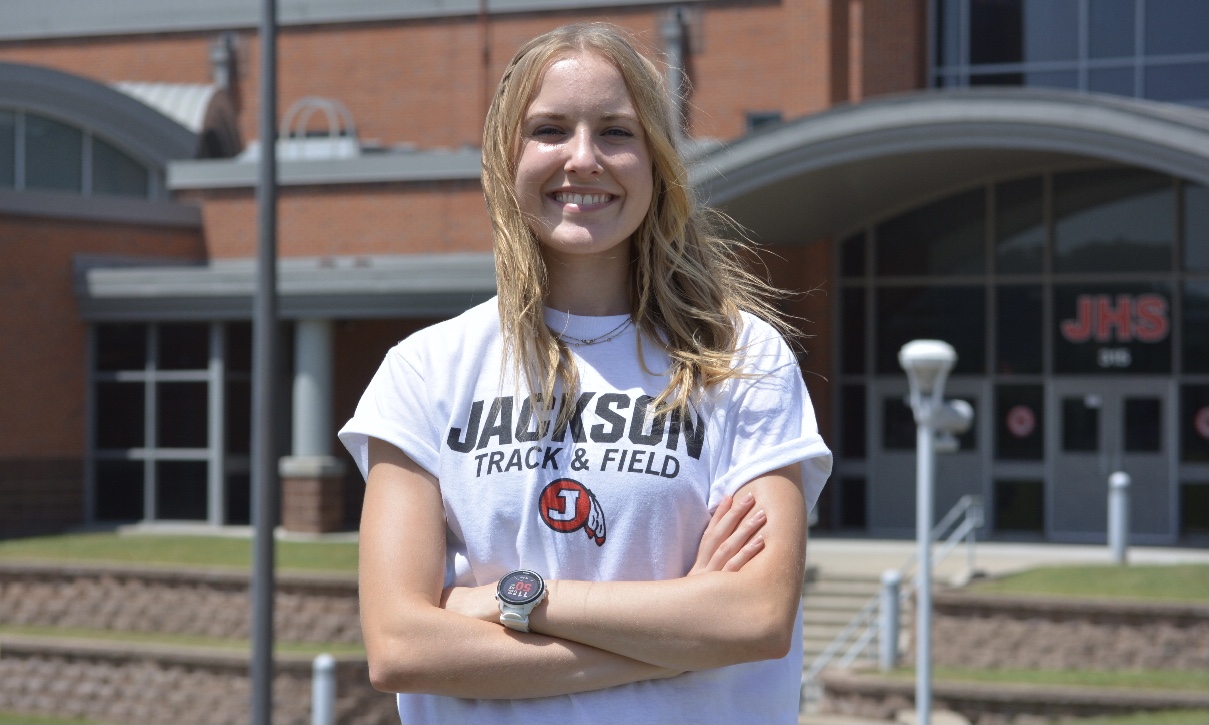 Jackson 2022 graduate Layla Fliege was one of the track and field team's 27 Academic All-State selections. Photo by Jay Forness

Following a successful 2022 spring campaign on the track and field, Jackson also had plenty of standouts in the classroom.

Between both the girls and the boys team, the Indians combined for a total of 27 Academic All-State selections. Athletes can only be nominated by their head coach, who must be a member of the MTCCCA.

Other criteria to be named academic all-state includes having competed in a postseason meet, such as districts, sectionals or state. Academically, athletes must meet one of the following criteria: 25 or higher on the ACT, 1150 or higher on the SAT, or a 3.6 cumulative grade point average (non-rounded and non-weighted) at the end of the fall semester for cross country or the spring semester for track and field.