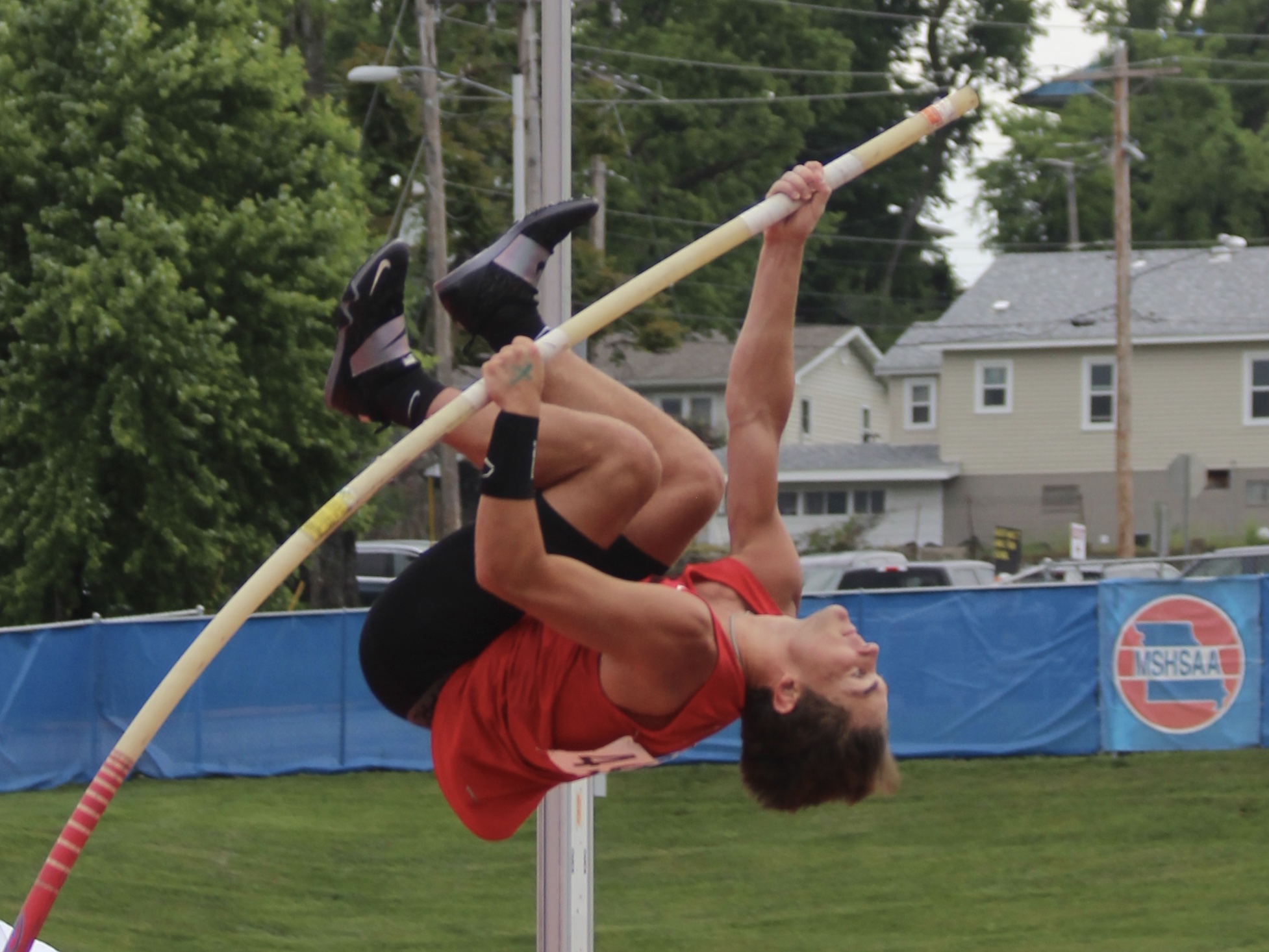 The Jackson boys and girls track and field teams qualified for a combined total of eight events in this year’s Class 5 State Championship Meet hosted Thursday in Jefferson City. The Indians managed to finish in the top eight in two of those events to come away with all-state medals.

Both all-state medalists were on the boys side as junior Collin Havill finished as the Class 5 runner-up in pole vault, while senior Rhet Liley took sixth overall in the javelin throw.

Behind Gleason and Havill to take third was Ft. Zumwalt South senior Jake Schwepker with a 14-3 1/4, while Poplar Bluff junior Luke Barousse finished in fourth (14-0 1/2).

As for Liley, who will continue his career as a thrower at Missouri S&T, he finished his track and field career with a heave of 162-5 to place sixth overall in javelin and earn himself a spot on the podium. Winning the individual javelin state title was Francis Howell senior Mason Brock, who won the event with a throw of 194-3 on his very first attempt. 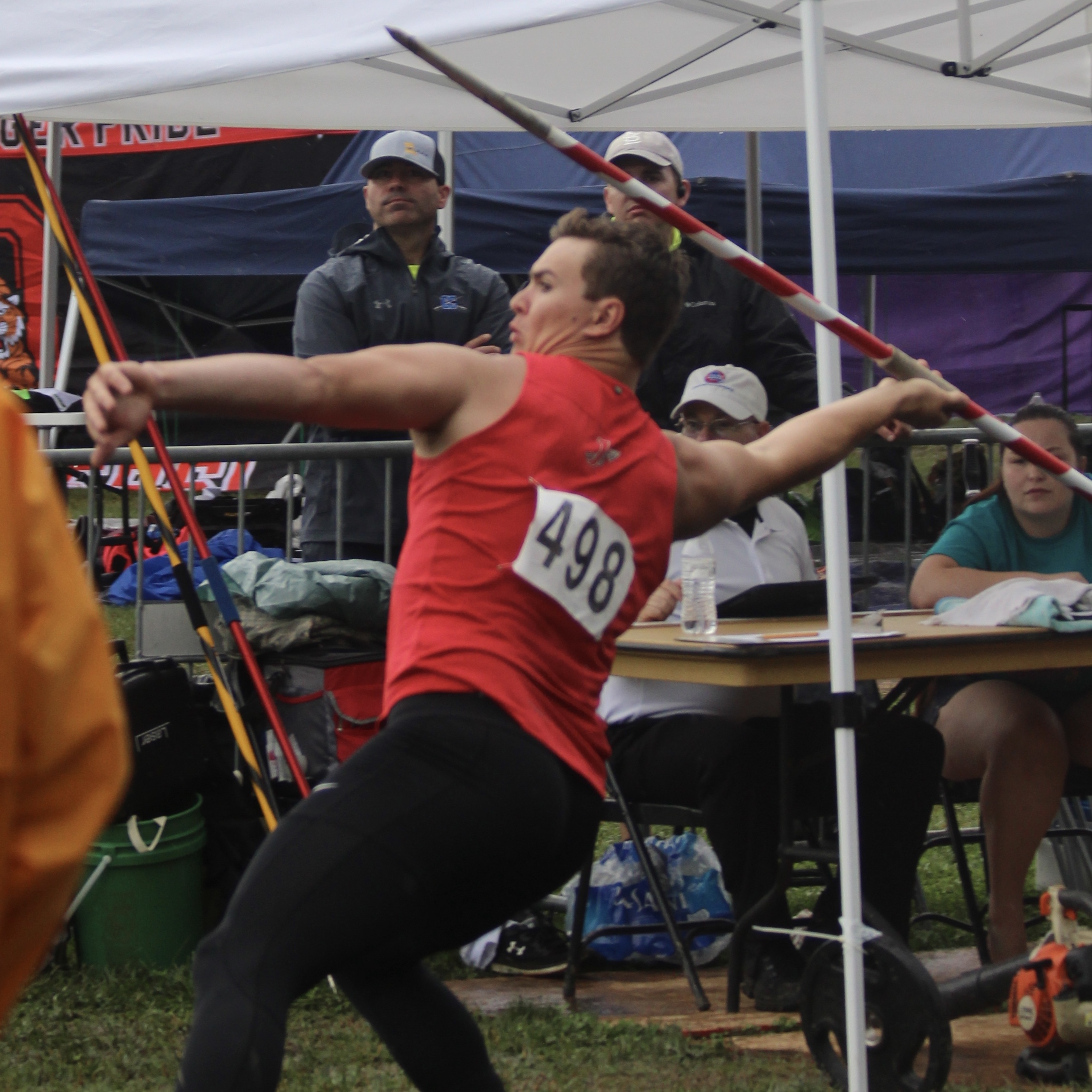 The second and third-place javelin throwers also recorded a heave of 175 feet or more as Francis Howell senior Bryce Kazmaier placed second behind his teammate Brock with a 189-8. Carthage senior Caleb Calvin placed third behind them at 175-1.

Two other individual athletes for the Indians came up one place short in earning a spot on the podium as junior Layla Fliege and sophomore Tony Terry each took ninth in their respective events.

Fliege ran in the 800-meter run and finished with a time of two minutes, 19.32 seconds. This finish was only .07 seconds behind the eighth-place finisher, which was Republic senior Jasymn Douglas (2:19.25).

Claiming the girls Class 5 800 state championship was Lee’s Summit West junior Makayla Clark, who recorded a time of 2:11.59 for the win. Rock Bridge sophomore Carolyn Ford finished as the runner-up (2:14.6).

Terry produced a heave of 49-3 to place ninth overall in shot put, which was four inches less than eighth-place Lebanon junior Tristan Wilson’s mark of 49-7.

Jackson’s girls team was only 2.78 seconds behind the eighth-place Rock Bridge team, which earned a podium spot by crossing the finish line with a time of 9:50.15. Even though the boys team was placed one spot behind where the girls did, they were only 2.39 seconds behind eighth (Liberty; 8:07.37).

The final two athletes to represent Jackson at this year’s state meet were senior Elizabeth Steele and sophomore Briaysia Purl on the track and field, respectively.

The underclassman Purl finished with a higher place at 13th overall in discus by making a throw of 112-3 on her third attempt. Purl’s mark was a little under 15 feet behind eighth-place finisher junior Shayla Stewart out of Capital City.

Lee’s Summit West senior Cydney Banks won the state championship in discus with a heave of 142-1 as Eureka junior Elizabeth Bailey finished in second at 141-2.

Winning the 3200 was Lafayette sophomore Grace Tyson, who did so by completing the race at 10:41.08. MICDS sophomore Julia Ray placed second behind Tyson at 10:41.12.