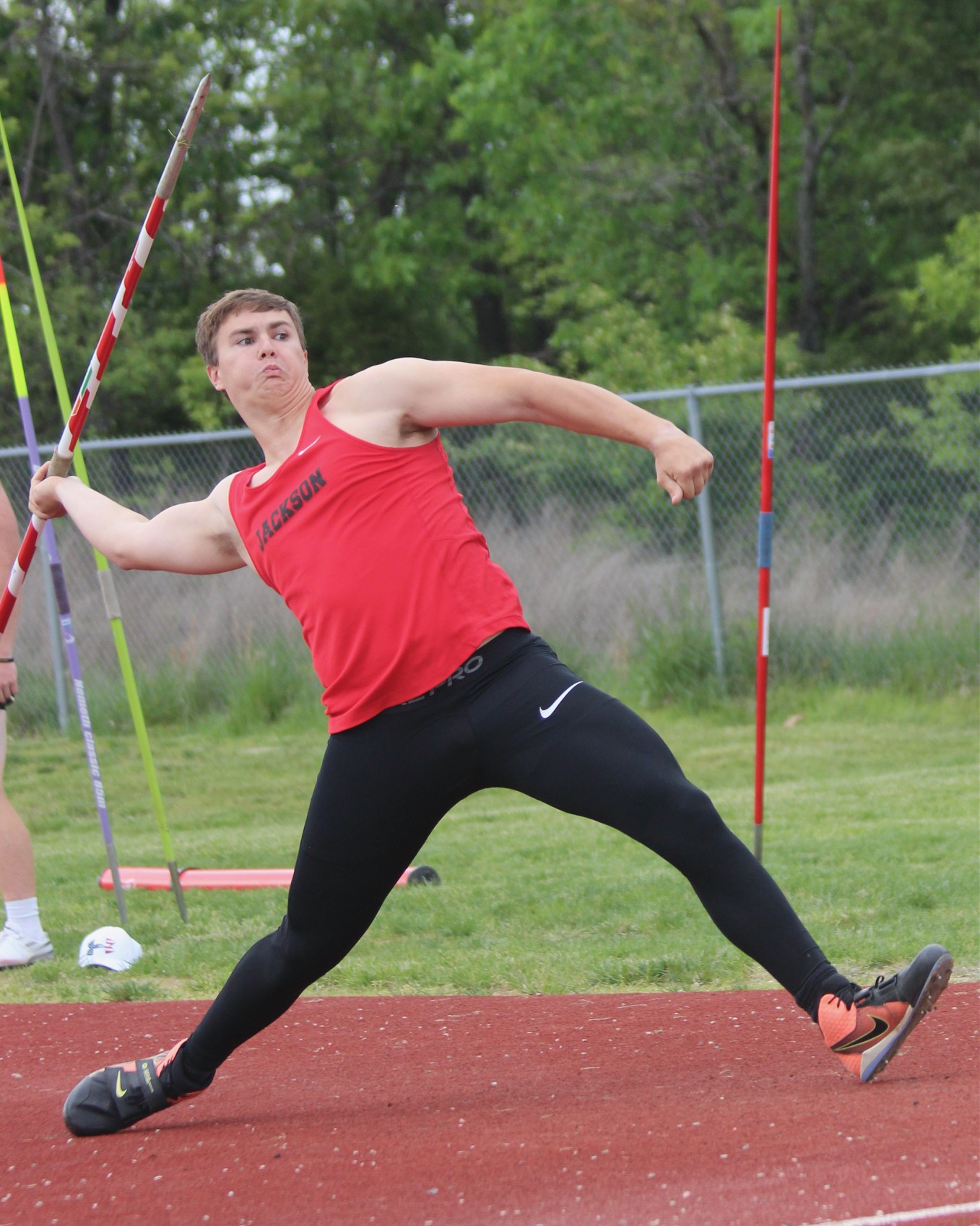 On Saturday, the Jackson and Notre Dame boys and girls track and field teams competed in their respective sectional meets to see which athletes could advance to the state championship meets.

None of the four teams were able to win the overall team title, but each did qualify for state in several events. Both Jackson teams took fourth overall as the Notre Dame boys finished third, while the Bulldogs girls team took 11th.

The team that is sending the most athletes to state is Notre Dame’s boys squad, which placed in the top four of nine events at the Class 3 Sectional 1 Meet. This is the most events the Bulldogs boys team has ever qualified for state in school history. On top of that, Notre Dame also won three events along with a runner-up finish.

Claiming first individually was senior and Saint Louis signee Evan Bruenderman, who won the triple jump by recording a mark of 43 feet, 11.25 inches. Bruenderman qualified for state individually in another event as he set a new personal record and broke his own school record in long jump with a leap of 21 feet, 6.25 inches to take third.

Bruenderman was a member of the 4×200 sectional championship team along with his younger brother sophomore Cole Bruenderman as well as junior Caleb Garner and senior Tommy Taylor. They won the race with a combined time of one minute, 31.29 seconds, which is a new school record.

Taylor qualified for the Class 3 State Meet in another event as he was the runner-up in the 400-meter dash by posting a time of 51.6, which was a personal best.

The third and final sectional championship won by Notre Dame’s boys team was in the high jump as sophomore Greg Dennis recorded a leap of 6-4 to take first. Dennis also qualified for state in the 110-meter high hurdles by taking third overall with a time of 15.71.

As for the Jackson boys and girls in Class 5 Sectional 1 and Notre Dame girls in Class 4 Sectional 1, each team finished in the top four of five events to move on to state. The Indians boys team was able to take home gold in three events, while the Bulldogs girls team was also able to win one.

Jackson boys won both of its events on the field as senior Rhet Liley and junior Collin Havill each took first in their respective events. Liley won the sectional championship in javelin with a heave of 148-5 as the runner-up was nearly five feet under Rhet’s throw.

Havill won his event fairly handedly as well by taking first in pole vault with a mark of 13-11.25, which was nearly a foot higher than second place.

Coming away with her first-ever Class 4 Sectional 1 Championship for the Notre Dame girls was none other than sophomore Jenna Givens, who won the triple jump with a 36-2.25.

The final girls athlete for Notre Dame to place in the top four and move on to state was senior Haley Smith, who recorded a personal-record time of 2:25.01 in the 800-meter run for fourth place.

The other state qualifiers for Notre Dame’s boys team includes the fourth-place 4×100 (44.45) and 4×400 (3:37.47) relay teams. Taylor is on each team as Garner is also runs on the 4×400, while the 4×100 unit is made up by Evan Bruenderman and seniors Hayden Jansen and Zach Blecker, who was an alternate. Blecker also stepped up as an alternate for the 4×400 team along with fellow senior Evan Boyd.

The three other events the Jackson boys team qualified for state in were the 4×800, shot put and high jump. Underclassmen and sophomores Conner Matthews and Tony Terry both placed in the top four as individuals in their respective events. Terry took second in shot put with a throw of 49-1, while Matthews placed fourth overall in high jump at 5-11.75.

While Jackson’s girls team didn’t end up winning an event at sectionals, the girls still qualified for the Class 5 State Meet in five events as junior Layla Fliege placed in the top four of two individually. Fliege did so by taking fourth in the 800 (2:20.81) and 1600 (5:27.52).

Fliege will also compete at state as a member of the 4×800 team that finished third with a time of 9:54.19, which also includes juniors Brooklyn Burgess, Addie Heisserer and sophomore Mallorie Metzger.

The final track event Jackson qualified for state in was the 3200 as senior Elizabeth Steele placed fourth overall by recording a finish of 11:56.06.

Jackson’s lone field athlete to move on to state was sophomore Briaysia Purl as she finished second in the discus throw with a heave of 107-11.25.

The Class 3, 4 and 5 state championship meets will all be held tomorrow in Jefferson City.