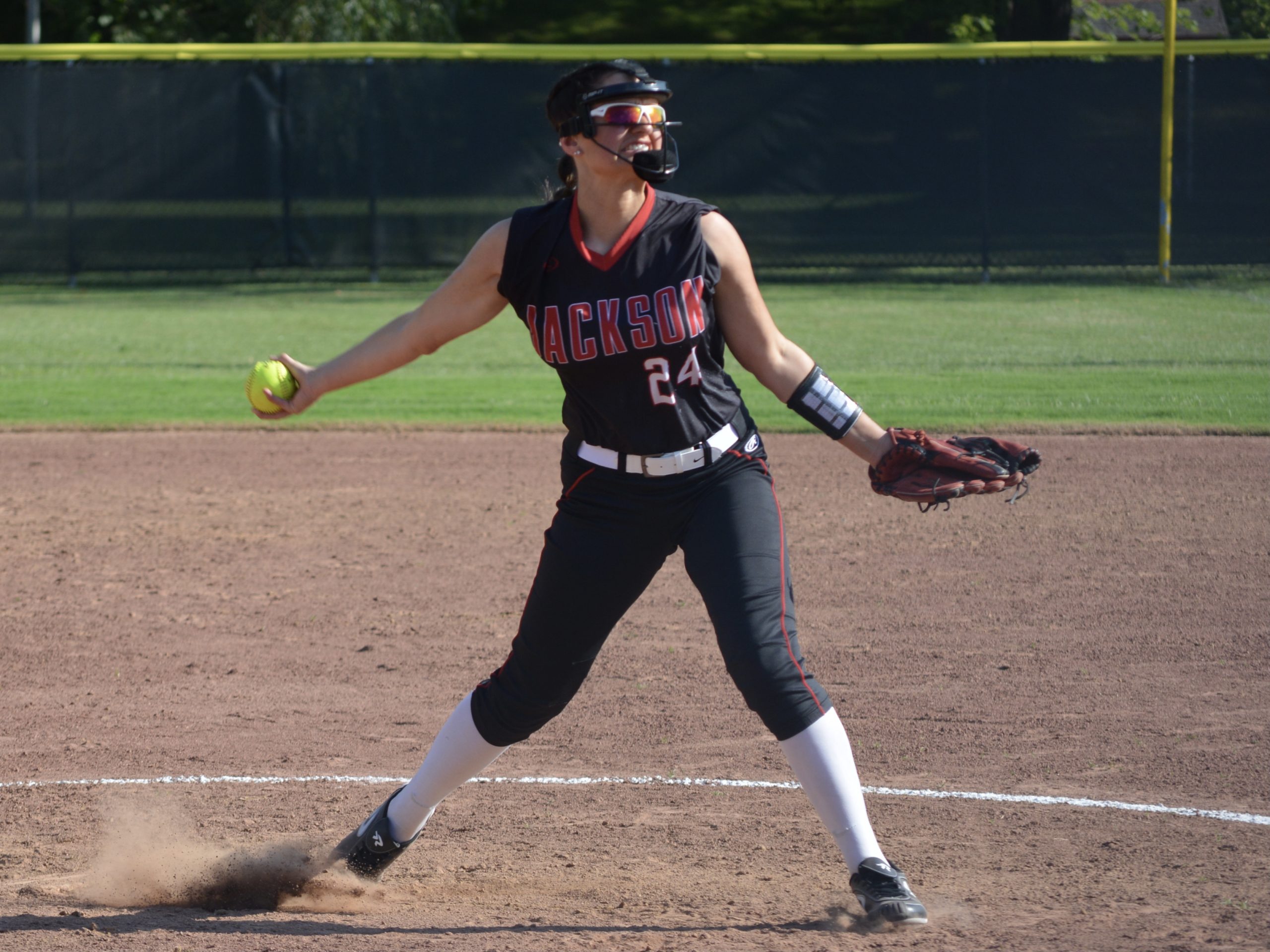 Senior Karli Johnson became the winningest pitcher in Jackson softball history in a 8-0 win over Cape Central Wednesday on the road. Photo by Jay Forness

Johnson did so when she picked up career win No. 45 in a 8-0 victory over SEMO Conference rival Cape Central, where she not only struck out 15 batters but also recorded her seventh shutout of the season. Having the Indians previous record of 44 career wins was Alice Marler.

Through 12 starts this fall for Jackson, Johnson is currently 8-4 overall with a 1.75 earned run average while striking out 103 batters. The Indians have outscored opponents 90-32 this season while scoring double-digit runs six times, while they’ve only allowed 10 runs scored once.

Last fall in her junior campaign, Johnson recorded 15 wins with only three losses on top of a 1.44 ERA and 124 Ks. Karli went 14-6 overall as a sophomore as she finished with a 2.68 ERA along with 117 strikeouts.

In Johnson’s freshman campaign with the Indians, she managed to go 8-1 with an earned run average of 2.14 and recorded 54 Ks.

Helping Johnson on the defensive end this season is an infield led by seniors Miranda Carnell at shortstop, Kylie Darrow at second base, Miranda Ladson at catcher and freshman Miley Conklin at third base. Playing in the outfield is senior right fielder Brandi Smythe, sophomore left fielder Madelynne Wagganer and freshman center fielder Jaylie Walther.

Carnell and Ladson both currently have perfect fielding percentages with zero errors, while Darrow and Smythe each have only made one error. No Indian has made more than three errors thus far.

At the plate, Smythe and Carnell are both batting over .400 as Brandi leads with a .433 batting average as Miranda is right behind her at .432. Carnell leads Jackson in hits (16), runs batted in (13), tied for first in home runs (one) and is tied for second in runs scored (13).

Jackson has yet to win a district championship in Johnson’s career as the Indians reached last year’s district title game but fell to crosstown rival Notre Dame, 6-3. The Bulldogs were moved up to Jackson’s classification because of the MSHSAA championship success multiplier that was first implemented last school year.

The Indians faced Notre Dame a total of four times in 2020 and lost each matchup by a combined total of 21-6. Jackson (8-5) will travel and face the Bulldogs (7-3) next Thursday.