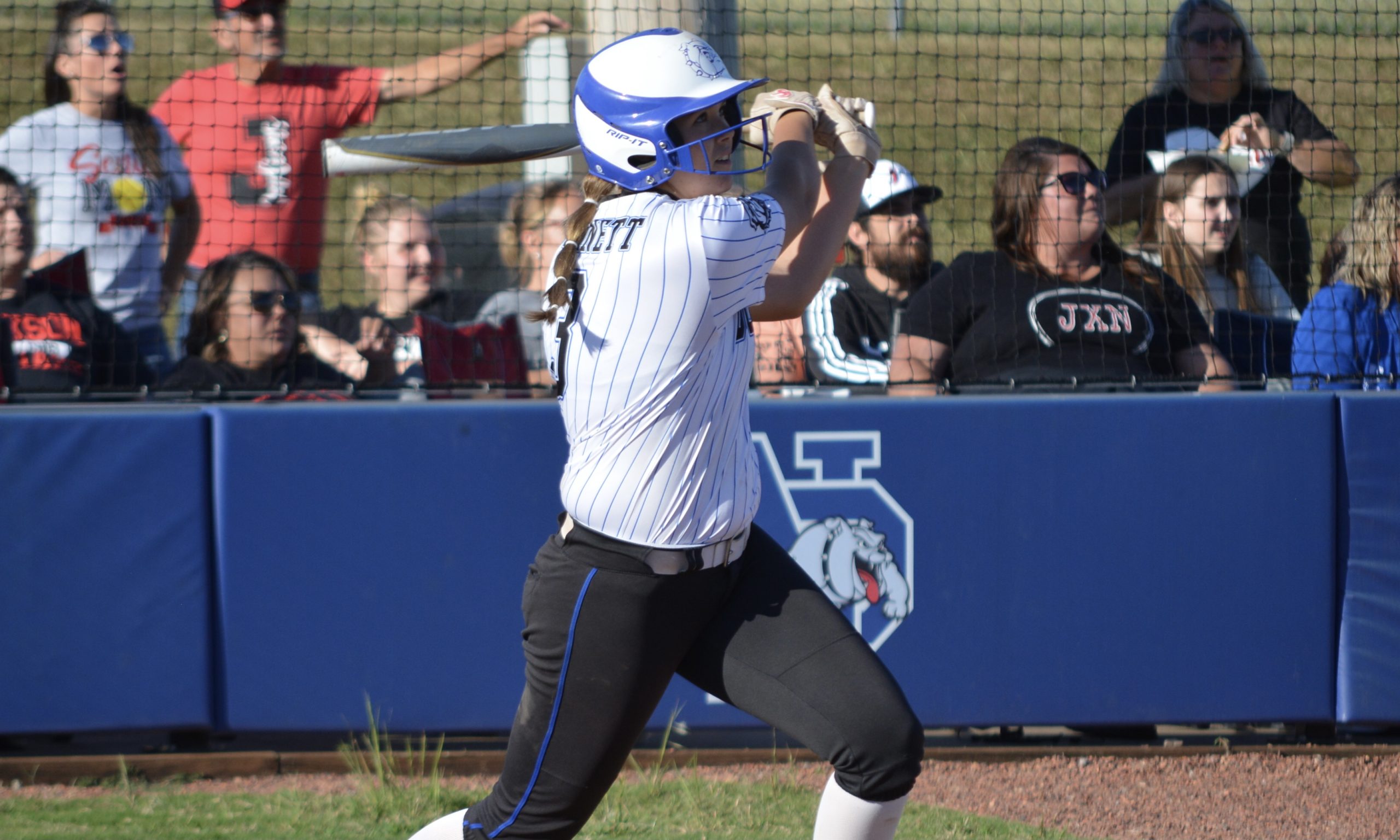 Despite not coming away with what would’ve been a third-straight district championship last fall, the Notre Dame softball team still managed to produce its third consecutive 20-win season.

One positive about not having postseason success last season is that Notre Dame should drop down back to Class 4 instead of having to play in Class 5. The Bulldogs were having to play up a class because of MSHSAA’s success factor for private schools.

Another plus for Notre Dame is that it returns most of its starters from last season, including the trio of seniors Southeast Missouri State commit and first baseman Hailey Burnett, third baseman Ainsley Burnett and shortstop Kadi Dohogne.

“It’s going to be fun to watch these girls play,” Notre Dame head coach Jeff Graviett said. “We had a good run in Class 5, but we fell just short last year. Now that we’re back in Class 4, I feel like we’re a legit final four contender.”

These three combined for 17 of Notre Dame’s 25 home runs last season as Hailey Burnett lead the way with eight. Ainsley Burnett paced her with six dingers of her own, while Dohogne produced three.

“Hailey is coming off a big junior campaign, where she separated herself as our leading hitter,” Coach Graviett said. “She’s got some huge hits, especially the walk-off homer against Jackson from last year.”

The Burnett and Dohogne trio also finished as the top three leaders in runs batted in. Ainsley finished with a team-high 38 RBIs as Hailey was right behind her with 37, and Dohogne also recorded 30-plus RBIs at 31. Ainsley returns as Notre Dame’s leader in hits as she produced 44 last season.

“Ainsley came in her freshman year not knowing what to expect and almost broke our RBI record,” Coach Graviett said. “She’s put a little more pressure on herself since then, but I think she’s relaxed now being a senior leader.”

Kadi returns as the Bulldogs leader in batting average (.439), doubles (11) and tied with Hailey for the second-most runs scored at 26. Dohogne paced Ainsley in total hits last season with 43 while also having five stolen bases.

“Dohogne is the best pure hitter of the bunch if she gets away from trying to do too much,” Graviett said. “One of our team leaders even though she tries to tell me she’s not.

“She’s a girl who’s probably going to coach when she gets done with college. She’s just got that nack as an on-the-field coach and can teach hitting with the best of them right now. We’ll go as far as she goes.”

Also returning to the starting lineup will be sophomore center fielder Jacie Smith, who finished with a .357 BA, 25 hits, two home runs and 19 runs scored.

Nearly just as important as returning this trio of hitters is that Notre Dame returns all three of its pitchers from last year. Hailey Burnett will see more time on the rubber after only pitching 22 innings in 2021, where she went 3-2 overall with 24 strikeouts and a 2.22 earned run average.

While many already know Burnett to be a force at the plate, Coach Graviett is expecting for her to have a breakout year and be just as dominant as a pitcher.

“Hailey Burnett brings a lot of velocity on the mound, but she’s coming on a little slower on the mound because she was hurt to start the year last year,” Graviett said. “She’ll be able to throw velocity wise with the best of them.”

Fellow senior Halle Ressel was Notre Dame’s primary pitcher last fall as she threw 127 innings for a 12-5 record. She also, of course, finished with the most strikeouts at 70 while finishing with a 3.03 ERA.

“Halle Ressel brings a lot of competitiveness — she gets focused and gets things done,” Graviett said. “She’s not going to woah you away with her speed, but she makes her pitches and hits her spots well. She’s just a tough kid.”

Bulldogs sophomore pitcher Taylor Kutz will also continue to see plenty of innings on the rubber after finishing 5-4 with 31 strikeouts and a 3.88 ERA through 39.2 innings last fall.

“We’ll be as deep of a pitching staff as we’ve been in a long time,” Coach Graviett said. “We’ll run different arms out there and keep people fresh. It makes it tougher coaching because you’ve got options.

“We want to keep them fresh but also keep them competitive because it seems the more they throw, they better they throw.”

When she’s not pitching, Ressel will most likely play second base defensively. She recorded a .308 average last season and also had 32 hits and 23 RBIs.

Another senior crucial for the Bulldogs is outfielder Ali Ziegler, who has every season on varsity. The sixth and final senior who will contribute is infielder/outfielder Emma Steimle.