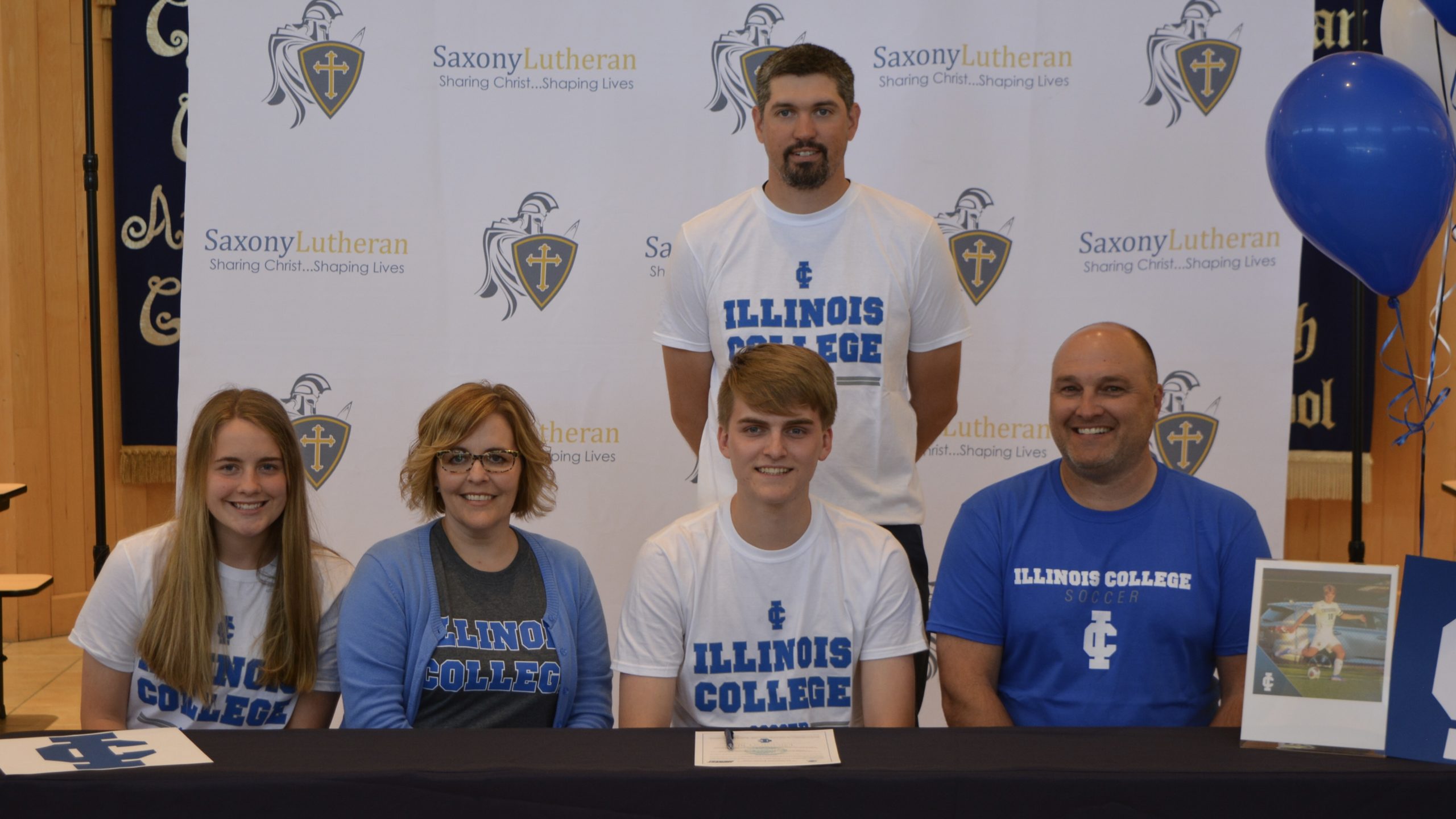 Over the past four years, soccer has been a “nonstop” activity for Saxony Lutheran 2021 graduate Paul Adams. Along with being one of the Crusaders top players on the pitch in the fall, Adams spent his springs playing for teams in St. Louis.

The first two springs Adams played for St. Louis Scott Gallagher and would have his junior year as well if not for the coronavirus pandemic. This spring, Adams suited up for a sporting team with five players from Jackson, who won a Class 4 State Championship in the fall.

“There are some very talented kids once you move out of this area as well,” Adams said. “Competing with that level is definitely going to help me in the college scene. This year was a very good year for Southeast Missouri soccer. I think the soccer scene down here is going to be good for years to come.”

Adams did all of this to ensure he would play soccer at the college level. All of the work and hours Paul put in paid off when he signed with Illinois College back in April.

“Signing means absolutely everything to me,” Adams said. “It means a lot for me to be able to keep playing and keep that dream of mine going to play soccer at a higher level. I’m very excited for what’s in store.”

Adams signed with Illinois following a playing career at Saxony where he helped the Crusaders reach the Class 1 Final Four for the first time in school history his freshman year. Saxony won two more district titles after that, but the team finished as district runner-ups when it was forced to move up to Class 2 this past fall.

“My freshman year was definitely a very memorable one,” Adams recalled. “In the quarterfinal game getting the honor to score those two penalty kicks and send us to our first final four. That’s definitely something that meant a lot to me.”

This season, the Crusaders only suffered three losses with the first being to Class 4 State Champions Jackson, 1-0, and then to Class 3 state runner-ups Notre Dame, 2-1. For the Class 2 District 1 title, Saxony fell to St. Mary’s of St. Louis 2-1, which fell to state runner-ups Orchard Farm 2-1 in the quarterfinals.

Overall, the Crusaders finished 11-3 overall after recording seven shutouts and outscored teams by a total of 37-10 while never losing by more than one goal.

“We had a great season,” Adams said. “We had one of the best records we’ve ever had here at Saxony. Our defense was absolutely incredible only giving up a little over half a goal per game. It’s definitely been an honor to play here and especially playing for Chris Crawford. He’s definitely been a very helpful role model throughout these four years.”

Paul said what he’s come to love the most about soccer is the bond he creates with his teammates and coaches. Adams said everywhere he’s played he’s always had an “incredible coach.”

“I’ve always had incredible leaders on my teams, and they always form great relationships with us,” Adams said. “I always see them as role models in my life, and I’m very thankful for everyone that’s been there for me and coaching me along the way. I feel like the coach at Illinois College is going to be that exact same way.”

The men’s soccer head coach at Illinois College is Evan Philpott, who will be in his third season at the helm for Paul’s freshman campaign. Philpott is a former college soccer player himself and played at Eastern Illinois.

“He’s a younger coach, and the main reason why I’m going to Illinois College is because of him,” Adams said. “A lot of the characteristics I’ve seen in him over the past couple of months, he reminds me a lot of Coach Crawford.

“Crawford is definitely one of my favorite coaches ever and is like a second father to me. … Illinois College also has the major I want to have, which is Actuarial Science. It’s a great, little tiny school, and I’ve always been used to little schools. I felt like it was the perfect fit for me.”

To prepare for college, the main thing Adams has been working on is his fitness. Paul played in St. Louis two times a week this spring, and he’s still been having to keep up with his running. “I want to be the best, so I like to put in the work during the offseason so I can be ready for the season,” Adams said.