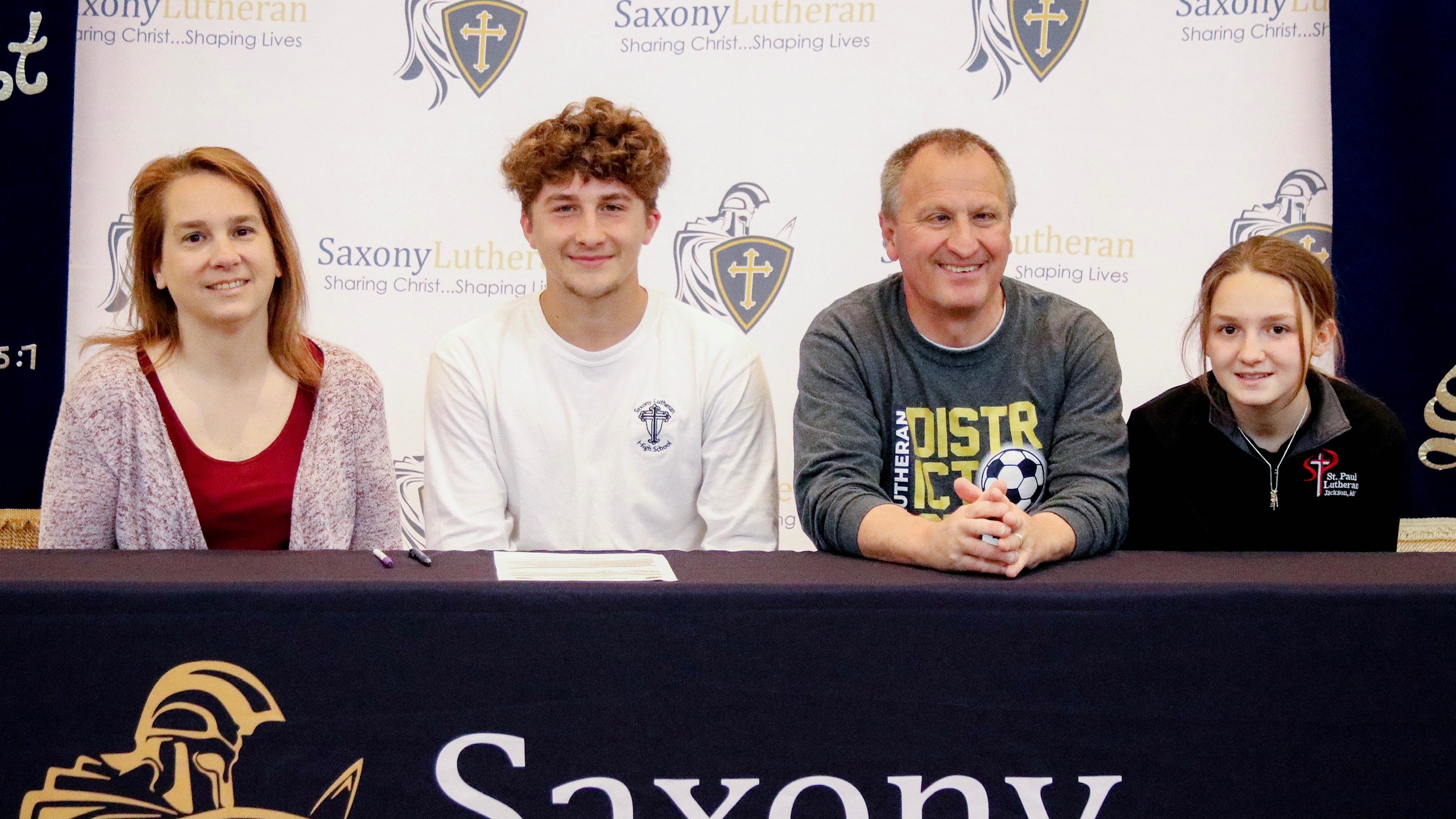 Playing college soccer is something that DJ Dreyer has dreamed of doing his entire life ever since he first started playing soccer back in the second grade. The Saxony Lutheran 2021 graduate fulfilled this very dream when he officially signed with Illinois Valley Community College last month.

This was after a season with the Crusaders where he helped them finish 11-3 overall and reach their seventh-straight district championship match. Saxony was unable to win what would’ve been its sixth-straight district title, but Dreyer and his teammates still had a season they’ll never forget.

In the 2020 fall season, the Crusaders produced a total of 37 goals and only allowed 10 as they recorded a total of seven shutouts. Dreyer finished with four points as he scored one goal and dished out two assists.

“We all were like, ‘Hey, we want to go to state and win it,’ because our team was good enough to do it,” Dreyer said. “It stinks that it didn’t happen, but we look at the great season we had and keep looking forward to next year’s team. We want them to keep on having that motivation to win state.”

The main reason why Dreyer started playing soccer in elementary school was because all of his friends played the sport. Dreyer took his passion for the sport to another level during his freshman year.

“What motivated me was my freshman year because of how hard it is playing against upperclassmen and really good teams,” Dreyer recalled. “I told myself, ‘You need to get fit, you need to get in shape and you need to do everything you can to be on this team.’”

Dreyer’s freshman season was when Saxony reached its first-ever final four and placed third in Class 1. The Crusaders went on to win two more district titles after that, but they fell to Principia back-to-back in the quarterfinals. Principia went on to win the Class 1 State Championship in 2019.

“I love this team with my whole heart,” Dreyer said. “I was on the team when we went to state. We all were a family and that’s what we go by. Now as I’m leaving and going to a new family, I can bring that same energy.”

Dreyer said he decided to sign with Illinois Valley because he wanted to do things a little differently than say fellow 2021 graduate Paul Adams, who went to Division-III Illinois College.

“I want to go to a two-year and get my studies done early, and then I want to transfer to like a D-III my junior and senior year,” Dreyer said. “I really like the coach. We talk on a daily basis, and I feel like he’s finally getting to know me more. He’s excited to get me to play for him, and I can’t wait.”

What Dreyer enjoys the most about playing soccer are the away games because of the traveling. Drew cherishes spending those bus rides with his teammates and, of course, goofing off every now and then with them. Dreyer also appreciates how much hard work and energy people put into this one sport.

“I give my all to my teammates, and if they want me to do more I do more,” Dreyer said. “If I don’t contribute, they are there to tell me, ‘Hey, you need to do this and work on that.’ They’ve helped me grow into the player I am now.”

Another key person in Dreyer’s life at Saxony was head coach Chris Crawford, who DJ said pushed him to become the greatest player he could be on the pitch. “I’m thankful for him to be my coach. Without him, I don’t think any of this would’ve ever happened.”

What Dreyer is going to miss the most about Saxony is learning about Jesus everyday. However, something that Dreyer’s former religion teachers have instilled in his mind is that he needs to continue living in faith. “The teachers at Saxony care about you day and night, and they pray for you,” Dreyer said.