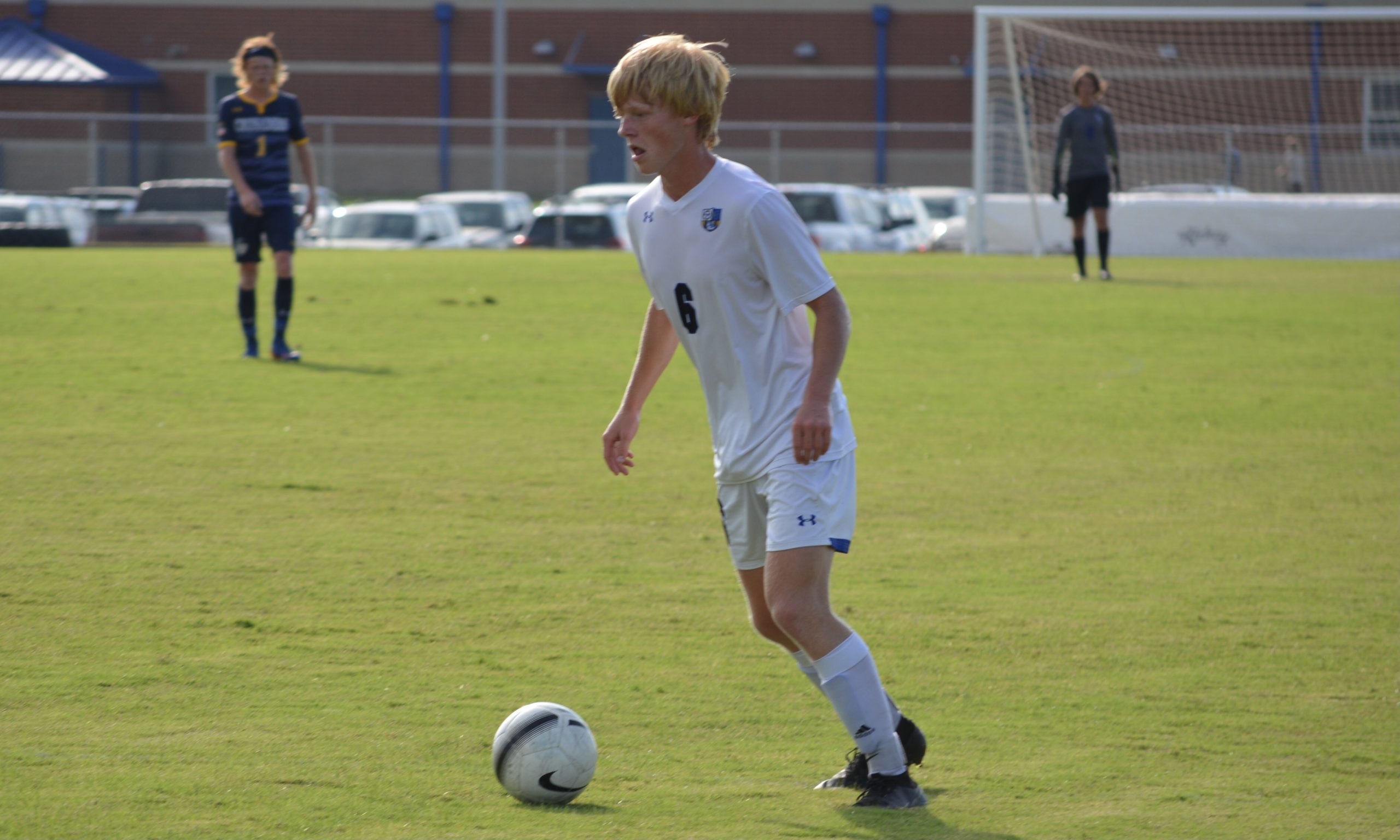 For the first time since 2019, the Notre Dame boys soccer team was able to defeat SEMO Conference rival Jackson in regular-season action last week. The Bulldogs (18-3) shutout the Indians (14-5-2) 2-0 for Notre Dame to take home the conference championship.

Scoring the game-winning goal was junior forward Will Dodson, who did so unassisted at the 19-minute mark to give the Bulldogs a 1-0 lead.

It wasn’t until the second half of action that Notre Dame added an insurance goal to seal the win, which was scored by fellow forward senior Colton Neumeyer at the 53-minute mark. Dodson provided the assist for Colton to help the Bulldogs secure the SEMO Conference title.

This win avenged Notre Dame’s loss to Jackson earlier in the season when the Indians beat the Bulldogs 1-0 to win the annual Notre Dame Soccerfest.

Notre Dame’s victory over Jackson was just one out of the three-straight wins the Bulldogs recorded to finish the regular season. Notre Dame also defeated the likes of conference opponent Sikeston (6-13-1) 8-0 Oct. 18 at home and Bayless (9-9) in a 5-0 road win on Friday.

Against Bayless, Dodson produced a hat trick with three goals and also dished out two assists. Notre Dame senior midfielder Blaise Kulla scored the Bulldogs other two goals, while junior forward Davis Dow and sophomore midfielder Will Thurston each had one assist.

Dodson also recorded a hat trick against Sikeston with four goals as Kulla scored two again. Neumeyer finished with a goal as well as did sophomore midfielder Bryce Sides. Neumeyer had a game-high four assists.

The Bulldogs, who have won three-straight district championships, earned the No. 1 seed in this year’s Class 3 District 1 Tournament hosted at No. 2 Mehlville (13-2). Notre Dame will take on No. 8 Festus (5-11-2) to start the district tournament in the quarterfinals Saturday.