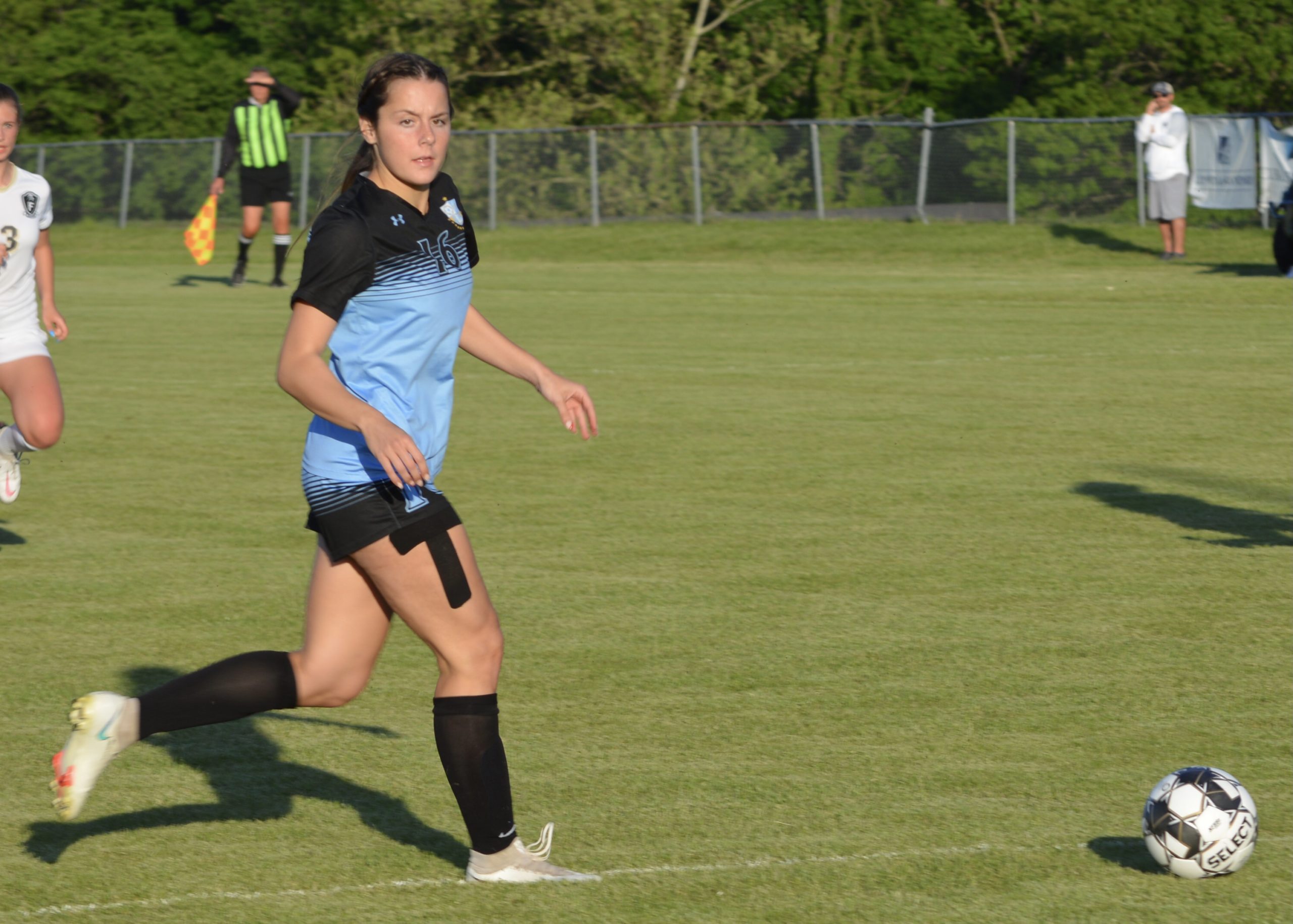 Despite going through the majority of the season with injuries, the Notre Dame girls soccer team still managed to finish the season 15-2 overall and on a nine-game winning streak.

The Bulldogs won its last nine games by outscoring teams 29-4 and finished the regular season with a 4-1 win over SEMO Conference opponent Farmington on Senior Night Thursday at home.

“Well we’re healthy,” Notre Dame head coach Ryan Schweain said to explain his team’s streak. “For the first half of the season, we were struggling getting people back. They were rehabbing and wanting to get back on the field. Finally, we’re for the most part healthy. We still have a couple that we knew were going to be long-term injuries.”

Scoring a game-high two goals for Notre Dame was junior midfielder Victoria Hurley, who is the Bulldogs second-leading goal scorer with 10 this season. She is also second in overall points with 29 as she’s come up with nine assists.

“[Hurley] is that quiet poacher,” Coach Schweain said. “A lot of times she’ll find those right spaces and openings where she can have just enough time to take a shot.”

Also recording a goal and assist was junior forward Allie Buchheit, who wasn’t able to start playing this season until the last week of April due to an injury. Despite that, Buchheit is currently Notre Dame’s fourth-leading scorer with 20 points as she’s scored four goals and dished out 12 assists.

When the Bulldogs won its second Class 2 State Championship since 2017 in Buchheit’s freshman campaign, she etched her name in the record book as Notre Dame’s fifth all-time leading scorer in a single season. Allie finished second in scoring with 61 points that year as she recorded 22 goals and 17 assists.

Only one player in Notre Dame has ever scored more points than Buchheit her freshman year, which was 2019 graduate and current Southeast Missouri State Redhawk Megan Heisserer.

“Allie is a game changer,” Schweain said. “She really gives us an opportunities to score goals. She’s tough on the ball, has great movement and is a smart player. She elevates our entire team when she’s on the field.”

“The seniors — they were emotional even before the game started,” Schweain said. “We were able to start all the seniors and the passion was there. They were playing with each other and moving the ball really well. I thought this senior group played exceptionally well tonight.”

Only one senior came up with a goal for Notre Dame as it was Dirnberger, who recorded several shots throughout the match. The Bulldogs leading scoring (42 points; 14 goals and 12 assists) Miller assisted Dirnberger on the goal with a cross pass.

“Mary is our workhorse,” Schweain said. “She does generate a lot of shots every game, and a lot of them are dangerous shots from a good distance. … [Miller] is a special player, and we’re going to miss her around here. She’s done so much for this program, and we wish her the best at Kaskaskia College.”

Notre Dame’s goalie Lochmann didn’t allow Farmington to score a goal until the 50-minute mark after her team took a 4-0 lead. Lochmann and the Bulldogs defense have recorded a total of nine shutouts this season while not allowing a team to score more than two goals.

Two players who help lead the defense with Lochmann include backline defenders Heuring and junior Kathryn Taylor. They each helped Notre Dame win state in 2019.

“Our defense really looks at themselves as a team within a team,” Coach Schweain said. “They communicate well and cover each other well. Defensively one-on-one, they’re extremely confident, and I have all the faith in the world with my backline.”

Since the Bulldogs have had so much recent success like winning two state titles since 2017, they have been moved up to Class 4 because of MSHSAA’s new championship success factor.

This means Notre Dame will compete in Class 4 District 1 Tournament and will crosstown rival Jackson (17-2) for the district championship Wednesday, which the Bulldogs fell to 1-0 on April 5.

Notre Dame was seeded third behind No. 1 Jackson (tournament host) and semifinal opponent No. 2 Seckman (6-9). The Indians narrowly beat Seckman 3-2 in double overtime May 3.

The Bulldogs defeated the Jaguars 2-1 in the semifinal round on Monday, while Jackson beat No. 4 Poplar Bluff 3-0.