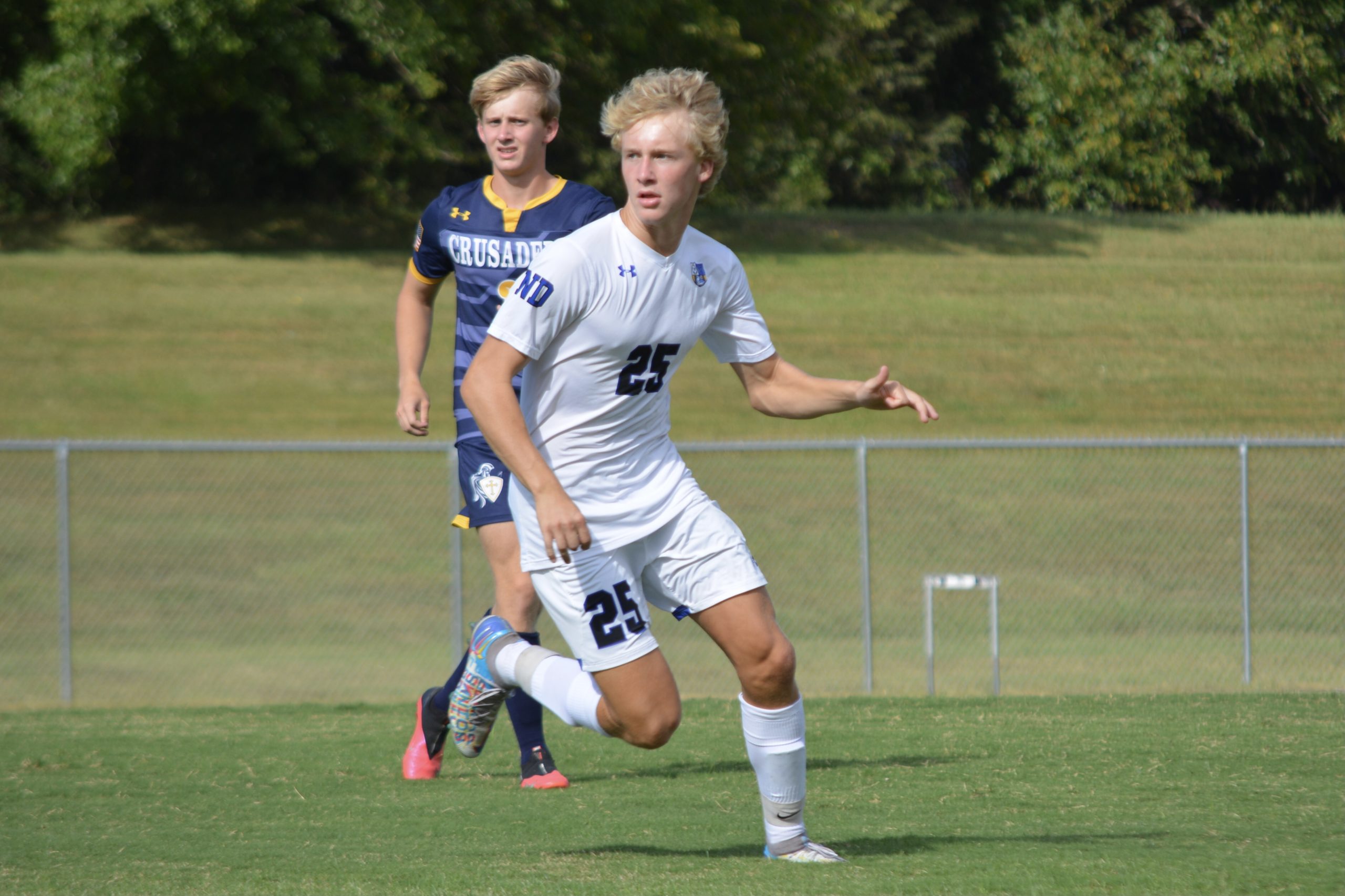 Coming off a runner-up finish in Class 3 last fall, the Notre Dame boys soccer team is proving early on to have the potential of reaching the final four once again.

The Bulldogs (9-1) have not lost a game since suffering their first defeat of the season by crosstown rival Jackson (6-1). Notre Dame only fell to Jackson by a score of 1-0 as the Bulldogs have yet to allow more than two goals in one game through 10 games.

“I don’t want to put too much pressure on them — they already put that pressure on themselves. We take things a day at a time and a game at a time,” Notre Dame head coach Matt Vollink said. If those situations ever come to us, hopefully, we’re able to step up and handle that mentally and physically. Each game and each practice is an opportunity for us to become a better team and be on the same page. If we do that, good things will happen.”

On top of Notre Dame’s current five-game winning streak, it has outscored opponents 24-2 in the span, which includes three of the Bulldogs four overall shutouts this fall. The Bulldogs have also now scored seven goals or more on five different occasions.

One of these shutouts and seven-goal scoring affairs came on the road against Saxony Lutheran (6-3) on April 14, where Notre Dame all-time leader in goals junior Will Dodson recorded a hat trick and dished out not one but two assists.

Dodson even had one goal on top of his hat trick as he scored only one in the first 40 minutes. While three of Dodson’s goals were assisted, his second goal was most impressive as he beat a double team by the Crusaders for the score.

“The maturity is very much kicking in for Dodson not only physically but mentally,” Coach Vollink said. “He’s seeing things quicker and making everybody around him a better player also. It’s very much reciprocal because our team makes him better.”

Pacing Dodson with two goals of his own was fellow junior Cole Bruenderman, who scored in both of those goals during the final 10 minutes of the first half.

Despite Notre Dame defeating Saxony so handedly, the Crusaders were able to put up a very good fight and had possession for a majority of the first 20-plus minutes. Saxony bounced back on Thursday and picked up a 3-1 win over St. Pius X.

“I’m very proud of the boys — Saxony made it very difficult for us,” Coach Vollink said. “We got a little frustrated with how the game was going at the beginning and it took us a while to calm down because Saxony was working so hard off the ball to defend.”