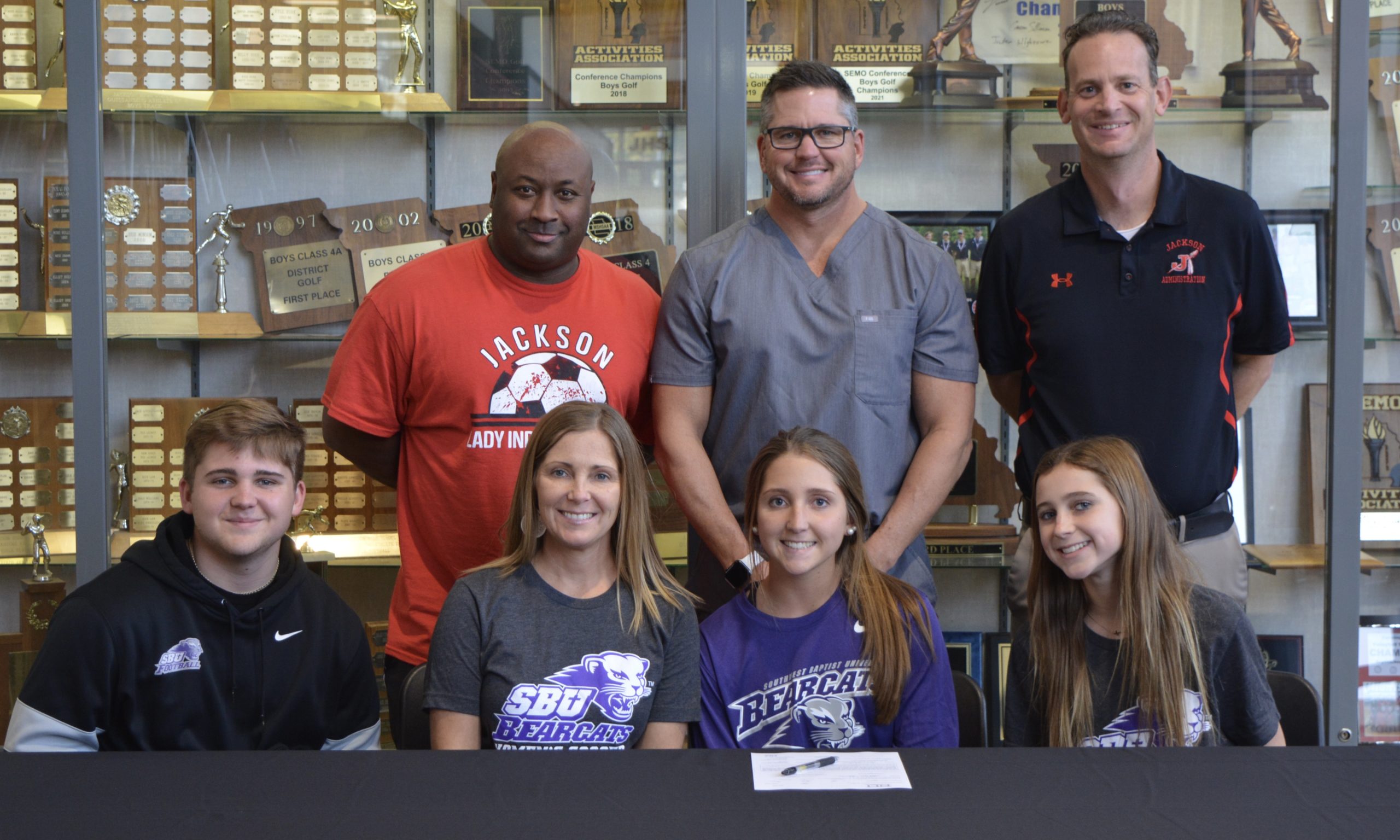 Klund and SBU didn’t get acquainted until her final season of club soccer with Missouri Rush in St. Louis. Abbey’s uncle is also an assistant coach on the football team, which was one of the reasons why she was interested in going to school there.

For Klund’s recruiting process, she would take the highlights from her club soccer games and send them to coaches from her top-10 schools “repetitively” in order to let them know she was interested in playing there. One of the main reasons why Klund plays club soccer is because of how fast paced it is, which allows college coaches to see the type of player she is against top-notch competition.

“[Playing club soccer] is a lot different from high school for sure — it’s much faster and set me up for the college level,” Klund said. “Actually all of the girls on my team are committed now, which is really cool.”

Abbey said she started a little late in the St. Louis club process since she didn’t start playing with Missouri Rush until last year. However, Klund had already been playing with Southeast Missouri Soccer Club for most of her life prior to that.

Last season with the Indians, Klund helped Jackson record one of its winningest seasons in school history with a record of 19-3 overall. The Indians not only brought home the Class 4 District 1 title but also another consecutive SEMO Conference Championship.

“That was really fun — we all had a really tight bond. We all just worked really well together,” Abbey said. “This year I think we’ll rebuild that bond. We have a lot of incoming freshman, and I think we can have a chance at winning [districts] this year, too.”

Jackson’s 2021 season came to an end in the sectional round to Cor Jesu as Klund scored the Indians lone goal in a 2-1 loss at home.

When it comes to a sport like soccer, Klund said there isn’t anything she doesn’t love about it.

“I love the aggressiveness, and I love all of the positions on the field,” she said. “I think it’s really toughened me as a person and has built me into who I am today.”

Not only is Klund one of the Indians top returning goal scorers, but she is also a top tackler for Jackson. She uses her aggressive mindset to be successful in both aspects.

“The main thing about this sport is being super aggressive and talkative, so when I’m in the game I have this mindset to just go,” Abbey said. “Be aggressive and not afraid of anything. … When I see the goal, I just attack it.”

What Klund feels like she’s improved at heading into this season is her touch with the ball and overall foot skill, which she contributes to playing for Missouri Rush.

The Jackson girls soccer team made its first-ever final four back in 2018, and Abbey hopes she and her teammates can make history again this spring.

“Everything about playing here is awesome. Our drive, effort and attitude is always 100%,” Klund said. “Justin McMullen does a really good job of coaching all of us and helping us be leaders.

Off the soccer field, Klund will be majoring in exercise science to pursue a career in physical therapy.