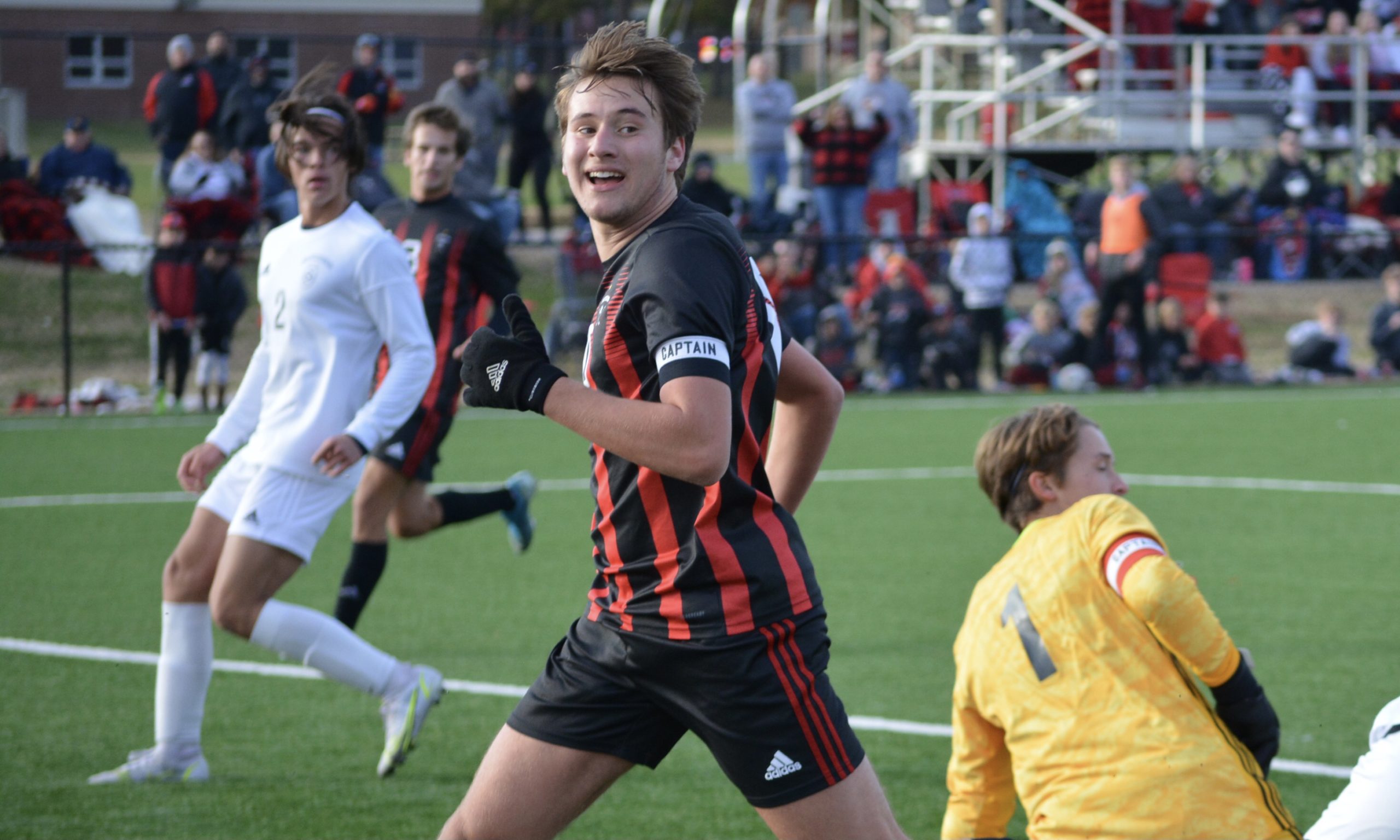 For the first time in program history, Jackson’s boys soccer team had one of its players land on the United Soccer Coaches All-American Team, which was 2022 graduate Wil Essner.

Essner was more than instrumental in leading the Indians to make back-to-back Class 4 State Championship appearances his final two seasons as well as win it all his junior year.

Additionally, Wil was named Class 4 All-State not once but twice following both of Jackson’s first-ever trips to the state finals.

Domian was, of course, in the same graduating class as Essner and scored the game-winning goal for the Indians to win state in 2020. Chalon was also named the Class 4 Offensive Player of the Year for that season, and he was named second team all-state after missing multiple games due to injury this past fall.

All of Essner’s success shouldn’t come to a surprise to anyone that knows how much work he puts in. Even though Wil is honored to receive individual awards, he said he doesn’t care about them because he does everything for his teammates.

“I always want to be the best player I can be for my team and help them out as much as possible,” Essner said. “This season I was like, ‘Last year was amazing. Why can’t we do it again this year?’ I actually got injured this season and was out for probably half of it, but I knew I needed to come back.

“I thought to myself, ‘They’ve done it without me for most of this season, but I’m going to be there for them this postseason.’ I just really thought about my teammates and wanted to do the best I could for them.”

The best part of the individual honors for Essner is that he knows how much they mean to his parents. They are the ones who have been taking Wil to play soccer up in St. Louis since third grade.

“My life almost became theirs. ‘Wil is going out of town — Wil is going to Chicago this weekend. Everybody pack up we’re going to Chicago,’” Essner said. “I know I’ve put in a lot of work, but my parents have put in a lot of work, too, and made sacrifices. I think it’s cool for them to see all of my honors, and my teammates and kids in the future as well.

“It’s easy for people in a smaller town to get stuck in a small mindset. For kids coming into the program, I think it would be awesome for them to be like, ‘This kid did it once. Why can’t I do it?’”

On becoming more selfless, Essner went back to his sophomore season when he was first playing on varsity for Jackson. Wil was on defense and the coaching staff got on to him after a multiple-goal loss to Notre Dame early in the year.

To try and prove a point to Essner, Jackson’s staff put him up top in one of its next games, where he scored a hat trick to make their plan backfire on them. However, a loss to Northwest in the district championship game made Wil realize there was a lot more he could’ve done for his team that season.

“Not even winning a state championship was in my mind yet — it wasn’t in my mind at all,” Essner said. “If I want the team to do the best they can, I need to buy-in to what the team is doing and what I can do for the team to help them out best.”

This mentality helped lead Essner to become a state champion and two-time state finalist, which also led him to being named team captain his senior year. Wil said that’s what he’s proud of the most because he said he truly loves them and that they are his brothers for life.

“Going into practice everyday, I don’t want to say it was a war, but we were going out there to improve the best we could,” Essner said. “50-50 balls, going into tackles and everything. A real player that pushed me was Jacob Simmons on fitness. That kid could just run for days, so we’d get up on the line to run, and he’d just talk some trash. Next thing you know we’re taking off! No matter who it was, we all pushed each other.”

This is the same mentality Essner will be bringing to the table for Columbia College’s men’s soccer program. Playing soccer at the collegiate level has been a dream of Wil’s ever since he first started playing.

Essner said he had plenty of options to continue playing at the next level, but he felt like Columbia was the place where he wouldn’t get “burnt out.”

“They’ve got a great program, and they’re NAIA, but for the last three years they’ve finished in the top four of the national championships,” Essner said. “That’s something I want to compete in, so I’m really looking forward to it.”

Not only was Columbia head coach John Klein was the first coach to offer Essner, but he made Wil feel “really wanted” and that he wasn’t just another player. Coach Klein also laid out how well Essner was going to fit in with the program.

Columbia College also gave Essner Jackson vibes since it’s not too big of a school and it’s next to Mizzou. He also enjoys the town of Columbia because it kind of reminds him of the town he’s grown up in and loves so much.

When asked if he’s realized how unique his last two years of high school soccer have truly been, Essner admitted and said it’s something that hasn’t hit him yet.

“I honestly think it’s one of those things where it won’t hit me till I’m in my 40s like my dad, ‘Back in my day,’” Essner joked. “It’ll be nice to look back at because no one had ever heard of Jackson — no one knew where we were.

“We go and beat the top schools in St. Louis, and people think it’s luck. … We had a great group of boys, a great work ethic and a great coaching staff.”