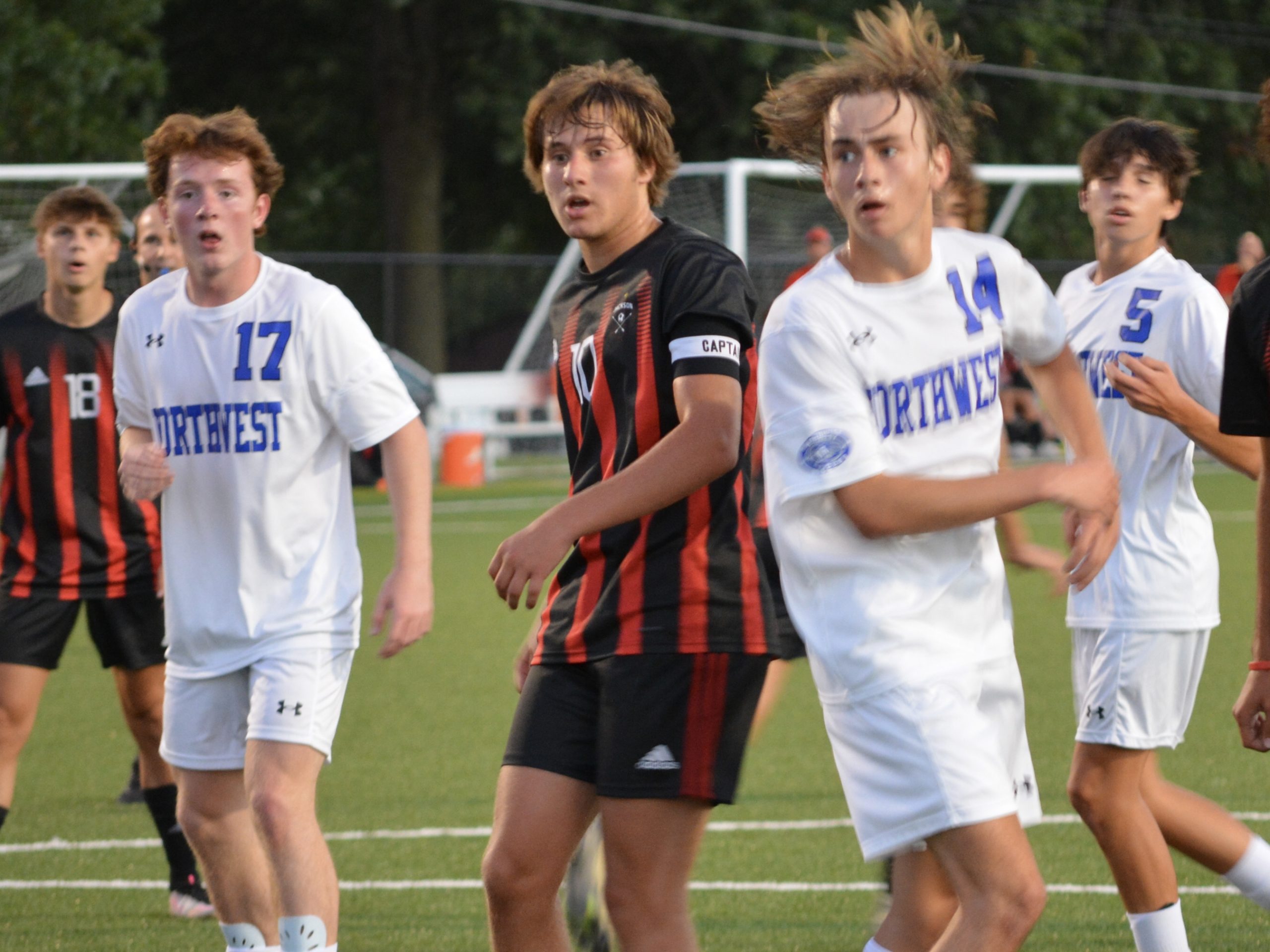 En route to winning its first-ever Class 4 State Championship last fall, the Jackson boys soccer team had to get past Northwest in the district title game.

This was no easy task for the Indians as it took them two overtimes to defeat the Lions 1-0 to win last year’s district championship, so it wasn’t a surprise when last week’s contest between these two teams was also decided by only one goal.

“Anytime you play Northwest, it’s going to be a battle. They’re a really good program and have a really good team over there,” Jackson head coach Zack Walton said. “When you end somebody’s season, they’re coming for you the next year for sure. Going into it, we knew it was going to be a close match. They’ve got some speed and fast players up there, so they really put a lot of pressure on our backs.”

It happened to be a battle of unbeatens as Jackson hosted Northwest in a match that consisted of five goals with the first being scored by the Indians in the fourth minute. Coming up with the goal was senior Wil Essner, who did so off a corner kick from fellow Jackson senior Brayden Stowe.

Stowe had another corner kick eight minutes later as senior Deonta Blair was able to head the ball for a shot on goal, but the attempt failed and the Lions were able to tie the game three minutes later.

Scoring for Northwest was junior Stephen Pryk as he did so after Indians senior goalkeeper Nolan Dry was unable to secure the ball after coming out of the goal for a save attempt. Even though both teams produced multiple shots on goal in the final 28 minutes of the first half, neither Dry or Northwest sophomore goalie Alex Drexler allowed another score until the final 40 minutes.

The Lions started the second half with possession and wasted no time as Pryk dashed past the Indians defense to score his second goal of the game in the 41st minute.

Despite giving up that quick goal by Northwest to start the second half, Coach Walton said overall he was pleased by the effort of his defensive backline led by senior Drew Nugent and junior Ryan Berger in the middle.

“I thought we bounced back and played really well. Those backs played outstandingly tonight and some people don’t realize how well they did,” Coach Walton said. “Our backs were playing one-versus-one all night long, and their kids are fast, so they couldn’t make mistakes.”

Northwest’s second-half opening goal wasn’t answered until the 56th minute after the Lions were called for a handball in the box, which allowed Jackson to take a penalty kick.

Attempting the penalty shot was none other than Essner since the Indians have been without last year’s Class 4 Co-Offensive Player of the Year senior Chalon Domian for the start of the season (ankle injury). Essner converted on the PK as he made Drexler dive left to then drill the ball into the right end of the goal.

In the final 24 minutes, Jackson and Northwest each had multiple shot attempts, but it was Dry who ended up not allowing another goal as Essner scored the game-winner in the 78th minute. The goal came after a corner kick by Stowe as Blair then passed the ball to Essner to complete the hat trick for the Indians.

“At any point, I think [Essner] has the ability to score,” Walton said. “He’s also that kid that looks to pass when he needs to. The ball just kind of came to him tonight in the right opportunities, and usually, he puts it in the back of the net.”

The Indians had another match last week against Gateway Legacy (5-1-1) on Saturday at home, where they suffered their first loss, 5-4, in double overtime.