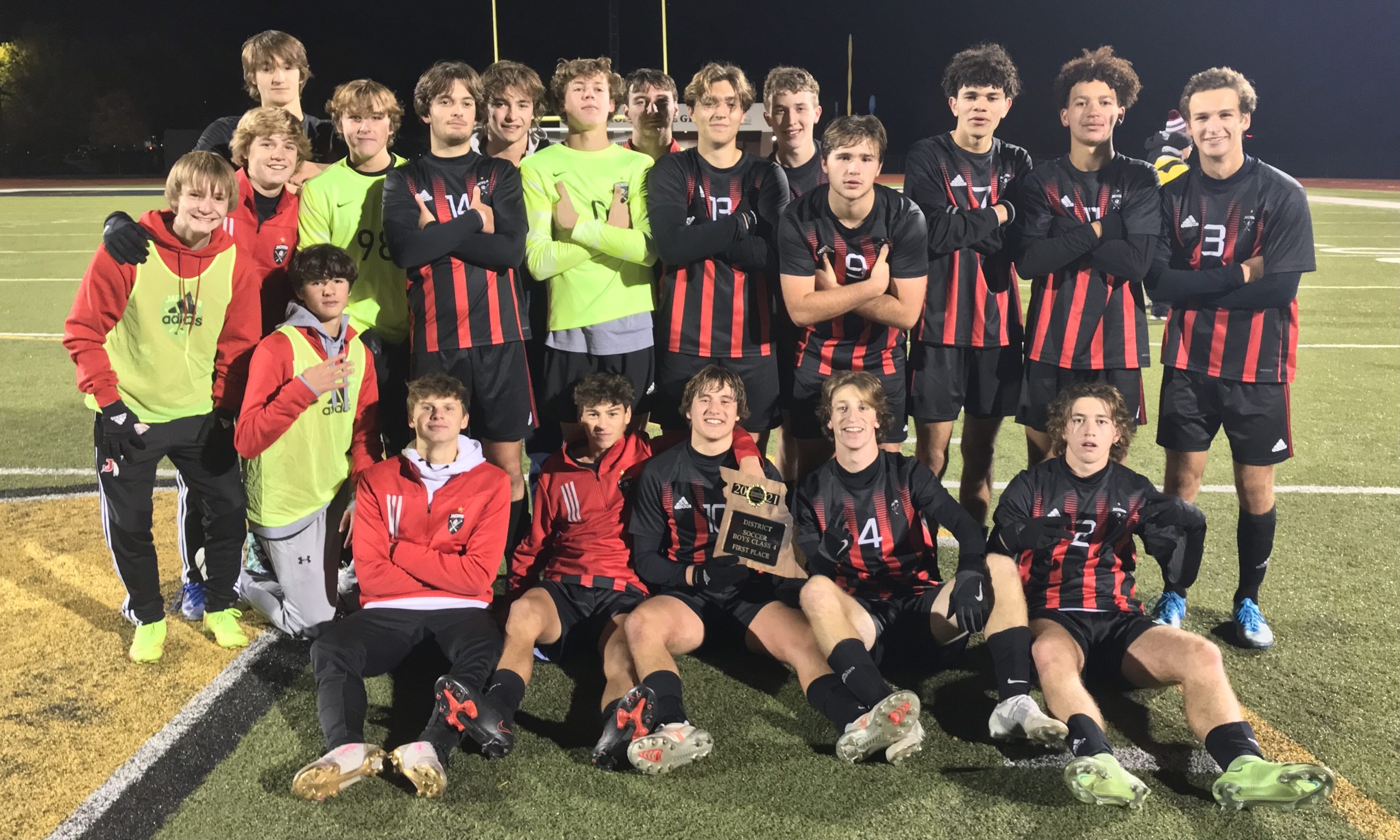 One year after recording its best season in program history, the defending Class 4 State Champion Jackson boys soccer team is heading back to the state quarterfinals for the second year in a row.

The Indians did so behind a 79-minute shutout and two goals from senior Kaivre James, who wasn’t even on Jackson’s state championship team last season.

Heading into this fall, Indians head coach Zack Walton stated the importance of a player like James, who isn’t a full-time starter for Jackson but sees valuable minutes throughout the match. This was vital to the Indians state title run last fall, and it proved to be the difference against an aggressive Vianney squad for the Class 4 District 1 Championship.

One way James was able to gain a lot of varsity experience was filling in for fellow senior Chalon Domian when he missed a fair amount of time during the first half of the season with an ankle injury. James was able to build chemistry in that span with players like seniors Deonta Blair and Wil Essner.

James scored the opening goal of the game in the 65th minute off a corner kick from senior Brayden Stowe. However, Stowe’s corner kick didn’t directly go to James as Blair actually fielded it, but he headed it to James for the first score of the game.

“When [Blair] headed it, in I was like, ‘Well, the ball is coming to me. Let me put my knee up,’” James recalled. “I put my knee up and it went in. … I feel like we just picked up the pace and were waiting for everything to happen. It finally fell in line because we got our chances and put them in. And we won.”

What would be the game-winning goal was also another Blair-James connection as Deonta played the ball to Kaivre for his second and final goal of the night.

“We knew we probably needed one more goal because Vianney was going to come after us,” Coach Walton said. “They’re such a dirty team and were going to put everything on the line. Sure enough they did in the last minute of the game with a great corner kick.”

This secured what is now Jackson’s second-straight district title, which is the first time the Indians have repeated as district champions since they won three in a row back in 2018.

“It’s dope,” James said while holding the district title plaque. “It feels cool and my team deserves it. We worked hard for this.”

Coach Walton added, “That’s basically equivalent to a sectional game last year now that we have the super district, so it’s the third time in school history we’ve [made it past sectionals].”

The Griffins had multiple throw-ins and corner kicks throughout the first half, which made Jackson’s first-year starting goalkeeper senior Nolan Dry step up to the occasion. He secured the ball throughout the night to only allow Vianney to muster a few attempts as it didn’t score till there were 28 seconds left in regulation.

“Nolan played great in that first half and the second half, but you could really see him in the first,” Coach Walton said. “He was challenged, and he stepped up and made a lot of great plays in that first half.”

“I thought our boys played phenomenal at the back all night long. [Vianney] is a very direct team and they’re going to play a lot of long balls in,” Coach Walton said. “We knew that coming in, so our back stepped up to that challenge and headed so many balls away.

“They defended so well back there and really limited Vianney’s opportunities to score. … We made the adjustment at the half to try and just get the ball on the ground and keep possession. As soon as we started doing that, I felt like the window started opening up to where we could play a little bit better.”

Scoring the lone goal for Vianney was senior Jackson Adamec as he did so off a corner kick, but with less than 30 seconds remaining the game, the district championship was going home with the Indians.

Jackson (17-7-2) now only needs one more win to make a return to the Class 4 Final Four as it will host Marquette (16-4-1) in the quarterfinal round at 2 p.m. this Saturday. No Indians team has ever won back-to-back MSHSAA state championships.

“One of the big things is our boys have been here before, and that always helps,” Coach Walton said. “They’ve been here whether it’s the offseason playing against kids in St. Louis, or they were here last year all the way up to the state title game.”