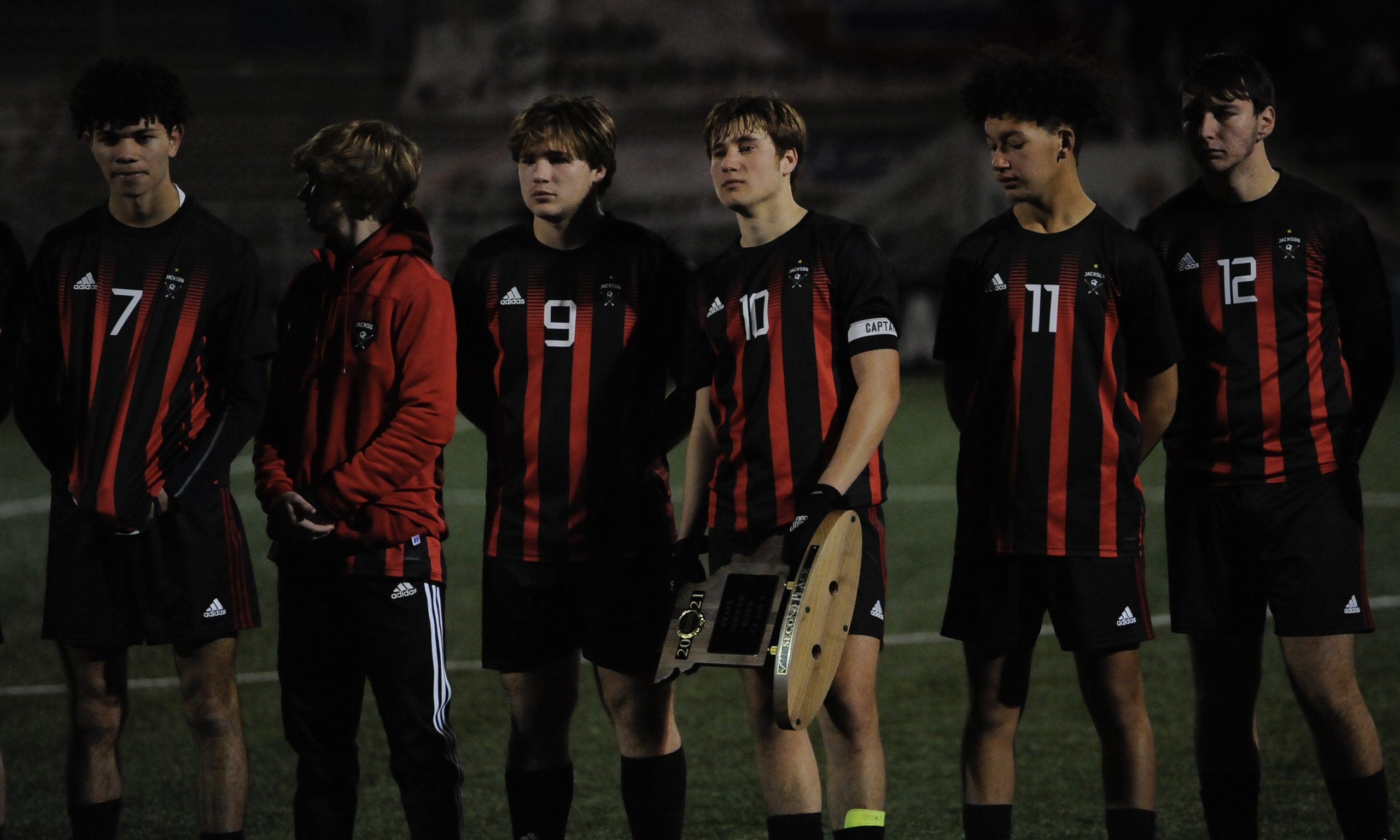 This past weekend, the Jackson boys soccer team played in the Class 4 Final Four for the second season in a row, which is a program first for the Indians.

Jackson entered the final four as reigning state champions, and the team was even able to reach the state title game for the second-consecutive time.

The Indians did so with a 2-1 semifinal win over Blue Springs in double overtime on Friday, where senior forward Chalon Domian scored the game-winning goal off a corner kick by fellow senior midfielder Jacob Simmons in the 99th and final minute.

Jackson senior midfielder Mason Grindstaff scored the first goal of the match in the 73rd minute off a pass from senior forward Wil Essner.

Unfortunately for the Indians, these were their final two goals of the season as they were shutout by Rockhurst in the state championship game.

It was a tied game for the first hour of action, but the Hawklets were able to score two goals in a six-minute span for the eventual 2-0 win and shutout over Jackson to take home the 2021 Class 4 state title plaque.

Rockhurst found the back of the net via headers on both scores as senior midfielder Noah Higbie had the first goal off an assist from senior defender Joshua Pileggi in the 61st minute.

It only took the Hawklets six more minutes to add an insurance goal over the Indians as Rockhurst senior forward Luke Stephenson headed the ball for the final score of the game.

Even though Jackson allowed two goals in the final 19 minutes, this didn’t mean the Indians defense didn’t have a valiant effort. Senior goalkeeper Nolan Dry recorded a game-high six saves as Rockhurst’s senior goalie Ryan Thompson didn’t have to save a single attempt.

Other than Domian, Dry, Essner, Grindstaff and Simmons, the other seniors for the Indians who have now played in their final game as members of the Jackson boys soccer team are midfielder Brayden Stowe, midfielder Cooper Pettit, defender Carson Gier, forward Deonta Blair, forward Kaivre James and defender Drew Nugent.

“We don’t measure success in trophies. Our boys got better all year long, became a family that’ll last forever and accomplished 11-straight playoff wins counting back to last year,” Jackson head coach Zack Walton said. “It’s pretty amazing what they accomplished — ran it back and got back to the championship game. I thought we played really well, and I thought we had some chances. You have to give Rockhurst credit — they played great.”