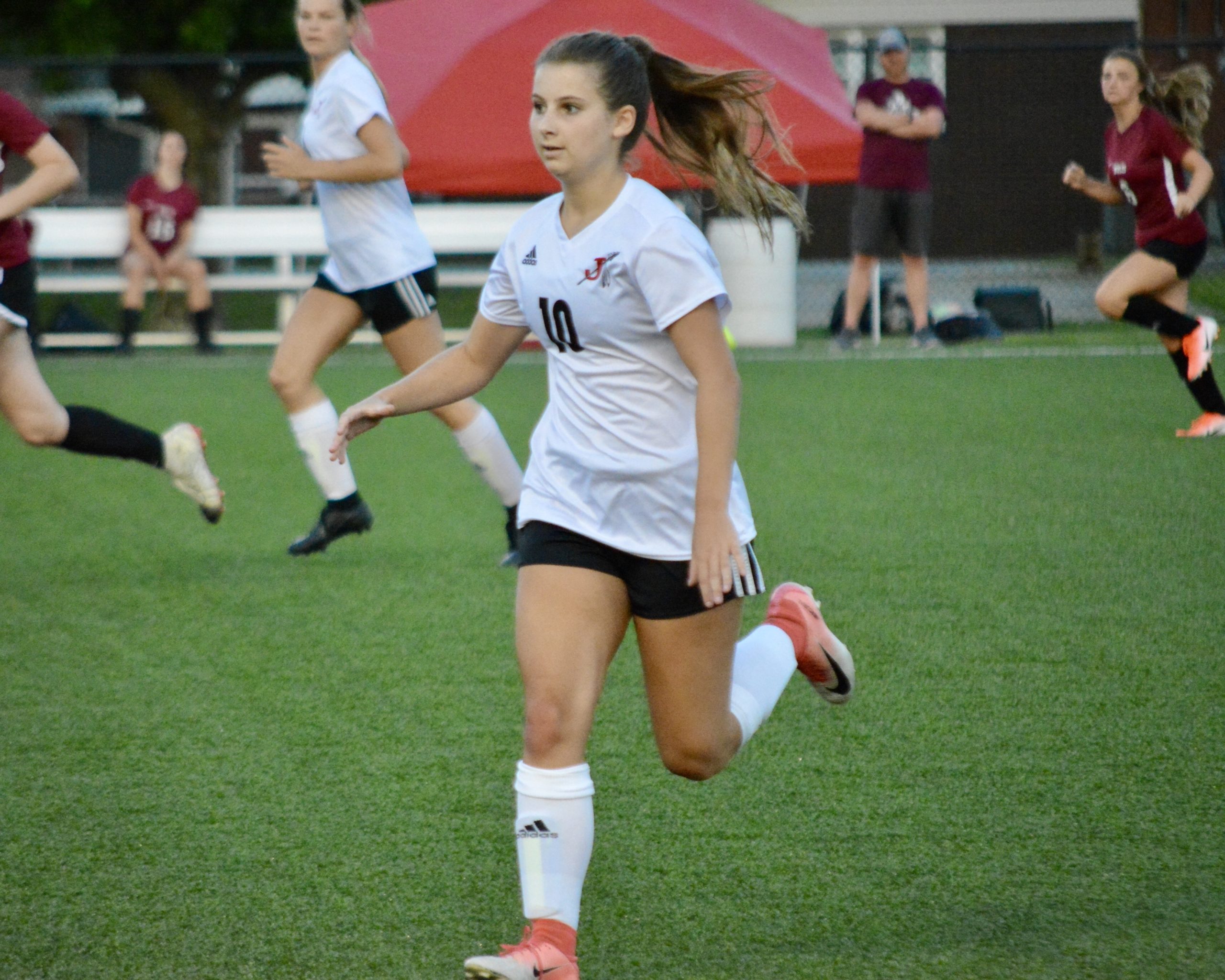 The coronavirus pandemic may have taken away the 2020 spring high school sports season, but it was not going to stop the Jackson girls soccer team from taking their home turf this year.

Each team played in two games as Jackson took on Poplar Bluff Thursday and lastly Notre Dame on Friday night, and Thursday was the first time the program had hosted a game in 462 days.

“For me it was about all of the teams and all of the kids,” Jackson head coach Justin McMullen said. “One thing that we talked about for us is that it wasn’t about Jackson, we wanted to put this on for the other teams and have that one last run for the seniors that weren’t able to compete this spring.”

This season, the Indians were hoping to defend their three-year run as the Class 4 District 1 Champions and compete for the SEMO Conference title. Jackson only lost to the reigning conference champions Notre Dame 2-1 last regular season.

Even though Jackson was not able to do either this year, the Indians certainly did not disappoint their home crowd as they defeated the Mules 8-0 and the Bulldogs 3-1. Even all of the Jackson’s three seniors scored in the tournament, which happened on day one.

Seven different Indians scored against Poplar Bluff as senior Lizzie Snyder came up with the first goal in the ninth minute. Nearly every starter was taken out of the game following the score, but sophomore Abbey Klund produced Jackson’s second goal six minutes later.

The next senior for Jackson to score a goal of her own was defender Cammie Pieper in the 25th minute. This was only her second year with the Indians as she transferred from Ft. Zumwalt North following her sophomore year.

Pieper will continue her playing career at Culver-Stockton as she helped play a pivotal role in Jackson’s defense recording 15 shutouts last year.

“We knew our defense was going to be the anchor of our team this year,” Coach McMullen said. “I can’t say enough about Cammie Pieper being back there — we’re going to miss her communication and the way she fit in the backline.”

Two defenders McMullen will rely on next season to anchor the team will be junior Kate Emmendorfer and freshman Maci Wendel.

It only took six more minutes before the Indians scored another goal as junior forward Olivia Ward added the fourth and final score of the first half.

Even though Jackson’s returning leading scorer junior Katelyn Miller failed to score in the first half, she had back-to-back goals within two minutes during the second half. Miller’s final goal came off an assist from freshman Justi Nelson, and McMullen expected for these two to be quite the scoring duo this spring.

“That’s what’s good to come — hopefully everything works out for next spring and we’re able to see that duo right there,” Coach McMullen said. “Once again, I think that’s going to be a great combination, and we have a lot of kids that are going to be able to score goals for us. We’re really excited about the potential we have for next season.”

Scoring the seventh goal for the Indians was junior Grace Crowden, who suffered an ACL tear last spring after earning a spot in the starting 11. Crowden had secured a starting role in Jackson’s midfield this year.

The Indians final goal was made by none other than three-year starter and senior Piper Guilliams as she did so off a free kick with less than five minutes left to give Jackson the final 8-0 lead.

“What I was able to see yesterday was a lot of contribution from my younger players coming up, and we’ve been training,” Coach McMullen said. “Some of that chemistry came together already just within one game. It was a fun two games, and we were just happy to be able to do this.”

Jackson’s second and final match of the tournament against Notre Dame was a much closer contest as the game was tied after the first 39 minutes. Crowden came up with the first goal for the Indians in the 25th minute as junior Lindsey Bauwens answered the goal four minutes into the second half.

Breaking the tie for Jackson was Nelson as she scored her first goal as an Indian in the 41st minute to give her team a 2-1 lead. Adding the insurance goal in the last five minutes for the Indians was junior Ivy Guilliams.