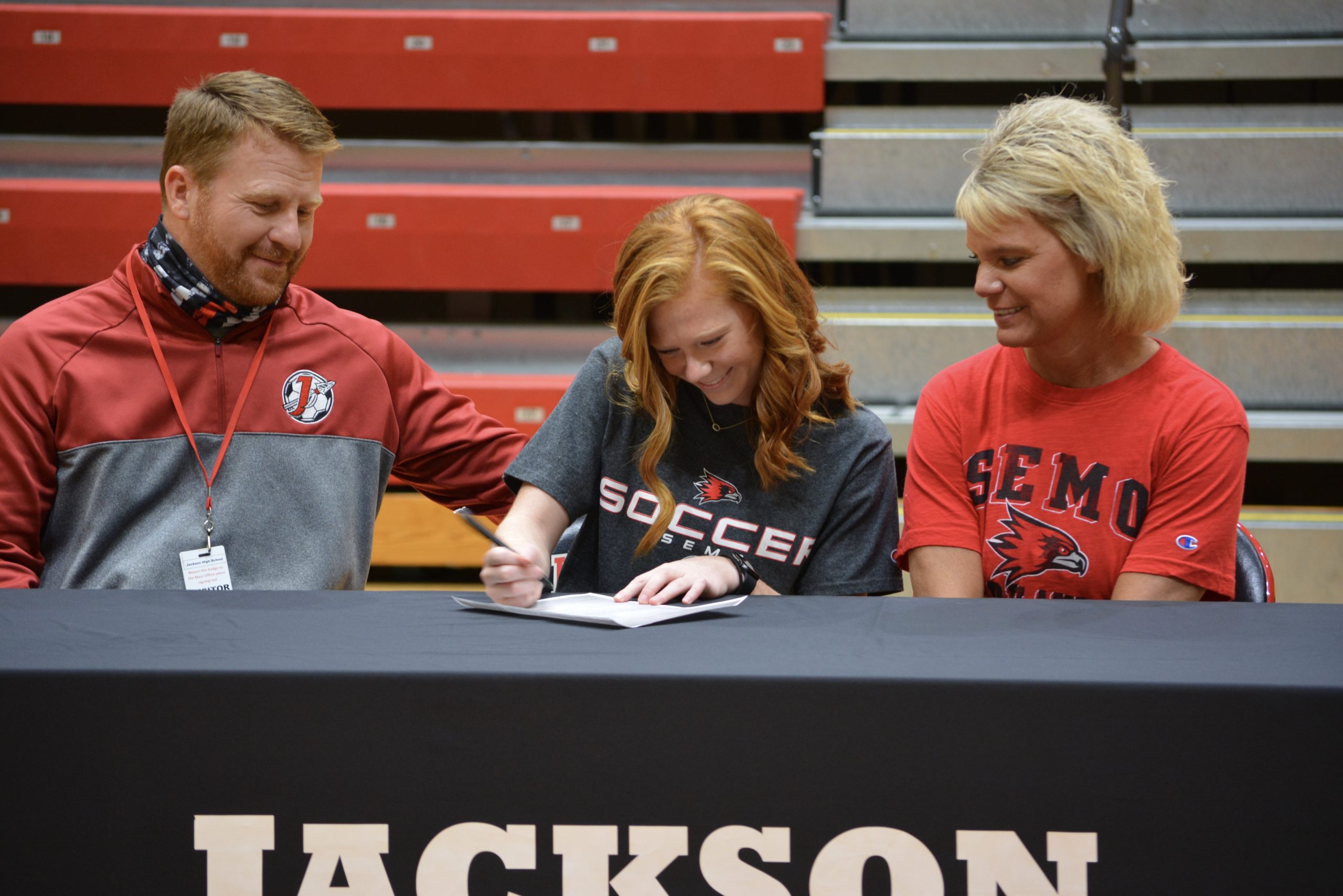 Last spring, not one girls soccer player in the entire nation was able to play in a full season of high school competition due to the coronavirus pandemic forcing schools to be shut down.

However, it has been an even longer time since Jackson senior Grace Crowden has played an entire season of soccer as she tore her ACL in the middle of her sophomore campaign back in 2019.

“It was very hard for me knowing that I couldn’t play with my friends or in the district championship because that’s when I had my surgery,” Crowden said. “It was really hard for me to comeback because soccer is my love and life, so I really had to give it all to God.

“I knew He would take care of me, and it’s crazy to see where I am today. I really struggled with my confidence and wondering if I was going to play on this field or play the same ever again.”

Crowden, who plays defensive midfield, wasn’t going to let the ACL tear be the end of her career as she made a full recovery and was ready to help the Indians defend a district championship last spring. Even though last season didn’t happen, Crowden was still able to take the field with her team this summer in the SEMO Friendlies Tournament held June 25 and 26 at Jackson.

Crowden said that her injury has actually improved her life both on and off the field to be “bigger and better” with what it’s allowed her to do. During her recovery, Crowden gained a lot of muscle in the weight room and was able to focus on “those little skills” to improve her game on the field.

“I’ve been able to communicate more on the field, and I really got to watch the game more when I was out,” Crowden said. “That really made me realize what’s the important thing in soccer and working with your teammates. It also helped me become stronger on the ball and more powerful, so for my shots I’m so much stronger and confident.”

Despite Crowden not having a full sophomore or junior season, Southeast Missouri State coaches Heather and Paul Nelson knew they wanted Grace on their roster (Paul had previously coached Crowden throughout her career with the Southeast Missouri Soccer Club). In her freshman year, Crowden helped Jackson reach the 2018 Class 4 Final Four with former Indians and current Redhawks Lauren Welker and one of the Nelson’s three daughters Taylor.

Crowden is also currently teammates with the Nelson’s youngest daughter Justi, who will be a sophomore this spring. They both played in the SEMO Friendlies Tournament over the summer, where Crowden scored two goals.

“I have always wanted to go to SEMO, so I really focused on driving myself to get those coaches to watch me,” Crowden explained. “Thank goodness Justi was on my team — that was an opportunity for me to show my stuff.”

Crowden officially inked with the Redhawks on National Signing Day last Wednesday, and she did so with one of her current Jackson teammates and fellow senior Katelyn Miller. Both Crowden and Miller played significant time during the Indians final-four run in 2018.

“It was so crazy because Katelyn and I were just freshman coming up into that group,” Crowden recalled. “We didn’t know where this was going to head for the next four years, so to be able to go to state that year — something that Jackson has never done before — was really exciting. I think this was telling me, ‘Keep going, Grace. You’re doing something good here.’”

On top of signing with SEMO soccer because it is a Division-I program in her hometown with a winning culture (eight Ohio Valley Conference Championships and two NCAA Tournament appearances since beginning in 1999), Crowden wanted to become a Redhawk because she describes the team as a family-oriented group.

“Just talking with [the players], they are very welcoming and warm-heartedly opening me into their arms,” Crowden said. “They are so close-knit, and I think that helps you play together and gets you those big wins by being so close on the field like you’re a family.”