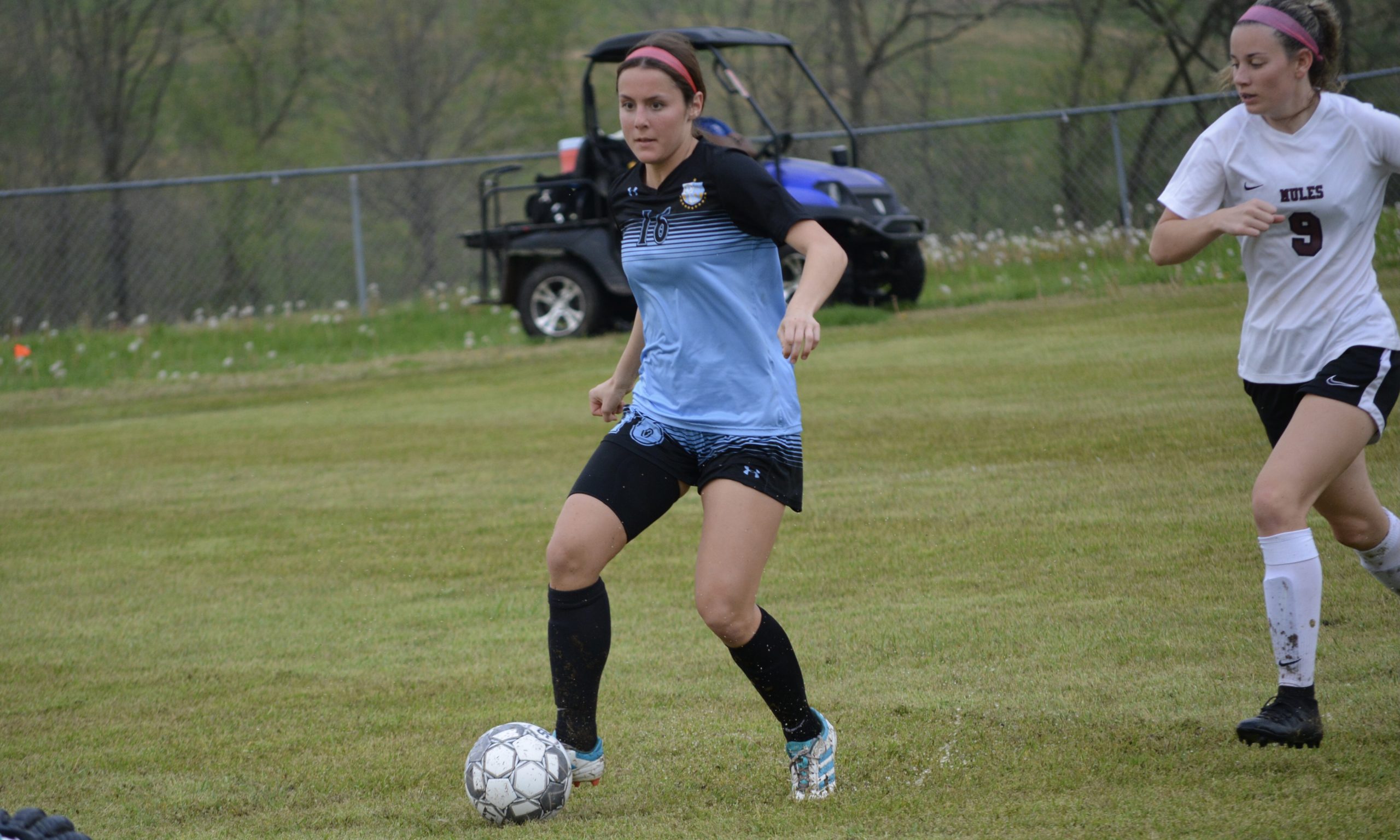 Notre Dame senior forward Allie Buchheit was selected to the SEMO All-Conference Team for the second and final time of her career. Photo by Jay Forness

The SEMO Conference Regular Season Championship for girls soccer was decided in a 1-0 match between Jackson and Notre Dame in favor of the Indians. This year’s all-conference team reflected that as the two squads combined for nine selections.

Buchheit led the Bulldogs in scoring with a total of 71 points after lead Notre Dame in goals and assists with 27 and 17, respectively. Allie had more than 24 shot attempts than anyone on Notre Dame at 90 (nearly five shots per game) as 30% of those shots resulted in goals.

Taylor was the only Bulldog besides their senior goalkeeper Isabel Knaup to play 1,400 minutes, where she helped Notre Dame record a total of nine shutouts. The Bulldogs were also the only team in the Class 4 District 1 Tournament to hold eventual champions Jackson to a single goal.

Klund led Jackson in scoring with 45 points with a team-high 19 goals and finished second in assists at seven behind Nelson. Justi paced Abbey with 40 total points of her own as she came up with 14 goals and a team-high 12 assists.

Rivenburgh and Wendel helped lead the Indians to record 12 shutouts this year, along with not allowing a single goal in conference play. Jackson outscored SEMO opponents 30-0 as junior defender Emilia Wunderlich also earned all-conference as a member of the honorable-mention team.