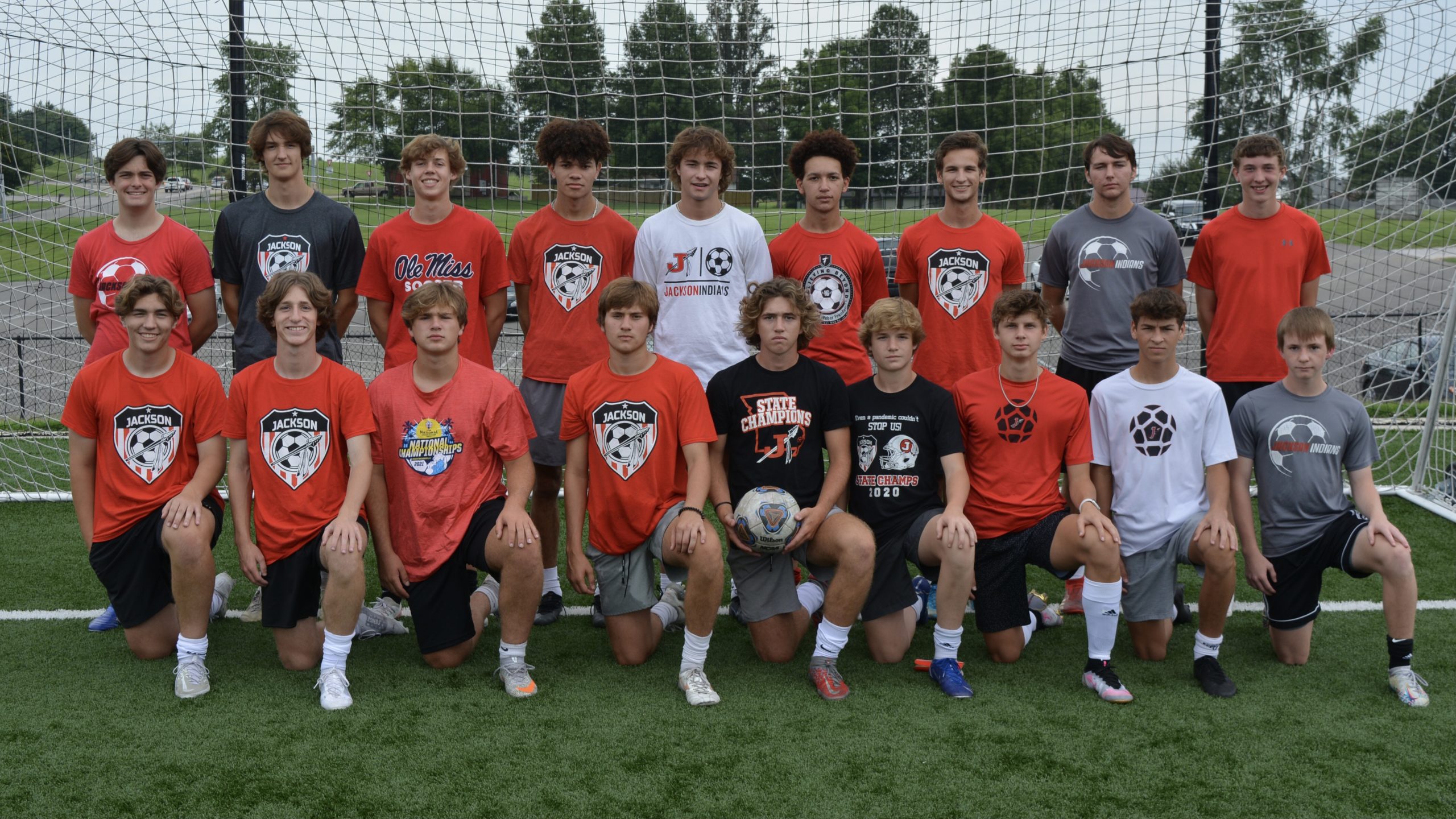 Throughout the history of Jackson’s boys soccer team, the program had never ended a season with a win until last fall. This was because the Indians were able to win their first-ever state championship by defeating then nationally-ranked St. Dominic 1-0 in overtime of the Class 4 state final.

Jackson was also the first school outside of St. Louis or Kansas City in Missouri’s largest classification to ever win a state title. The Indians only allowed three goals in the playoffs, and they won their last three matches in overtime.

Along with winning state, Jackson claimed the SEMO Conference Championship as well as its fourth district title in the last five years while outscoring opponents 69-17 along with recording 14 shutouts.

“The relationships between our players is a little bit different because of the way the season ended, what they accomplished and the togetherness they had all season,” Jackson head coach Zack Walton said. “Just to see all the awards those kids got throughout the year and the recognition the program got throughout the state and Jackson was pretty special.”

It came to a shock to no one that Domian earned these type of accolades as he not only led the Indians in scoring last season but also recorded his team’s golden goal to win the state championship.

“[Domian] has definitely matured over the years for us,” Walton said. “When he came in as a freshman he played varsity for us, so he’s grown a little bit and gotten stronger. He’s also a little bit more soccer knowledgeable as well now, too, and that helps by playing in the offseason and with some really good players.

“We look for some big things out of him this year as well, and we know he’s going to be marked up by several guys, which he already got a little bit used to last year and in the offseason.”

Even though they didn’t earn all-state honors, other graduates like Devin Reiminger, Jake Sauerbrunn and Tyson White also played key roles in the Indians state title run and are now playing collegiately at Mineral Area College.

“Definitely some seniors that will be missed and some holes that will have to be filled this year — they were a great group of guys,” Walton said. “This year, those guys are who seniors now are going to have to fill those spots as far as leadership goes. We’re going to have to have some juniors come in and have some big shoes to fill.”

With there being those four open spots left by graduates, this has made practices even more competitive because all of his players want to start or play a major role for the team.

“There’s probably going to be added pressure, but that’s good for the program and makes them a little bit better,” Coach Walton said. “We bring a lot of players back from last year as well, so I think our midfield and forward positions will be a lot of the same players.”

Stowe will remain in the midfield along with Essner and Grindstaff as Brayden will continue to be on the outside, where he was able to thrive in 2020.

Blair and Domian will remain at their forward positions, who make for quite the duo, which forces opposing defenses to have to guard both of them.

The biggest key this season for Jackson’s defense of its Class 4 State Championship will be filling the back line as well as goalkeeper. Coach Walton is confident the players on this team can do so as senior Nolan Dry will take over at goalie.

“Nolan is one of those kids that goes 100 miles per hour in practice. He just goes hard every day, and he’s trying to make every save, which is what he needs to do and makes him better,” Coach Walton said. “He did that all last year for us, but unfortunately he was just behind Luke, who was a really good goalie and a year older.

“Nolan got to sit behind him, watch and learn a lot. He practiced really hard last year and got so much better by the end of last year. You can tell this year already he’s a kid that’s willing to come in and do the extra work. His conditioning is top for a goalie.”

One of the players who will likely fill one of the defensive positions will be senior Carson Gier, while Coach Walton is also looking at defenders from last year’s junior varsity squad to help in the back line.

However, Walton also said that what he likes about the players on his team are that they are all-around good soccer players, so someone who was in the midfield last year could easily move back and play defense instead.

“We did it last year with no complaints or problems. When you look at Jake Sauerbrunn, we moved him all the way from forward to the back for us without even blinking an eye or questioning a coach’s decision. It made our team better.

“Reiminger stepped from center mid to center back and never once blinked his eye. He stepped up and did what was best for the team. In reality, I think that’s helping him at the college, too, because now he’s a little more versatile. That’s helping both of those guys.”

Walton said nothing will change in that aspect when it comes to this year’s team as players will have to move around if the Indians want to repeat their success from last season.

One player who played some varsity last year and will have an even bigger role this season will be junior Preston Lafave. Two other juniors hoping to make a splash will be Ryan Berger and Cameron Hinkebein.

“Preston was a varsity player last year as a sophomore although he didn’t play a ton, but he did see the field and has a little bit of varsity experience,” Coach Walton said. “Definitely hope we can get some stuff out of [Lafave]. Cameron is a good, solid big kid for us as well as Ryan. He was a great little player on J.V. for us last year, and we took him up to St. Louis with us. He’s one of those kids I think can step up.”

Another junior who will by vying for varsity time will be Trey Zeilenga, who played plenty on the J.V. level last fall.

One senior who wasn’t on last year’s state championship roster but is on the team this season is Kaivre James, whom Walton believes can help the team this year.

“We’ve got some big shoes to fill this year, but I definitely think we have some players that can do it,” Coach Walton said. “It’s all about figuring out which one goes where — we don’t know yet. Which ones will start, which ones will play where or how we’re going to shuffle kids around for subbing purposes.

“That’s huge because you look at some kids like last year and [2020 graduate Noah] Sparks was a kid that came off the bench — he was a senior and good player for us. Without him, we wouldn’t have been able to sub the middle very well. Whether you’re a starter or come off the bench, you’re still of vital importance to the team. We wouldn’t be successful without that.”

Heading into this season, Coach Walton and the team know they have a target on their back being the defending state champions. Because of this, Walton has told the players that they will get every team’s best shot that they face.

“The whole team could agree to that at the beginning of the year, nobody really believed we could win a state title,” Coach Walton said. “I think the players as the season went on knew we had a chance to beat anyone in the state, but to win a state title is another thing.

“I think going through what we did last year will help us a little bit going into this year as far as realizing, ‘We can do this. We can beat Chaminade, and we can beat St. Dominic.’

“We can beat those top teams if we play smart and understand the game. We did last year, and I thought our kids were phenomenal at that. A lot of those returners will help teach the younger guys about the rhythm of the game.”