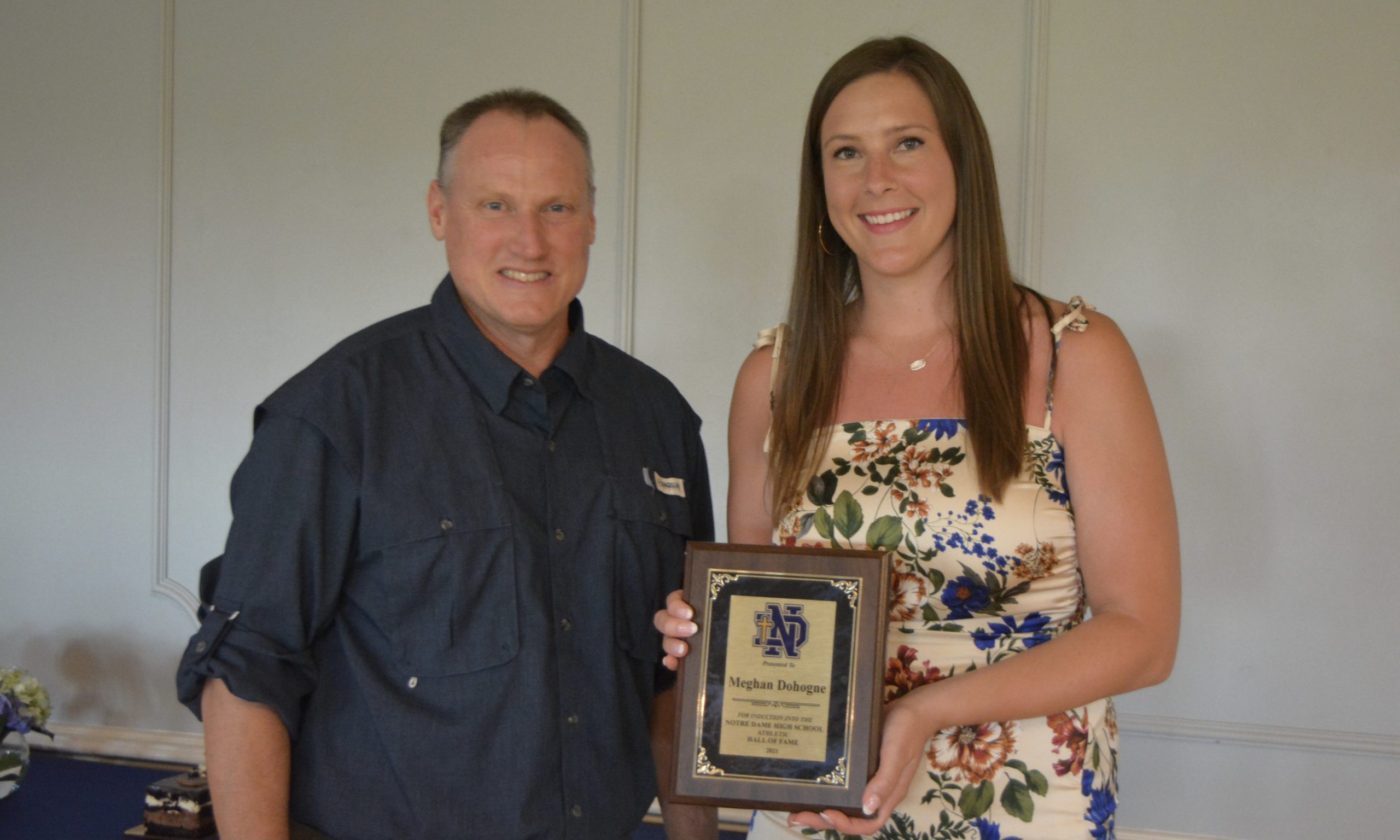 Meghan Dohogne (right) poses with Notre Dame Principal Tim Garner after being inducted in the Athletics Hall of Fame June 18 at the Cape Girardeau Country Club. Photo by Nick McNeal

On June 18, five new members were officially inducted into the Notre Dame Athletic Hall of Fame.

The ceremony was held at the Cape Girardeau Country Club as Bulldogs athletic director Jeff Graviett introduced each inductee. The three former Bulldogs in attendance to accept their hall of fame plaques were Paris “Burger” Beardslee (Class of 2009), Meghan Dohogne (Class of 2010) and Mark Zimmer (Class of 2008).

Beardslee was an all-state selection in softball her senior year. Paris also helped lead Notre Dame to a runner-up finish at state that season.

Dohogne was an all-state selection in volleyball as a senior, and she was also the Lady Bulldog Award winner in 2010. She played volleyball at Mineral Area College and then McKendree.

Zimmer was a two-time state champion (2006 and 2007), Class 2 Defensive Player of the Year winner and all-state selection in soccer. In track, Zimmer earned all-state in 2005 and 2009, and he went on to run in college for Saint Louis.

Dirnberger was on the 2006 state championship soccer team, and he played soccer collegiately at Quincy. Ressel led Notre Dame’s boys basketball team to the final four in 2005 and was named all-state in 2006.

Also in attendance was a member of the 2001-2002 girls basketball team, which won the program’s only state championship that season. The team was inducted during halftime of the girls basketball game January 14.