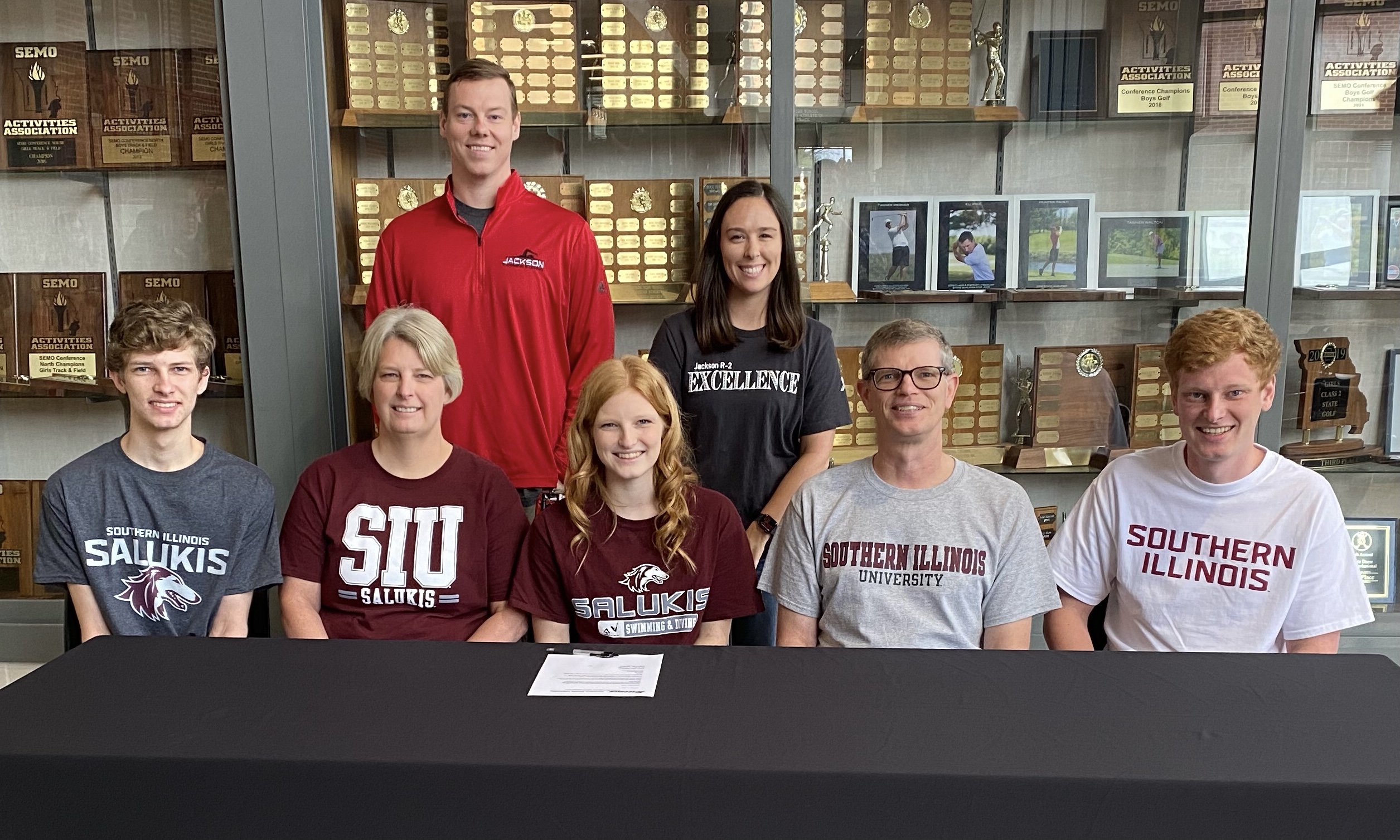 Prior to her future home of Southern Illinois contacting her, senior Hadley Wyatt had never thought that she was going to dive at the Division-I level. All of this changed, of course, when SIU came knocking at the end of her recruitment process.

This was because only D-II and D-III schools had reached out to Wyatt about diving for them. Hadley’s motivation has always been continuing to become a better diver and to dive at the college ranks.

Wyatt realized she could be a college diver by comparing how she did against the competition, but she has also watched college diving and realized it was something she could do, too. Even though SIU was the one and only D-I school to contact her, Wyatt couldn’t be happier for the opportunity.

“It was super exciting when they contacted me — I didn’t really know anything about SIU,” Wyatt said. “I went and watched one of their dive meets, where I met the coaches and the team. They were all super, super friendly — they were all just one big team. They made me feel really welcome, so that’s what drew me in.”

Last month, Wyatt officially signed a national letter of intent with SIU. Hadley said she’s grateful for SIU signing her because she knows there’s been several athletes who haven’t gotten the chance be D-I.

“I’m also really excited to meet new people from other schools and make friends with everyone on the team,” she said.

Even though it was a surprise to Hadley, one wouldn’t be shocked that Wyatt is a D-I caliber diver after taking sixth place at this year’s Class 2 State Meet. Wyatt also broke Jackson’s dive record.

Wyatt didn’t start diving competitively until her freshman year of high school, but she had started practicing while she was in eighth grade. What Hadley enjoys the most about being a diver is learning new things and showing off dives.

“Not many people dive, so they think it’s really cool to watch,” Wyatt laughed.

To be a successful diver, Wyatt said one has to be mentally strong to have the confidence to perform well. Hadley explained she also has to have enough trust in her body that it’s going to do the right thing.

“I definitely practice all the time, and I think about my dives before I go to sleep, when I wake up and when I’m at school,” Wyatt said. “I’m constantly running them through my head trying to prepare myself for meets and not to be nervous for them.”

Wyatt said being a diver has helped her in every day life as well because of how much she has to encourage herself before every meet.

At Jackson, Wyatt has had multiple diving coaches and was, in fact, the only diver for the Indians this year as well as her sophomore season. The swimmers on Jackson practice at a completely different pool than divers do.

“I’ve never really had like teammates with me to talk to at practice,” Wyatt said. “It’s definitely hard to do because you don’t want to go to practice everyday since you’ll be by yourself. It was a lot harder not having anyone there.”

Wyatt’s older sister was a diver before her, and Hadley actually broke her diving record this season.

“Since my freshman year, I feel like I’ve improved on height in diving — getting up higher on the board,” Wyatt explained. “I’ve also improved on having cleaner entries, so that’s probably the main things that have been different from when I first started diving.”

Wyatt got interested in diving because of her sister, of course.

“I have no idea how my sister got into diving — I knew she did swimming, so I guess she just saw it and wanted to try it,” Wyatt said. “She did it, and I saw her do it, so that made me want to.”

One of the difficulties with diving is that a diver’s score is based on the opinion of the judges rather than being timed on how quickly they complete a race. Wyatt said this makes for some inconsistent scoring outputs.

“Your score can definitely change from meet to meet,” Wyatt said. “You could have a really good dive and get low scores at one meet. Then you could do a bad dive at one meet and get better scores, so it’s always going to be different based on the judges.

“You just have to do whatever you can, do your best and ignore the judges.”

Upon her visit, Wyatt found out that SIU has a dental hygiene program that she has now been accepted into and will be studying.

“I really had no idea what I wanted to do in college going into my senior year,” Wyatt said. “I started looking into dental hygiene, and with the other colleges I was looking at it wouldn’t have worked out for me.”