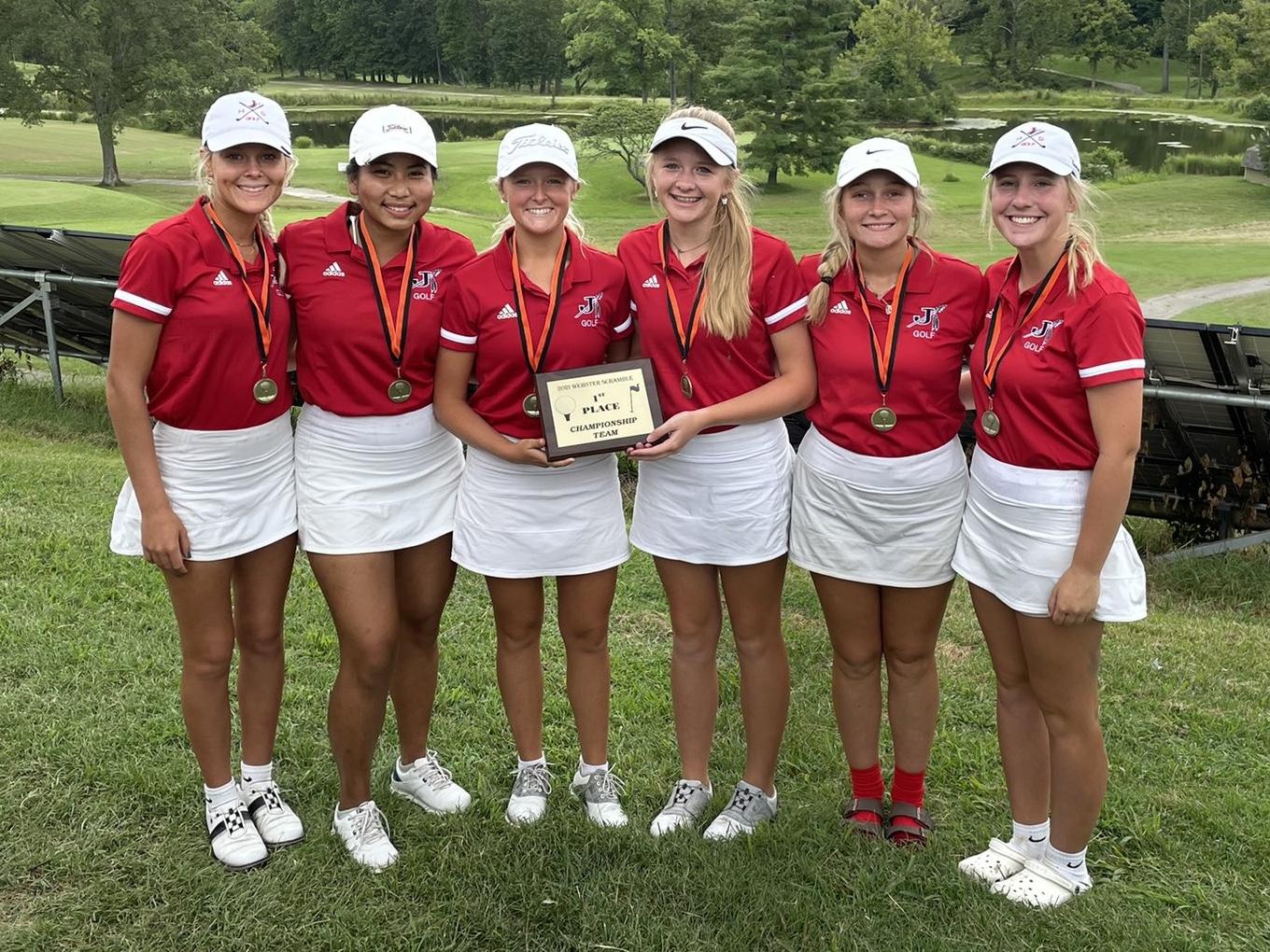 Not only is the Jackson girls golf team undefeated after competing in two matches through its first week of competition this fall, but these Indians also made history and then capped off the week by winning the Webster Scramble on Friday at the Quail Creek Golf Club.

Jackson won the Webster Scramble with an overall team score of 203 as golfers from each school paired off into teams of two. The duo that took first overall in the scramble was the team of Jackson senior Kaydi Rhodes and sophomore Alana Gilbert, who did so with a combined score of 65.

Taking third place for the Indians was the team of seniors Ella Overstreet and Kasie Saysanan as they scored a 69, while the duo of senior Jacie Pattengill and junior Maggie Davey produced the same score to take fourth overall.

The day before, these Indians made history for Jackson by scoring a program-best 145 points to defeat Clayton, Farmington and Ste. Genevieve on Thursday at Crown Pointe Golf Club in Farmington. The four individual totals that went towards Jackson’s final score were all 37 or lower.

Winning the match was none other than Rhodes, who shot a match-best 34 in order to lead Jackson to break its previous team record score of 150. That mark was set by the 2019 squad that went on to place as one of the top-four teams in the state for the first time in school history (finished third in Class 2).

“I think we have [another] final-four opportunity at state,” Jackson’s first-year head coach Jim Brady said. “For these girls, that’s what they want, to get right back to state and into that final four. I think they have the talent and mentality to do it. They just have to get it done.”

Rhodes earned all-state that historic season along with Overstreet as Ella finished in a three-way tie for second place with Davey and Gilbert at 37 in Thursday’s record-breaking match.

Davey was also a member of the 2019 third-place team as was Pattengill, who tied with Saysanan for the Indians third-best score in Thursday’s match with a 41. However, these scores weren’t used in Jackson’s final total since only the top-four scores for each team are used.

“They want to prove everyone in the world that Southeast Missouri has some good golf teams,” Coach Brady said. “Our seniors demand that we work hard, which is awesome, and I think brings those younger players along with them.”

In Jackson’s first match of the season against Notre Dame and Ste. Genevieve on Aug. 31, the Indians finished with a score of 152 as Rhodes and Overstreet tied for first place as they both hit a 35.

“It’s exciting for [players like Gilbert] to have an opportunity to view what top-level golf is like,” Brady said. “We don’t have to go play top-level competition — we have it right here in our organization. It’s something for them to strive for.”

Jackson will officially play in its first regular-season tournament tomorrow since 2019 as the Indians will travel north to St. Louis for the Lindbergh Invitational. Last year’s tournaments were canceled due to the pandemic.

“I think that’s a big thing for the girls — they have to go out and be able to compete against other girls from across the state rather than just local talent,” Coach Brady said. “Just to have that extra experience on different courses and things like that.”