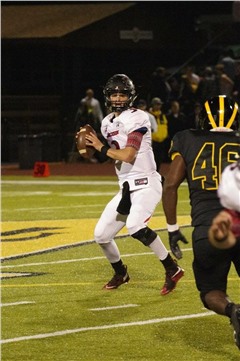 Following his final season at Jackson this year, Callis earned Class 5 All-State third team honors and was the recepient of the Carr Trophy.

Callis threw for 3,809 yards and 56 touchdowns with a 66 completion percentage while throwing 12 interceptions on 424 attempts in 2017. Over his last two seasons, Jackson had a combined overall record of 16-6 and won the 2016 SEMO Conference Championship.

The Indians also reached the Class 5 District 1 title game back-to-back years, but fell to Vianney, which went on to win state in 2016 and fell to runner-up Pattonville in 2017.