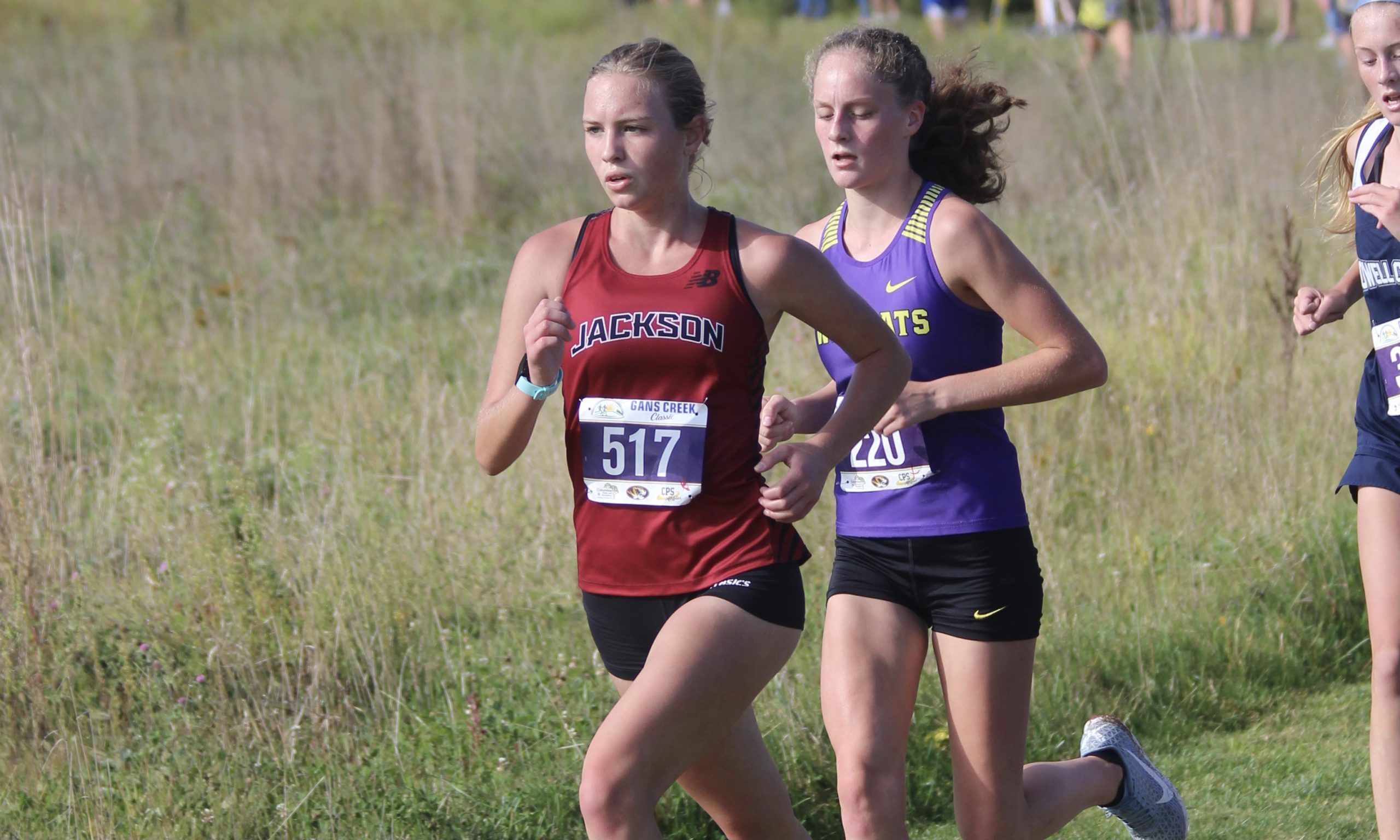 This past Saturday, the Jackson cross country program officially traveled north to Columbia, Missouri, for the annual “pre-state” Gans Creek Classic, which featured a total of 144 schools.

The Indians competed in the Gold Division as both the girls and boys team managed to place in the top 10 by taking eighth and ninth overall, respectively.

Jackson’s girls team featured the only medalist for the Indians at the meet as senior Addie Heisserer was able to place in the top 25 at 21st overall. Addie did so by recording a time of 19 minutes, 19 seconds as St. Teresa Academy senior Amelia Arrieta won the race at 17:24.

Crossing the finish line next for the Indians behind Heisserer was junior Mallorie Metzger, who came in 32nd place with a 19:41 finish. Heisserer and Metzger were the only Jackson girls runners to finish the race in under 20 minutes as freshman Annika Barks was third for the Indians at 75th place. Barks did so by recording a time of 20:36 as three other Jackson runners also placed in the top 100 of the race.

Coming in next for Jackson was junior London Popp as she placed 89th overall with a time of 20:53, while senior Brooklynn Burgess finished 10 spots behind Popp at 99 (20:59). Fellow senior Maite Mendez only finished .30 seconds behind Burgess to take 100th place.

The Indians were without senior Layla Fliege at the Gans Creek Classic, who has been one of Jackson’s top-three finishers in each race this season.

Finishing first for the Jackson boys team but failing to medal with a top-25 finish was sophomore Bryce Gentry. Gentry took 41st overall at 16:14 with Southern Boone junior Connor Burns winning the race with a time of 15:05.

The next runner to cross the finish line for the Indians was junior Hunter Wendel, who came in at 51st place by completing the race with a mark of 16:24. Fellow Jackson junior Cole Puls finished 10 seconds behind Wendel to place 67th overall.

Junior Evan Kiefer was the final Indian to place in the top 100 as he finished 86th by recording a time of 16:46. Jackson’s next runner to complete the race was sophomore Eli Bowyer as he came in at 147th place (17:29). Fellow sophomore Zach Brazel was the last runner for Jackson to finish in the top 200 by taking 154th overall at 17:37.

The next three Indian runners to place in the top 250 were seniors Samuel Malone, Jack Lacey and lastly junior Alex Niedbalski. Malone took 209th place with a time of 18:10 as Lacey finished four seconds behind him for 216th place. Niedbalski came in at 239th overall as he crossed the finish line at 239.

The final boys runner for Jackson at the Gans Creek Classic was senior Bryce Bell as he came in at 268th place with a 19-minute finish.

Jackson is at the midway point of the regular season as the Indians have five more meets until districts. First is this Saturday’s Notre Dame Invitational, followed by the Woodland Invitational Oct. 7 and then the SEMO Conference Meet Oct. 14.