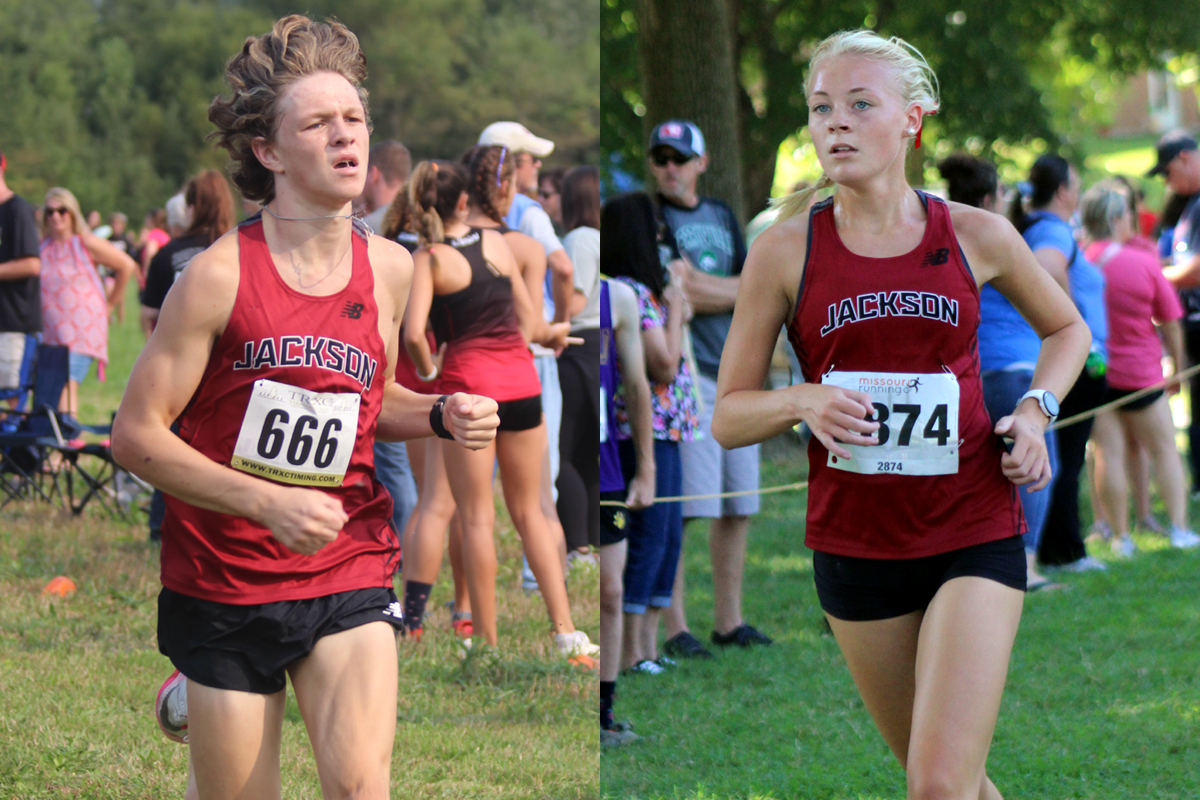 On Saturday, the Jackson boys and girls cross country teams started the season in their own invitational as each program won a race and had two individual champions. The meet is broken up in four divisions by grade, which allowed the Indians senior boys and freshman girls to win their races.

Jackson’s boys team did so by scoring 20 points and having its top-three runners all place in the top five. Indians senior Hunter Wendel won the race with a time of 12 minutes, 13.9 seconds, while fellow senior teammates Cade McCadams (12:34.8) and Evan Kiefer (12:45.5) paced him in third and fifth place, respectively.

Leading Jackson’s girls team to win its race was Emma Niedbalski, who crossed the finish line first amongst all freshman at 13:39. Also placing in the top 10 were fellow Indians freshman Anika Stephens at fourth (13:53.7) and Kalissa Smith (15:07.8).

The rest of Jackson’s boys teams took second overall as the junior class scored 25 points with Bryce Gentry taking first by posting a finish of 12:30.7. Also placing in the top 10 for the Indians junior boys team was Zach Brazel (fifth at 14:01.1) and Elijah Bowyer (ninth at 14:16.2).

Two of Jackson’s girls teams took second as well with one of those teams producing another individual champion. Winning the senior race was the Indians London Popp as she took first with a finish of 16:16.1.

Popp led Jackson to a runner-up finish as the team scored 14 points to first-place Farmington’s 10. Fellow Indian seniors Mara Wilson (fourth at 16:36.6) and Sadie Middleton (ninth at 17:56.5) also placed in the top 10.

The other Jackson girls team to take second overall was the sophomore class as these runners finished one point behind Kirkwood. Indians sophomore Annika Barks finished third overall with a time of 15:52 as MeKayla Dunn (17:55.6) and Ava Proffer (18:46.7) came in sixth and 10th, respectively.

Jackson’s two other second-place teams were the boys freshman and sophomores as the ninth graders scored 35 points, while the 10th graders finished at 40. Both teams had two top-10 finishers as freshman Nolan Kitner (11:57.5) and Aidan Niedbalski (11:57.6) took third and fourth, as sophomore Chase Goodson and Aiden Hottes finished fourth and seventh with finishes of 14:03.9 and 14:38.9, respectively.

The final Indian to finish in the top 10 of their own race was junior Lydia Golinski, and she ended up taking 10th place at 18:18.4. Jackson’s girls junior class placed fourth overall with 37 points.

Next up for Jackson will be this Saturday’s Memphis Twilight Classic, where the Indians will return to regular formula and run in two divisions of varsity and junior varsity.