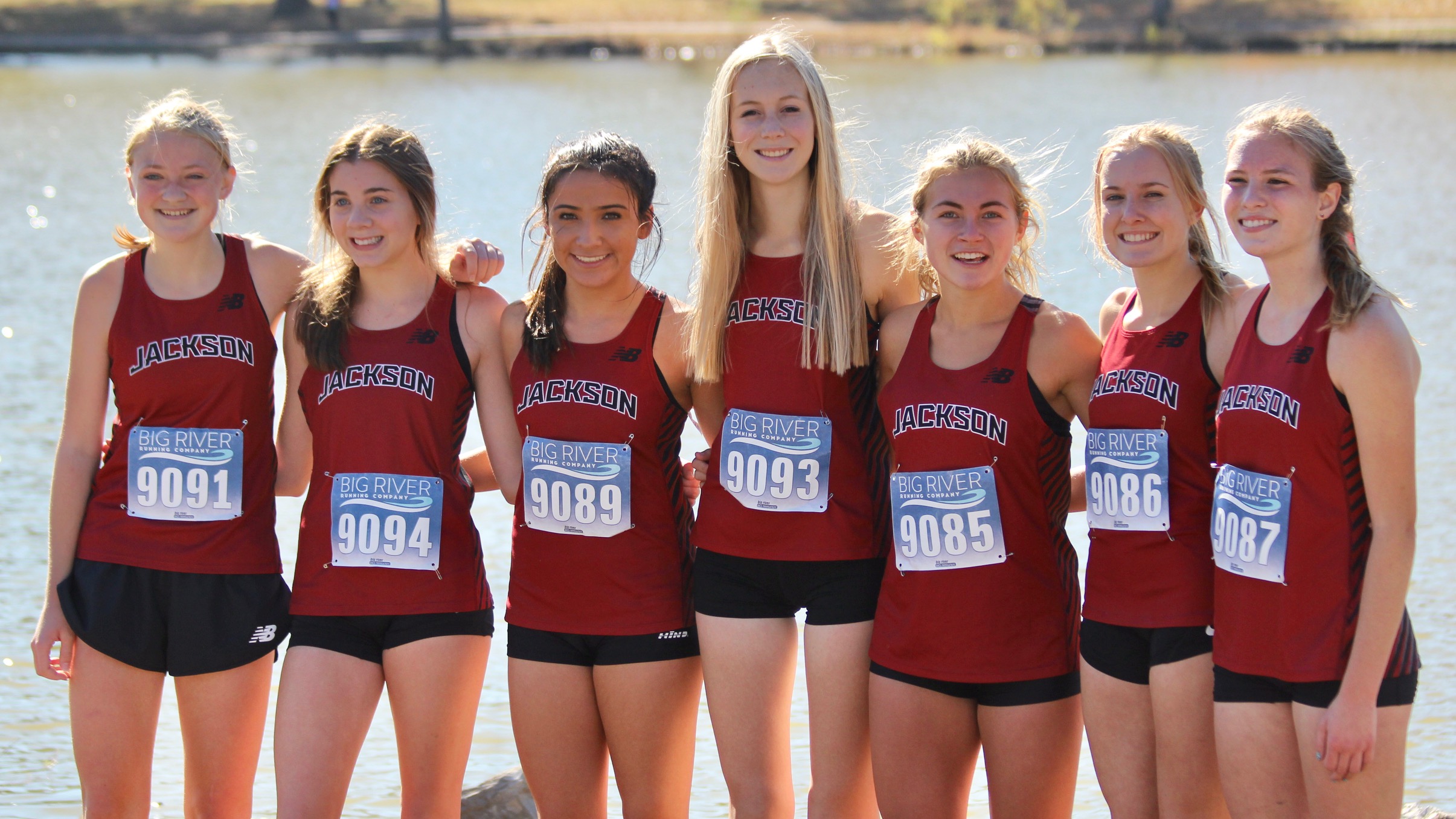 Before this season if someone had told Jackson’s cross country head coach Andrea Talley both of her teams would be headed to the Class 5 State Championship Meet this weekend, she wouldn’t have believed them.

This isn’t because her teams aren’t talented enough, but it’s because she didn’t expect the season to last this long with the coronavirus pandemic still going on.

Now for the first time since 2014, both the Jackson boys and girls teams are heading to the state meet after winning respective Class 5 District 1 Championships Saturday at Arnold Park. The boys did so with a team score of 30 (25 points ahead of second) while the girls finished with 31 points (28 ahead of the runner-ups).

This was none other than junior Addie Heisserer as she won the girls race with a time of 19 minutes, 43 seconds to become the first Indian to win an individual district title since current UMKC runner Kennedy Bauer did so in 2018. Heisserer’s time of 19:43 was also a personal record, which she accomplished with just one shoe since her other one got stuck in the mud during the race.

“Addie, she just went out and got after it,” Coach Talley said. “Here she had no shoe on her foot, and we were like, ‘Holy cow! Thank the lord it’s muddy.’ [The course] is usually hard as a rock, so luckily it probably cushioned her foot some.”

Finishing in second place behind Heisserer was senior Elizabeth Steele with a time of 20:01 to earn all-district as juniors Layla Fliege and Brooklyn Burgess finished in the top 10 to do so as well. Fliege took sixth overall at 20:29 followed by Burgess in 10th with a 21:03.

Almost garnering all-district honors as well was junior Maite Mendez, who placed 12th overall with a time of 21:09. However, Mendez still helped her team score 31 points by scoring 12 with her finish.

The five runners to place in the top 10 and earn all-district honors for the boys were seniors Jake Eastin and Evan Stephens, sophomores Cade McCadams and Hunter Wendel and lastly freshman Bryce Gentry. McCadams took second with a time of 16:35 as Eastin and Stephens finished fourth and fifth at 16:50 and 16:53, respectively.

The state meet will be held this Saturday at Mizzou’s cross country course, Gans Creek, in Columbia.