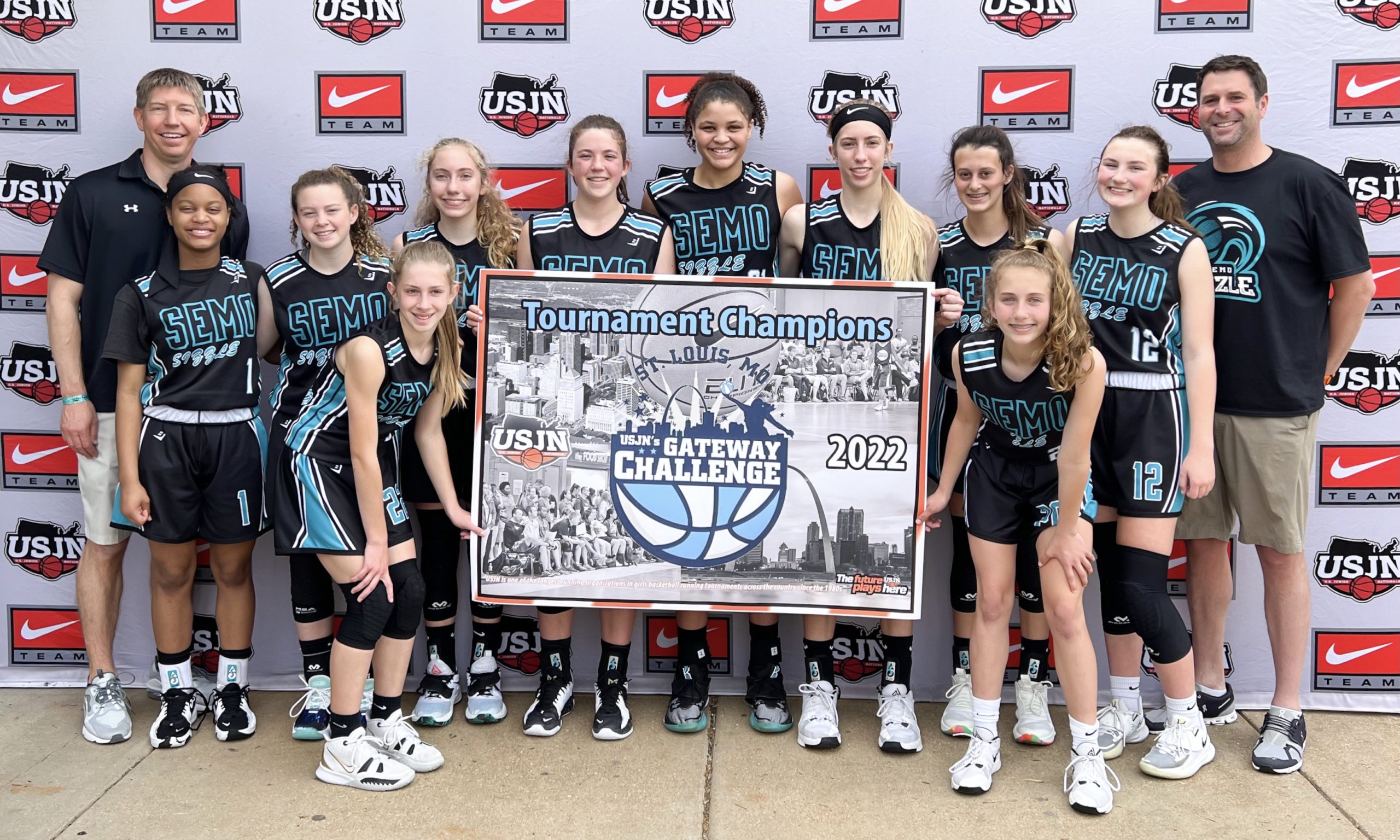 This past weekend in St. Louis, the SEMO Sizzle 2026 girls basketball team went 4-0 overall at the USJN Gateway Challenge and won the 14U Pool R/S Championship.

Featured in the tournament were some of the best AAU programs the Midwest has to offer with teams from Missouri, Illinois, Iowa and Kansas. Sizzle faced two Missouri teams, one from Illinois and one from Kansas, and SEMO outscored its four opponents by a combined 61 points at 188-127.

After going undefeated in Pool R, SEMO Sizzle faced the Warrenton Warriors for the 14U title. After gaining an early lead, Sizzle won the game by double digits at 59-47 as SEMO had two players finish in double digits.

Scoring the most points for Sizzle was Jackson native and 6-foot-2 post Nevaeh Lucious, who produced a game-high 26 points. Pacing Lucious in scoring with 12 points of her own was none other than 6-0 forward Kate Rubel out of Cape Girardeau.

Brie Rubel was the only player for Sizzle to record multiple rebounds and assists in each game, while she was also one of SEMO’s top-three scorers every contest.

Rubel recorded her most single-game points at 10 in a 48-12 win over Missouri Blackout. Brie only missed one of her field-goal attempts while dishing out four assists, grabbing four boards and coming up with one steal.

Another stat-filled game for Brie Rubel came against the Southern Illinois Hawks, which Sizzle won by a score of 33-26. Rubel scored seven points on top of leading her team in rebounds (six), assists (four) and steals (four).

Kate Rubel was the leading scorer for SEMO Sizzle in each pool game as she produced 15 points in a 48-42 win over Kansas Eclipse Platinum, 12 versus MO Blackout and 11 against the Southern Illinois Hawks. In Sizzle’s closest game of the USJN Gateway Challenge versus Kansas Eclipse, she also filled the stat sheet with five rebounds, five assists, three steals and two blocks.

Besides the championship game, the one other double-digit performance Lucious had was against Kansas Eclipse. Nevaeh put up 13 points and recorded eight rebounds and two steals.

The two other top-three scorers for SEMO Sizzle over the weekend were Class of 2027 players Kate Jenkerson (Farmington) and Braelyn Turnbough (Ironton). Jenkerson and Turnbough tied for eight apiece versus Missouri Black as they each knocked down two 3-pointers. Turnbough was in third for scoring all by herself against Southern Illinois with six points off two treys.

Next up for SEMO Sizzle will be The Classic held next weekend in Louisville, which is going to be during the Division-I live recruiting period. This is when D-I college coaches will be permitted to watch players in person.

The next D-I live period will be at the beginning of July at the Run 4 Roses tournament that is also going to be played in Louisville. SEMO Sizzle will compete there as well after finishing as the Platinum Division runner-ups last summer.

Prior to Run 4 Roses in June, Sizzle is set to play in the high school division of the Cape Girardeau SportsPlex’s summer league.