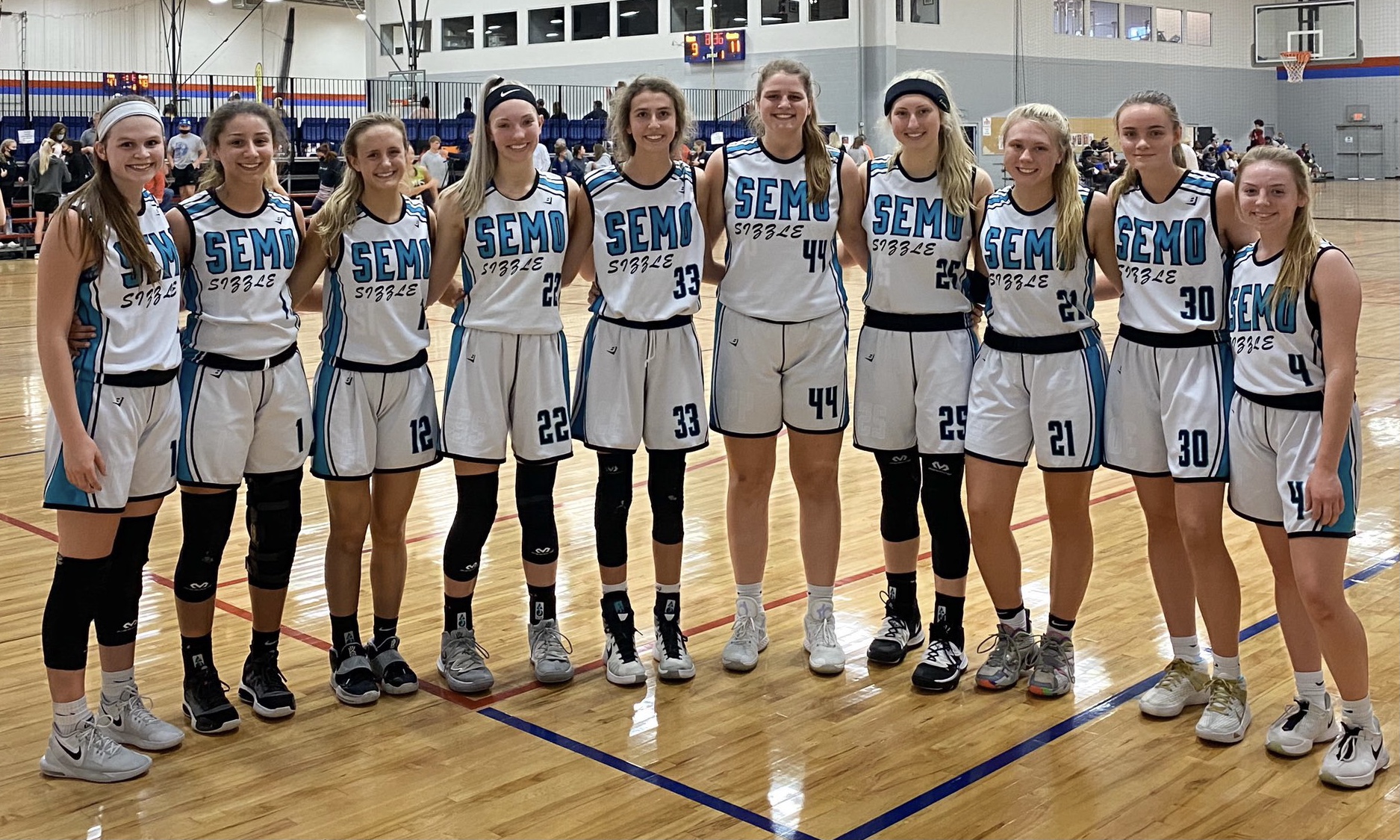 The SEMO Sizzle girls basketball program had its 2022 and 2026 teams compete in the Prep Girls Hoops Derby City Duel this weekend in Louisville, Kentucky.

SEMO Sizzle 2022 began the second and final day by picking up another double-digit victory on Sunday. This time it was over fourth-place Tennessee Sol 2022 (1-3) at 48-38.

To win Pool C and finish the Derby City Duel undefeated, SEMO Sizzle 2022 beat Indiana Elite Venom 2022 58-52, which ended up placing third overall at 2-2 after dropping both of its games Sunday.

SEMO Sizzle 2022 will be back in Louisville this weekend for The Classic hosted by National Exposure Basketball.

Players on the SEMO Sizzle 2022 roster in The Cash-Book Journal’s coverage area include Notre Dame sisters 2022 guard Lexi Rubel and 2023 guard/forward Tori Rubel, as well as 2022 guard Leah Jansen. Jansen isn’t currently with the team, but she will be once her track and field season at Notre Dame is over.

The Rubel Duo and Jansen helped the Bulldogs win their third-straight district championship for the first time in 17 years this winter. Both Rubels were named to the SEMO All-Conference and Class 5 District 1 All-District teams following the season, while Lexi also garnered all-state honors for the second year in a row.

The other two players on SEMO Sizzle 2022 covered by The CBJ are Jackson’s 2022 guard Jordyn “Jo” McClellan and 2023 guard/forward Katie Waller. McClellan and Waller led the Indians to win their fourth district title in the last five years as Jo garnered all-conference and all-district.

As for SEMO Sizzle 2026, these young hoopers had to play three of their four games on Saturday. This was no issue for them, though, and they won each contest in Pool A by at least 11 points.

In SEMO Sizzle 2026’s fourth and final game of the weekend in Louisville, these girls had no issues finishing the Derby City Duel undefeated by ending it with a 43-16 victory over Illinois Inferno Blue 2025 (0-5) on Sunday.

Two girls basketball players from the SEMO Sizzle 2026 team in The CBJ’s coverage area include The Rubel Duo’s younger twin sisters Brie and Kate Rubel. Also playing out of Cape Girardeau is Eliza Barnette, who is a younger 2025 player, and Mia Panton, while Nevaeh Lucious is the lone player representing Jackson.

Another CBJ player for SEMO Sizzle 2026 is Cape Girardeau’s Jayla Smith, who is currently out with an ankle injury. Sizzle hopes to have her back in a few weeks.

SEMO Sizzle 2026 will return to Louisville in July as they are scheduled to compete in TFN’s Run 4 Roses Classic along with SEMO Sizzle 2022. Run 4 Roses is the first NCAA certified event of the 2021 girls basketball summer exposure calendar. 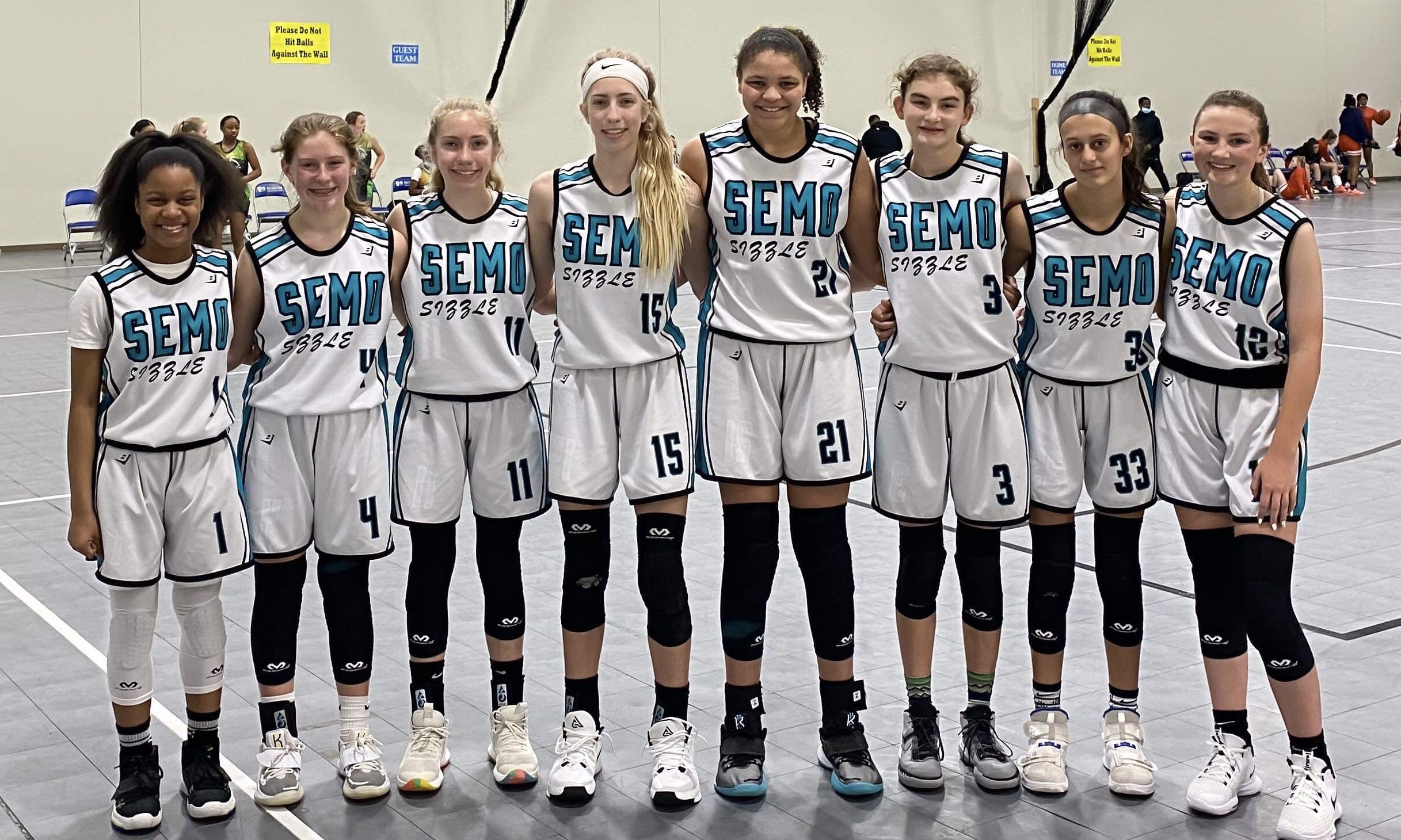