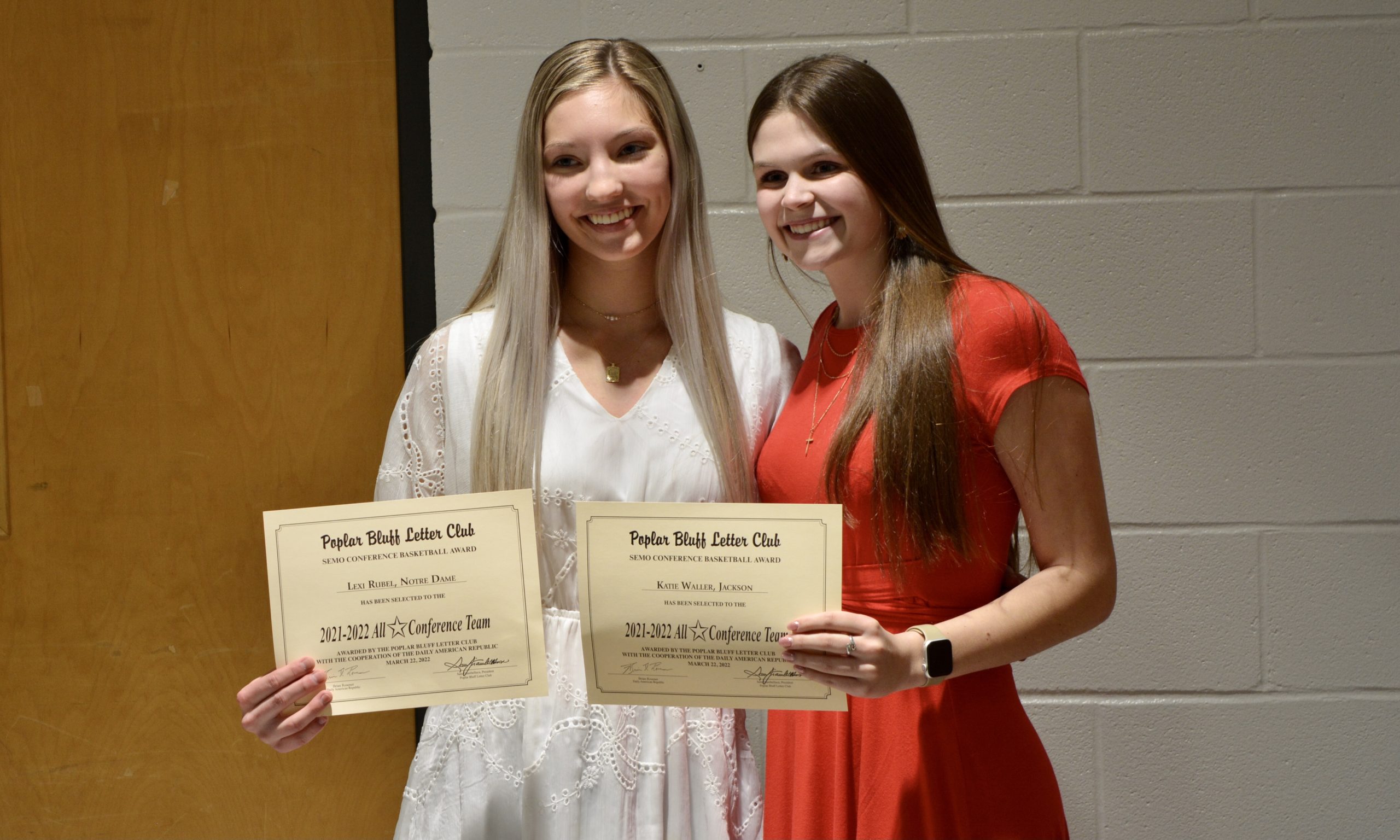 This time, though, the Bulldogs crosstown rival Jackson had a player selected as well, which was junior guard Katie Waller.

Despite the fact they are rivals during the high school season, Rubel and Waller were actually teammates on SEMO Sizzle the past two AAU seasons.

With her selection to the Class 5 All-State Team, Rubel ends her prestigious career at Notre Dame as a three-time all-state honoree. Rubel was also named the SEMO Conference and Class 5 District 1 Player of the Year.

Also, Rubel had a total of 15 double-double while recording 10 20-plus point outings along with two 30-plus points games.

Rubel first put up 30 points for the first time in her career against New Madrid County Central Jan. 27. Lexi broke that career-high in a little under a month by scoring 32 against Whitfield Feb. 22.

Lexi finishes her career as the Bulldogs second all-time leading scorer behind her aunt Ashley Millham (1,615) with 1,463 points. However, Rubel does have the most individual records in program history as she is first in all-time rebounds (970), assists (434) and steals (289).

Rubel will continue her career on the court at Division-I and Ohio Valley Conference-member UT Martin.

Two other players Class 5 District 1 were also named all-state in Sikeston senior forward Karris Allen and North County senior post Kamryn Winch. Winch, who has been on SEMO Sizzle the past two seasons, signed with D-II Maryville, while Allen has signed on to play at D-I Western Kentucky.

Tori Rubel, McClellan and Voelker all three earned all-conference and all-district honors as well, while Jansen had her senior year cut short due to suffering a season-ending injury after the Holiday Classic.

As for Waller, she became the first Jackson player to be named all-state in a decade. The last Indian to earn all-state honors before Katie was Dru Haertling in 2012. Previously before Haertling, no one from Jackson had been named all-state since 2003 when Jenna Leet earned the honor a second time.

Like Allstun and Lambert, McClellan will also suit up for Missouri Baptist.

To earn Class 6 All-State honors, Waller averaged a team-high 16.5 points per game along with 6.5 rebounds, two assists and two steals per game. Waller was the SEMO Conference’s Free Throw Champion by making 85% of her shots from the charity stripe. Katie also hit 45% of her attempts from the field and was 42% from beyond the arc.

In Waller’s first year in the starting lineup, she also helped the Indians win their second-straight Class 6 District 1 Championship and reach the state quarterfinals for the first time in two years.