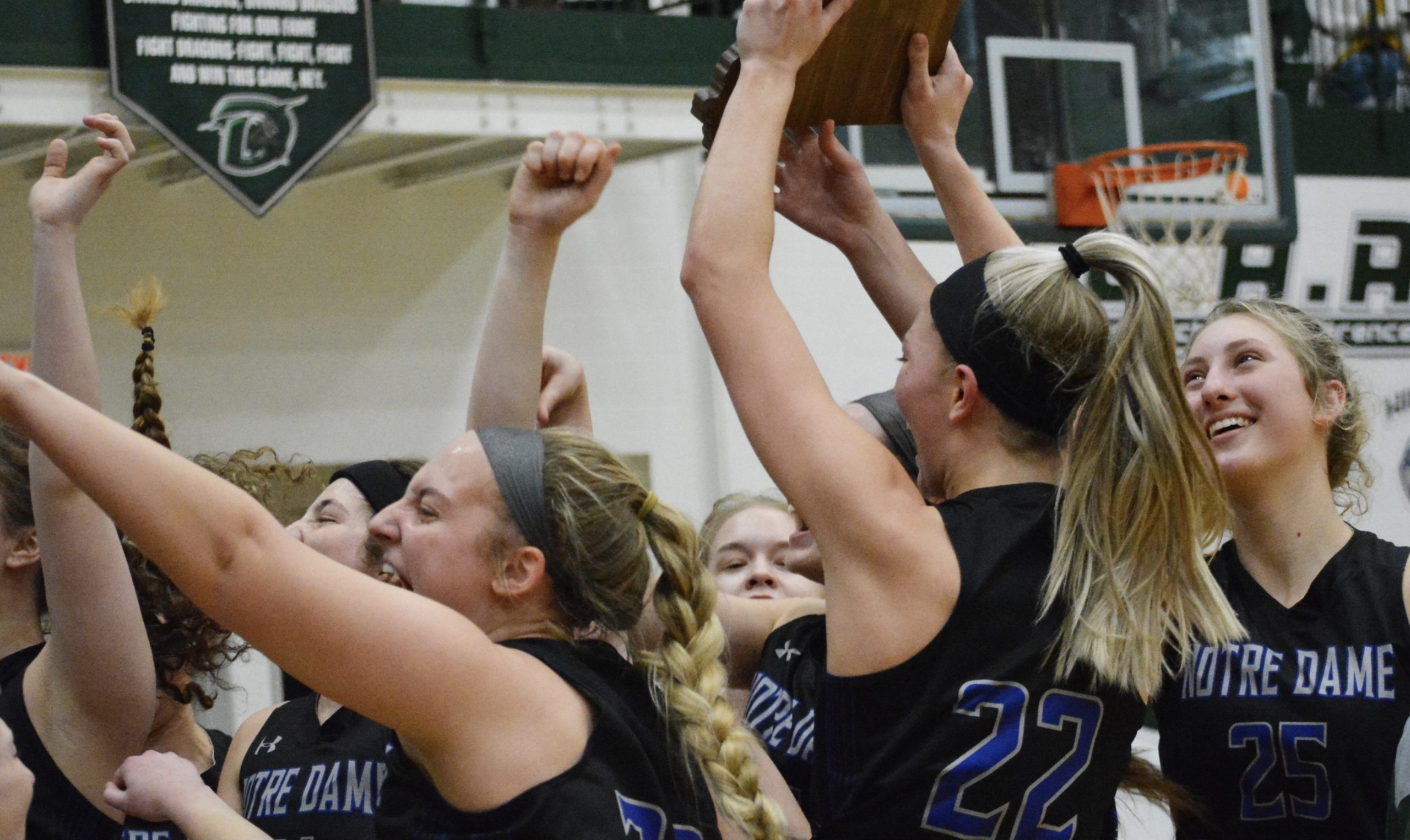 Two seasons ago, the Notre Dame girls basketball team reached the final four for the first time since 2010, but the Bulldogs were unable to compete at state due to the coronavirus pandemic forcing MSHSAA to cancel the Class 4 and 5 Final Fours.

This left the lingering question of “Would Notre Dame have won a state championship if the final four had been played out?”

The question “What if?” also arose following last season when the Bulldogs fell in the state quarterfinals. This was in a year where numerous players missed multiple games due to injuries and illnesses throughout the season.

In her final year, senior guard Lexi Rubel does not want “What if?” to come up after this winter since fellow multiple-year starting guard senior Leah Jansen suffered a season-ending injury after the Holiday Classic.

“We sat down after Leah got hurt and were like, ‘We don’t want this to be our ‘What-if season,’” Rubel said. “Last year, there were a lot of what ifs, and especially this year we didn’t want that. We really came together as a group and just decided, ‘That’s life. We have to figure out a way to step up.’”

Rubel and the Bulldogs are leaving no doubt on the court as they are only one win away from reaching the highly-coveted final four. To reach the state quarterfinals, Notre Dame made easy work of its three opponents in the Class 5 District 1 Tournament last week and outscored them by a combined total of 197-89.

Each contest was decided by at least 20 points as the Bulldogs captured their fourth-straight district championship with a 50-27 victory over Farmington (18-4) in the title game Friday at De Soto.

“We are really just clicking at the perfect time of the year — we’re really coming together,” Rubel said. “We’re all best friends, and we do everything together. On defense, we scout and know who’s going to pick up the ball, who’s going to play where and we come together.

Lexi Rubel recorded her 15th double-double of the season with 22 points and 17 rebounds in Notre Dame’s win over the Knights, while she also dished out five assists, came up with two steals and blocked one shot.

With the win, Rubel finishes her high school career as a four-time district champion for a program that had not won a district title the 10 years prior to Lexi being a Bulldog.

“Lexi is a champion — plain and simple,” Notre Dame head coach Kirk Boeller said. “Since she’s stepped foot on campus, she’s been determined every year. Every district championship, she just seems to find another level and get to that next level. I’m extremely fortunate to have been able to coach her for four years, and we’re hoping we can keep this thing rolling.” 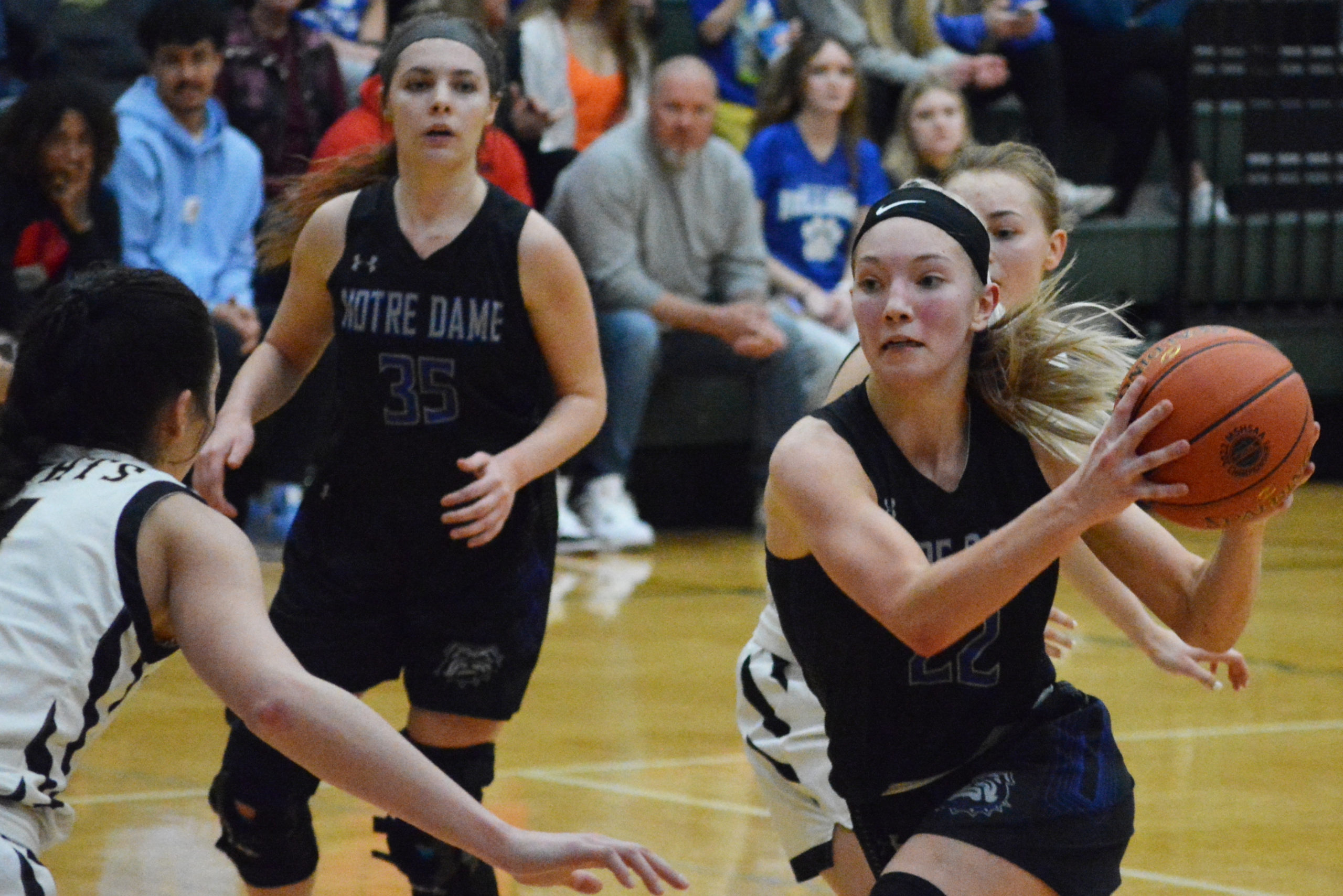 Garner and Givens each hit two 3-pointers apiece within the first four minutes of the game to give the Bulldogs an early 12-6 advantage over Farmington. The junior duo combined for 17 points in the first half, while Lexi Rubel took over scoring wise in the second half with 15 points.

Rubel dominated the glass defensively as 13 of her 17 rebounds were off missed shots by the Knights. Other players for Notre Dame to have multiple rebounds were the likes of three-year starter junior forward Tori Rubel and Garner, who had four and three, respectively.

“We’ve really been working quite a bit on our box outs,” Lexi Rubel said. “For me and Tori, a lot of times we can just go up with those tall girls and have a chance of getting rebounds. Especially when they were as aggressive as they were tonight, boxing out was the key.”

Tori Rubel only finished with two points on five attempts in the district final, but she was tasked with bringing the ball up court and distributing it throughout the contest. She was also crucial on the defensive end by forcing multiple turnovers with deflections and bringing smothering man-to-man pressure while also defending one half of the entire court herself.

Notre Dame rested its starters in the fourth quarter due to its marginal lead against the Knights as Tori Rubel had two double-digit scoring outputs prior to the district title game. Tori scored 10 points in the Bulldogs 67-39 semifinal win over North County and 12 during a 80-23 victory against Hillsboro, and she hit two 3-pointers in each game. 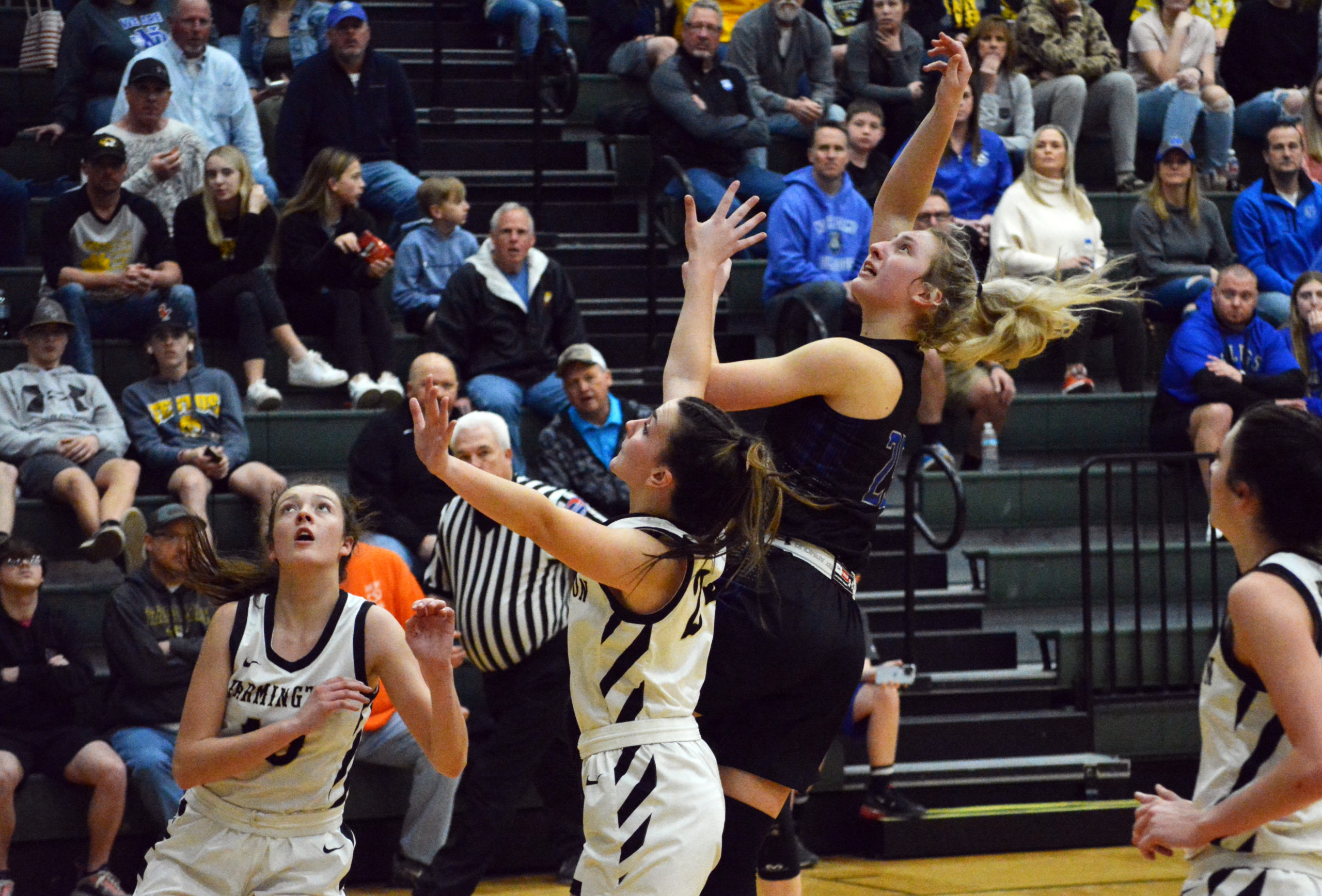 Junior Tori Rubel had two double-digit scoring outputs and averaged 2.3 steals through three games to help Notre Dame outscore teams by a combined total of 197-89 in the Class 5 District 1 Tournament.

Tori Rubel missed the final two games of the regular season with a shoulder injury she suffered in a 56-20 win over Saxony Lutheran back on Feb. 16. The Bulldogs went 0-2 in their span without Tori as they fell to Westminster Christian Academy, 50-40, and then to the reigning Class 5 State Champions Whitfield by eight points, 55-47.

Back to the North County game, Lexi Rubel recorded another double-double in Notre Dame’s 28-point win, which avenged a two-point, 49-47 road loss the Bulldogs suffered to North County back in January. Lexi recorded 19 points and 10 rebounds, while Givens (15) and Garner (11) also scored double-digit points along with The Rubel Duo.

Garner and Givens scored 10-plus points in the Bulldogs 57-point victory against Hillsboro, as Garner put up a career-high 23 while Givens had 11. Garner also notched a double-double of her own in the contest with 10 steals.

“Megan was a senior when I was a freshman, so naturally I looked up to her quite a bit,” Lexi Rubel said. “She was the girl that would always drive me places because I was only 15 then. I think me breaking this record is really special for both of us.”

Lexi Rubel holds two other career program records at Notre Dame (rebounds and assists) for a total of three, which is the most any Bulldog in history has. Lexi, who is averaging 16.7 points, 10 rebounds, six assists, 4.6 steals and one block per game this postseason, is Notre Dame’s third all-time leading scorer with 1,452 points.

Next up for the Bulldogs (22-6) will be a familiar opponent in Class 5 District 2 Champions Webster Groves (23-5) in the quarterfinals, which topped Lift for Life (14-12) 53-46 for the title on Saturday. Earlier this season, Webster Groves beat Notre Dame 45-40 in the third-place game of the Nixa Invitational on Jan. 22.

“We were kind of the underdogs going into that tournament, so seeing that we could compete with those big schools really gave us a lot of confidence,” Lexi Rubel said. “I feel like when we first played Webster Groves, we really weren’t shooting well. That affected us a lot because we weren’t knocking down threes.

“Especially right now we are shooting well — knock on wood — and we’re really going to be able to stretch their defense out. They have to guard the 3-point line and that’s going to open up all of our drives.”