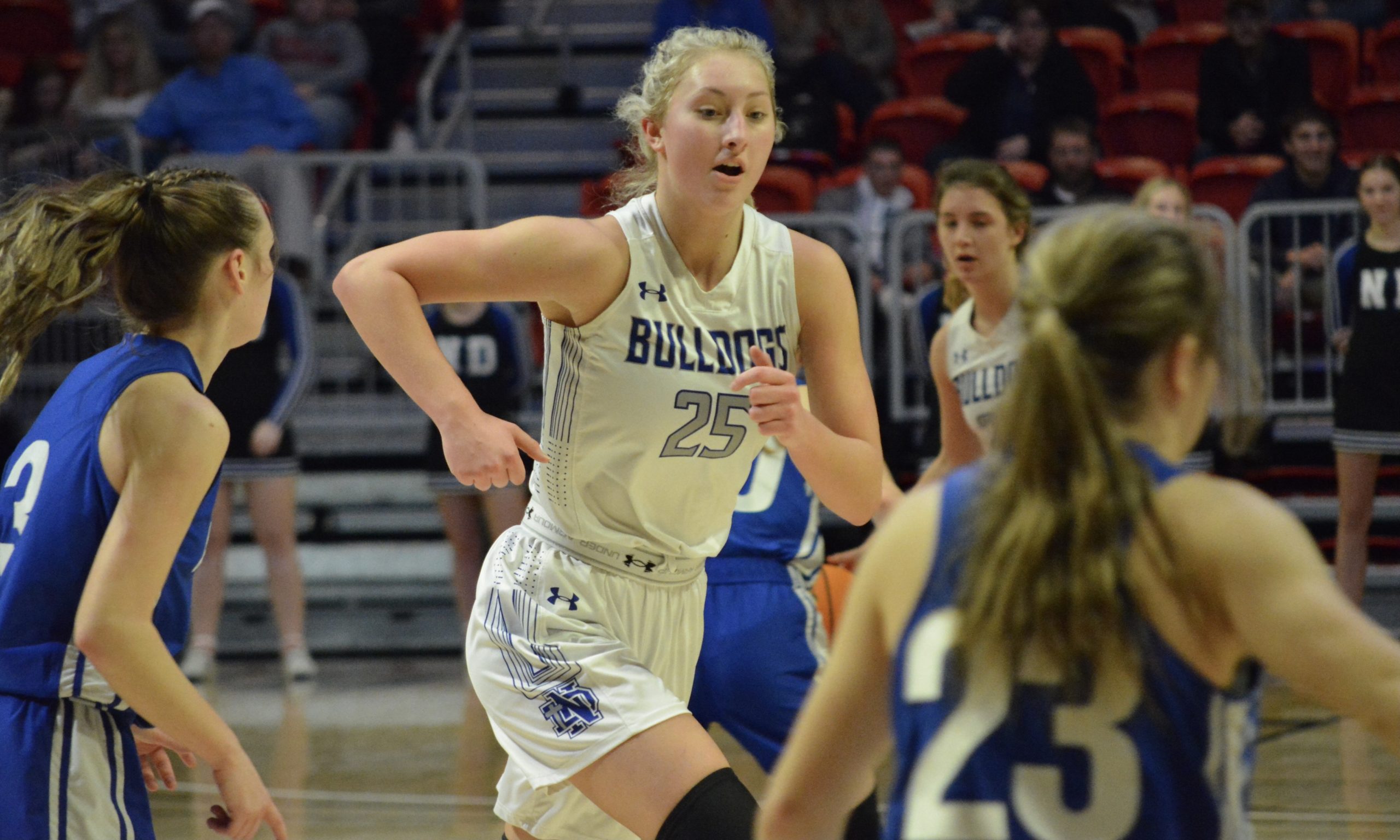 After going 3-4 through its first seven games after Christmas break, the Notre Dame girls basketball team is back on a roll.

The Bulldogs have won four-in-a-row in commanding fashion (each by at least 18 points) and are far and away in first place of the SEMO Conference regular-season standings.

The Bulldogs have, of course, been led by UT Martin signee senior guard Lexi Rubel, who broke her own single-game, career-high scoring total when she put up 30 against New Madrid. She also knocked down four 3-pointers in the contest to eclipse 100 career triples.

The game before against the Mules, Rubel produced 27 points and had a double-double with 16 rebounds, while collecting four steals.

Lexi now has eight double-doubles on the season after her 10-point, 10-rebound performance against Cape Central, which is already more than she had all of last season (seven).

“Lexi is having a great year — she’s hungry and determined,” Notre Dame’s four-year head coach Kirk Boeller said. “The last week or so, she’s been hungry and driven. With it being her last year, she’s amped up a little bit. I know she’s looking forward to districts and the postseason — she’s been a blessing to have as a senior.”

However, leading Notre Dame in its latest contest scoring wise was none other than Lexi’s sister junior guard Tori Rubel. Tori produced a game-high 17 points and hit two 3-pointers in Notre Dame’s 33-point victory over Cape Central. She also recorded six rebounds, two assists and two steals on top of shooting 58.3% from the field (5-of-6 on two pointers).

Tori Rubel, who fields an offer from UT Martin and is being recruited by several other Division-I programs, paced Lexi in scoring against New Madrid and Poplar Bluff. Tori finished with 12 points and eight rebounds versus the Mules, while she produced 10 points, five rebounds, five assists and four steals against the Eagles.

Much like Lexi, Tori has proven to be a dominant force in every aspect of the game by filling the stat sheet. When she isn’t putting up double digits in the scoring column, Tori Rubel is usually coming up with numerous rebounds, steals and assists. Tori also comes up with multiple deflections per game whenever opponents try to pass the ball or dribble it her way.

“Tori continues to do a great job on both sides of the ball,” Coach Boeller said. “We trust her out there, and she creates problems with her length on defense for teams. She’s coming into her own, and I think she’s poised to have a good run here at the end of the season.”

The Rubel Duo were not the only returning starters for Notre Dame this season as senior guard Leah Jansen returned to the Bulldogs this season as a multiple-year starter as well. However, Notre Dame will be without Jansen’s talents for the remainder of the winter since she suffered a season-ending injury before the Bulldogs first game after break.

Even though Jansen isn’t able to be the tenacious defender and scoring threat she was for the Bulldogs on the court, she’s been able to make a difference on the bench.

“Leah is a coach now — she’s one of the coaches on the bench,” Boeller said. “She’s talking on defense. If somebody doesn’t hear us with a set or play call, she’ll jump up and yell. She’s been an awesome cheerleader and a coach. Players will come off the floor, and she’s sitting over there talking to them and encouraging them. She’s just irreplaceable as a person.”

Stepping into the starting lineup in place of Jansen has been junior guard Anna Garner, who led all scorers by scoring a career-high 20 points in Notre Dame’s 27-point win over Kennett. Garner also tied for second in the game with steals at three with Tori Rubel.

“I keep telling her she’s done more than we could’ve ever asked of her. It’s a testament to how good of a kid she is, how hard she works and how determined she is — like all of the girls — to have a successful season.”