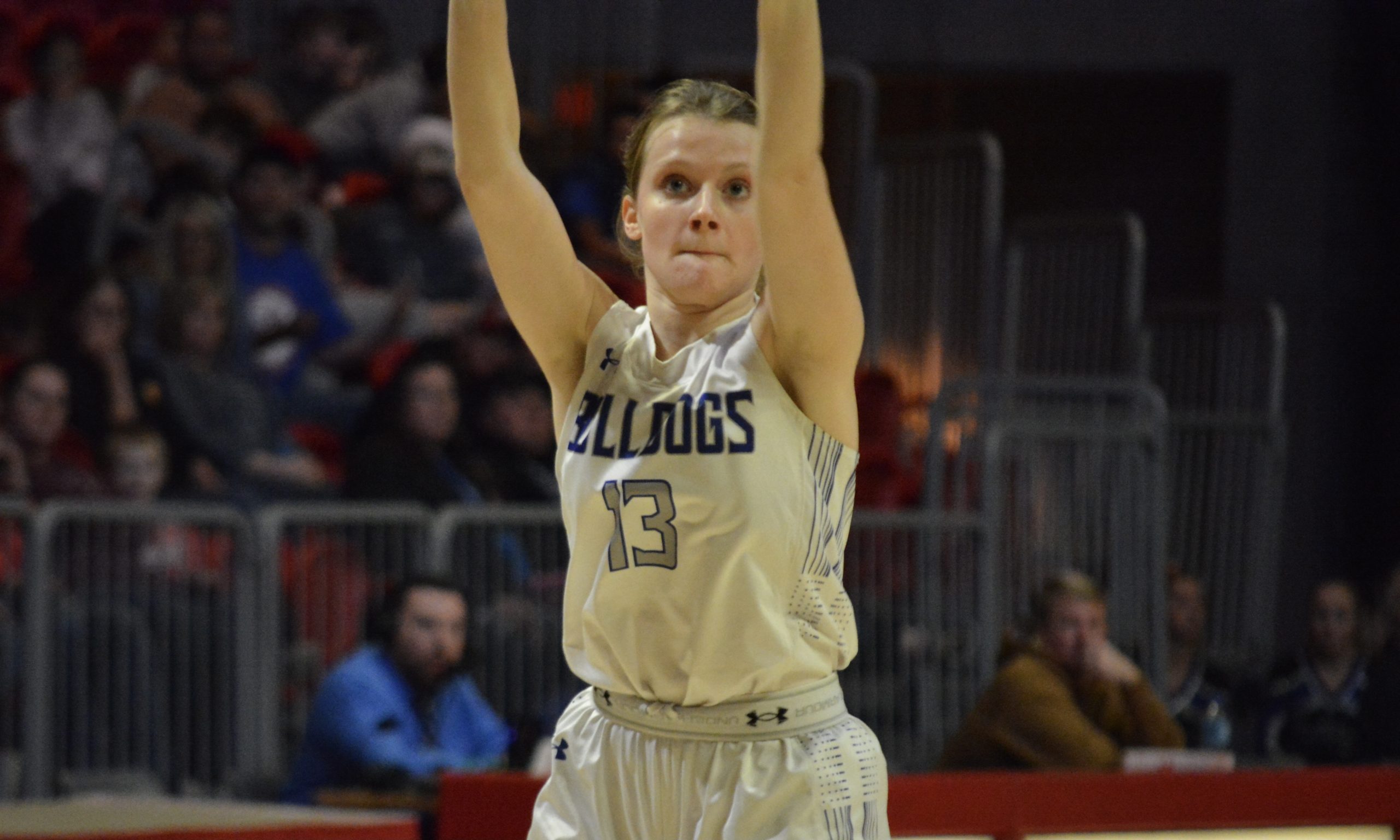 For the first time since the 2018-19 season, a girls basketball team has officially swept the SEMO Conference by winning the conference’s regular season and tournament championships. This team was none other than Notre Dame.

The Bulldogs (19-5, 8-0 SEMO) won the conference tournament at the beginning of the season with a one-point win over Jackson (13-8, 5-1), but they secured a share of the regular-season title with a 21-point victory over the Indians two weeks ago.

The Bulldogs two-time all-state senior guard Lexi Rubel came away with a near triple-double at 21 points, 18 rebounds and eight assists against the Crusaders. Pacing Rubel in scoring was first-year starting junior guard Anna Garner, who put up 17 points along with recording three assists and three steals.

Notre Dame senior forward Sydney Seabaugh came off the bench and hit four 3-pointers for 12 points, while junior guard Tori Rubel was the Bulldogs fourth-leading scorer with six points in less than two quarters. Tori, who also had seven rebounds, one block and one assist in that span, had to leave the game early due to a shoulder injury.

Tori Rubel missed the rest of the regular season with the shoulder injury, but Notre Dame is hopeful that she will return for next week’s Class 5 District 1 Tournament. Prior to Tori’s injury, she was averaging 16 points, six rebounds, 2.5 steals and two 3-pointers per game through the Bulldogs last five contests.

Notre Dame was without Tori as well as senior forward Sarah Brennan (illness) in the Bulldogs 47-40 loss to Westminster Christian Academy, where Lexi Rubel recorded her 12th double-double of the season with 15 points and 11 rebounds.

Garner paced Rubel in scoring once again with 12 points of her own as well as four steals and two threes. Notre Dame junior guard Jenna Givens knocked down a team-high three treys while also having four rebounds.

The Bulldogs were seeded No. 2 behind Farmington (15-3) in the district tournament, which Notre Dame beat 42-31 the night before the seeds were released. Garner, Givens and Tori Rubel combined for 33 points in the win as Anna scored a game-high 15 points and hit three 3-pointers.

The game prior to that when The Rubel Duo combined for 38 points (Lexi 21, Tori 17), Garner also finished in double digits with 12 points of her own.

When asked about her standout performances offensively, Garner credited her team’s defense as well as Lexi Rubel’s ability to find players down the court.

“On defense a lot, when Lexi gets the ball I go into transition, and I just sprint to the opposite end of the court,” Garner said. “She just passes, and that seems to work pretty well because I get easy layups. Jenna and I just sprint down there, and Lexi just throws it ahead.”

Anna has been a crucial part of Notre Dame’s success this season since she has been filling in for three-year starter senior guard Leah Jansen, who suffered a season-ending injury in practice following Christmas break.

The Bulldogs went 4-4 in the first eight contests without Jansen in the starting lineup, but they went on a nine-game winning streak after taking fourth place in the Nixa Invitational.

“Moving into the starting lineup was hard because I wasn’t really confident in myself — I was scared going from J.V. to varsity,” Garner admitted. “I stayed after practice with our assistant coach Matt Floyd to work on my ball handling skills and just get more comfortable. As the season has gone on, I’ve gotten more confident in myself, settled and comfortable.

“I think right now we’re coming together at the right time. In the beginning when Leah was out, we were trying to figure things out. Now I feel like everything is coming together, and I think we’re really ready for districts. We’re in the rhythm and ready for it.”