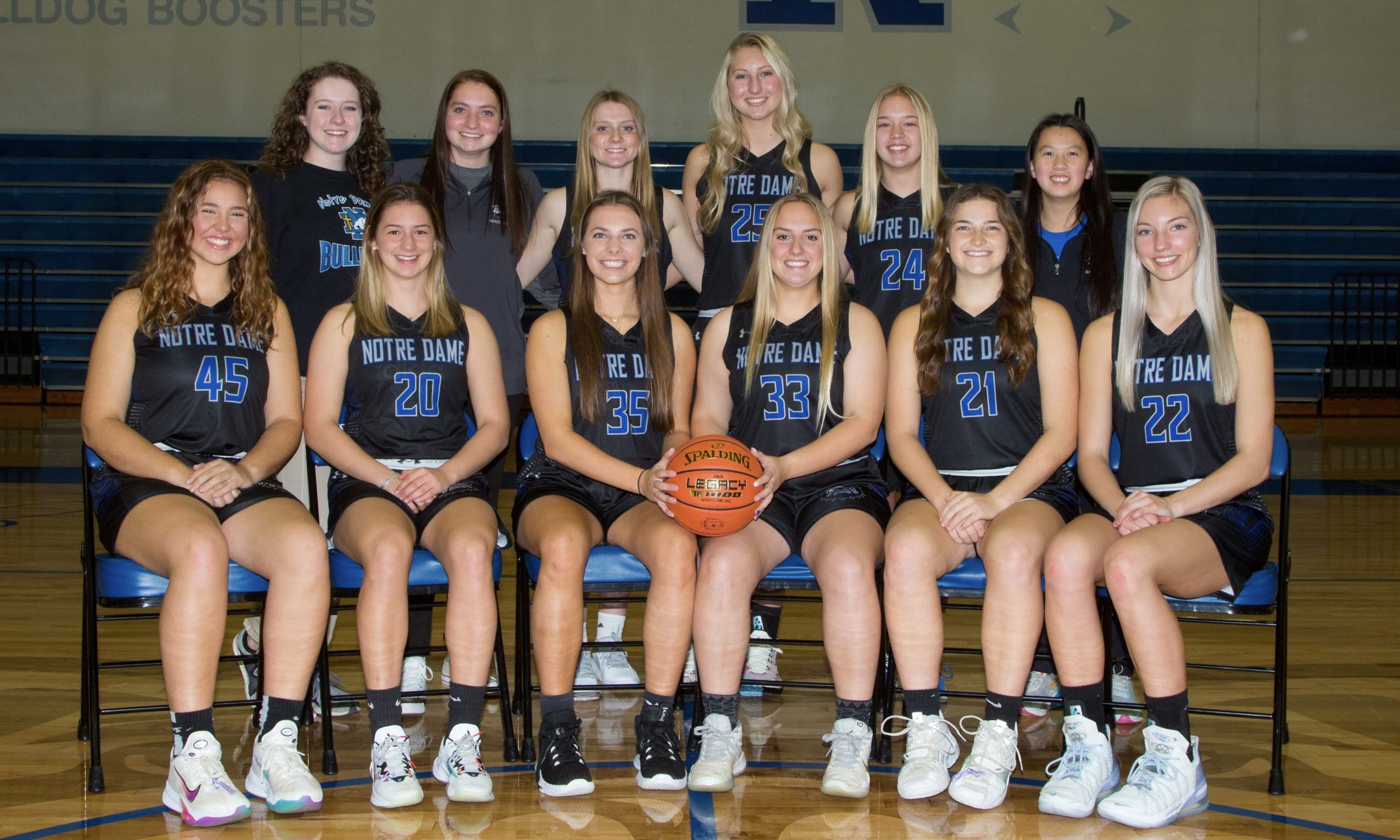 Over the past three winters, not only has Notre Dame proven to arguably have the best girls basketball team in Southeast Missouri, but it has also been one of the top squads throughout the entire Show-Me State.

The Bulldogs have made an appearance in the state quarterfinals three-straight times and are now hoping to make a return to the final four, which they reached two seasons ago.

However, Notre Dame wasn’t able to compete for a state championship that year since to the coronavirus pandemic ultimately forced MSHSAA to cancel the Class 4 and 5 Final Four.

With three starters returning from that final-four team for the Bulldogs this season, they couldn’t be hungrier to put themselves back in position to compete for the program’s first state championship since 2002.

On top of leading the Bulldogs to a third-consecutive quarterfinal appearance last season, The Rubel Duo and Jansen helped the program win its third-straight district championship for the first time in 17 years. Notre Dame also won the SEMO Conference Tournament and First State Community Bank Holiday Classic championships for the second year in a row.

Lexi Rubel did so after leading Notre Dame with a team-high 16.3 points, 9.3 rebounds, 3.5 assists and tied Jansen for most steals at 2.4 per game. She also became the 12th Bulldog in program history to reach 1,000 career points and is on pace to break the all-time scoring, rebounds, assists and steals records.

“I think Lexi has always been ‘The one.’ She’s always been the really, really good basketball player,” Notre Dame head coach Kirk Boeller said. “It’s rare to have an athlete like her. In the summers playing AAU ball and training really helped her turn the corner. Her work ethic just keeps building on itself. When you’re really good and you put in that much work, you get great.”

Rubel, who is ranked as the No. 5 player in Missouri for her class by Prep Girls Hoops, has already signed to continue her playing career with the 11-time Ohio Valley Conference Champions UT Martin. Lexi received eight other offers, including Indiana State, Loyola Maryland, Southeast Missouri State and Southern Illinois.

Also receiving an offer to play college basketball for UT Martin this summer was Tori Rubel, and she is actually the highest ranked player in Southeast Missouri by PGH. Tori is No. 4 in the Missouri Class of 2023 rankings and still has her recruitment open as several schools are still after her.

“Tori does everything at will, and we’re seeing it in practice. She’ll put the ball on the floor and take it to the basket, and Coach [Matt Floyd] and I will look at each other and be like, ‘That’s going to be hard to stop,’” Coach Boeller said. “Her length, athleticism and decision making — she can tear it up from five feet and take it to the hoop. If you take a step off from her, she’s going to make 90% of her threes. She’s a holy terror. She has a skill set that’s hard to defend.”

After bursting onto the scene as a freshman, the two-time all-district honoree proved that she will be a force to be reckoned with this year and the next during her sophomore campaign. Tori paced Lexi with 8.8 points, 4.3 rebounds and 1.4 steals per game while recording team-high shooting percentages in both field goal (56%) and 3-point attempts (41.4%).

In last year’s conference tournament semifinals, Rubel handled a New Madrid County Central team that recorded its third 20-win season in the last 11 years. Tori did so by scoring a career-high 22 points while hitting two threes and hauling in six rebounds en route to a 50-38 win. Coach Boeller took Rubel out of the game in the third quarter when the Bulldogs were up by 25 points.

Tori Rubel also took over Notre Dame’s game against Delta in the Holiday Classic semifinals as the Bulldogs trailed the Bobcats 27-20 at halftime. However, Rubel led the Bulldogs on a 17-0 run to start the second half and finished with a game-high 19 points for a 55-42 victory. This was versus a Delta team that recorded its most wins since 2011 and reached the state quarterfinals.

This season will be the final time The Rubel Duo suits up for Notre Dame as they have won 80.7% of their games the past two seasons (42-10 overall) along with two conference, two district and two sectional championships. Lexi and Tori combined for 30 or more points seven times last winter with the highest output being 37.

“It’s the same thing with those two — they’re another year older and have been around the game for another year. They understand the game already, so they’re just fine tuning those things they’re already good at. Having those two together for one more ride will be a fun and an emotional year.”

As for Jansen, she finished as the Bulldogs fifth-leading scorer last season with 6.3 points per game while tying Lexi Rubel for most steals with an average of 2.4 each contest. Jansen was also third in assists and made 42.1% of her shots from the field.

When Lexi and Tori Rubel separately missed some time last season, Jansen was one of the players who stepped up in a major way for Notre Dame. Leah, who proved last season to be one of the best on-ball defenders in the area, is No. 50 in PGH’s Missouri Class of 2022 rankings.

“Leah spent a lot of time this summer working on her shot. Last year, when we told her to guard somebody, she would guard somebody,” Coach Boeller said. “She took pride in that because she didn’t necessarily have to score, but this year we’re going to look at her and say, ‘You need to have a few buckets each game.’

“She’s so athletic — with her ability to close out on the ball and lateral quickness, she reminds me physically a lot of Riley Burger (2020 graduate). To have a tool like that on the floor, she’s going to have a big role in how our season shapes out.”

Both Brennan and Seabaugh each started a few games apiece last season when the team was dealing with injuries or illnesses.

“Those two rotated in the starting lineup and did a phenomenal job. They were part of our eight that we rotated through last year,” Boeller said. “They’re ready to have a more inclusive role and have experience. They won’t miss a bit if they come in and do what they did last year for us.”

Looking at Knaup, what Coach Boeller likes the most about her is that she’s a workhorse. “There’s no slowing down that girl. What’s wild is she’ll go 1,000 miles per hour on the court, and you take her out and tell her to catch her breath. Then she’ll be screaming the whole time. Her energy on the court and on the bench is contagious.”

As for Garner and Givens, Coach Boeller compared them to the previous championship-winning duo before the Rubels took over in 2019 graduates Megan Heisserer and Julia Williams. During Lexi Rubel’s freshman season, Heisserer and Williams helped Notre Dame win its first district championship in 10 years.

“Like Heisserer and Williams, they’re short, and they work well together. One has brown hair, one has blonde hair,” Boeller laughed. “They can shoot it and they’re fast, and having those two on the defensive end is going to give us some boost throughout the season.”