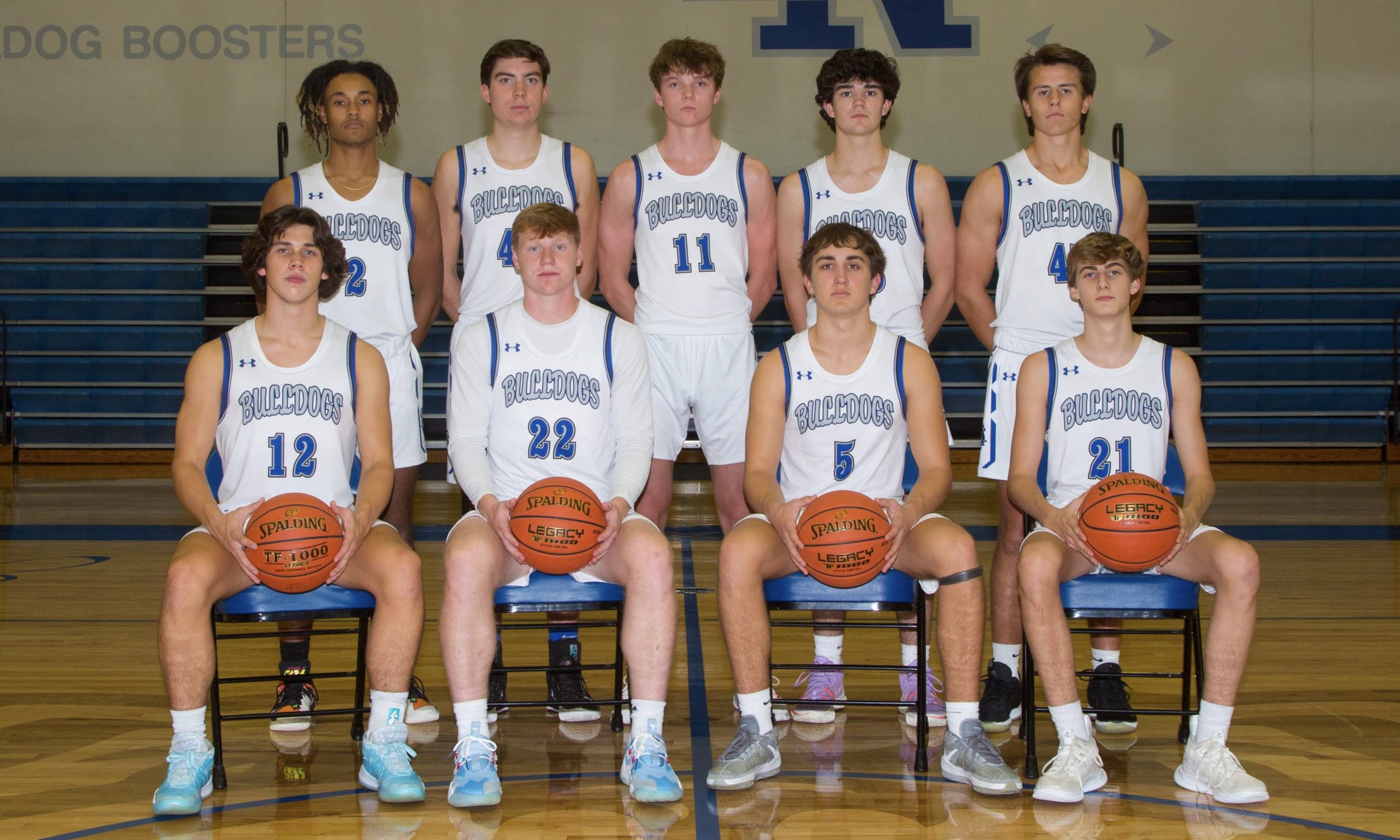 Last winter, the Notre Dame boys basketball team failed to repeat as district champions by falling to Sikeston in last year’s Class 5 District 1 title game. The Bulldogs still managed to record a 20-win season, but they graduated four of their five starters.

Three of those players graduated from Notre Dame were the team’s top-three scorers in Caleb LeGrand (16 points per game), Hayden Jansen (15.3 PPG) and Jake Young (9.5 PPG). LeGrand and Young were the top-two rebounders with averages of 6.7 and 6.5 boards per game, respectively, while Jansen knocked down 91 3-pointers to make 43.3% of his shots from beyond the arc.

This leaves plenty of spots to fill for this season, and Notre Dame head coach Paul Unterreiner is happy about the competition that brings to each practice.

“The fun part is that it’s wide open for whoever wants to earn it, but like I’ve told all of those guys — our younger guys — things can change from week-to-week,” Unterreiner said. “Just because you’re playing for us now doesn’t mean that if I don’t see you getting the minutes I think you need, you’re going to get minutes somewhere. It’s just going to take a while to figure out what we need to do.”

Coach Unterreiner said when players are on the court that they must perform well, of course, in order to keep their spot. Unterreiner said this can create tension, but that he’d rather calm people down than try to to fire them up.

The Bulldogs will ultimately be led by their three seniors 6-foot guard Blake Anderson, 6-5 forward Quin Hunter and 6-3 forward Drew Vandeven. Coach Unterreiner knows an inexperienced team like this year’s will need to rely on these player’s leadership in order to be successful.

Hunter is Notre Dame’s lone returning starter from last winter, where he averaged 8.9 points, 4.4 rebounds and shot 57.1% from the field.

“There’s a lot of fuel in [Hunter’s] system right now because he didn’t have one of his greatest games in our district championship last year,” Coach Unterreiner said. “He’s so athletic, and his first step is so quick. He can elevate quickly as well — he’s going to be a good player for us.”

Anderson and Vandeven played in 24 or more of last season’s games as Drew is the Bulldogs returning leader in threes as he hit 21 (31.8 3-point percentage) last season.

“Vandeven is going to be our tempo guy and make sure we’re playing at the right pace. He’s going to be our vocal leader,” Unterreiner said. “Last year in the district championship, we don’t have a chance without Anderson. We need him to be the effort guy that’s going to do all of the extra stuff.”

“They come in and work their tails off, and that’s the No. 1 thing I like about them,” Unterreiner said. “Clippard gives me everything he’s got. Callow has had great practices and shoots the ball well. Dennis is as athletic as they come. Bruenderman is really good defensively and lightning quick. That’s somebody I’d take on my team any day.”

As for underclassmen, the Bulldogs have three in 6-2 sophomore center Charlie West and a duo of freshman: 6-0 guard Brett Dohogne and 6-2 forward Will Henry Steward.

“West’s physical stature is ready for the varsity level. He can handle any contact down there,” Unterreiner said. “My freshmen won’t start the year out with us [in the conference tournament]. I didn’t know during the summer if they’d pan out, but they’ve developed at a quicker rate the last couple of months. They’re going to see minutes.”