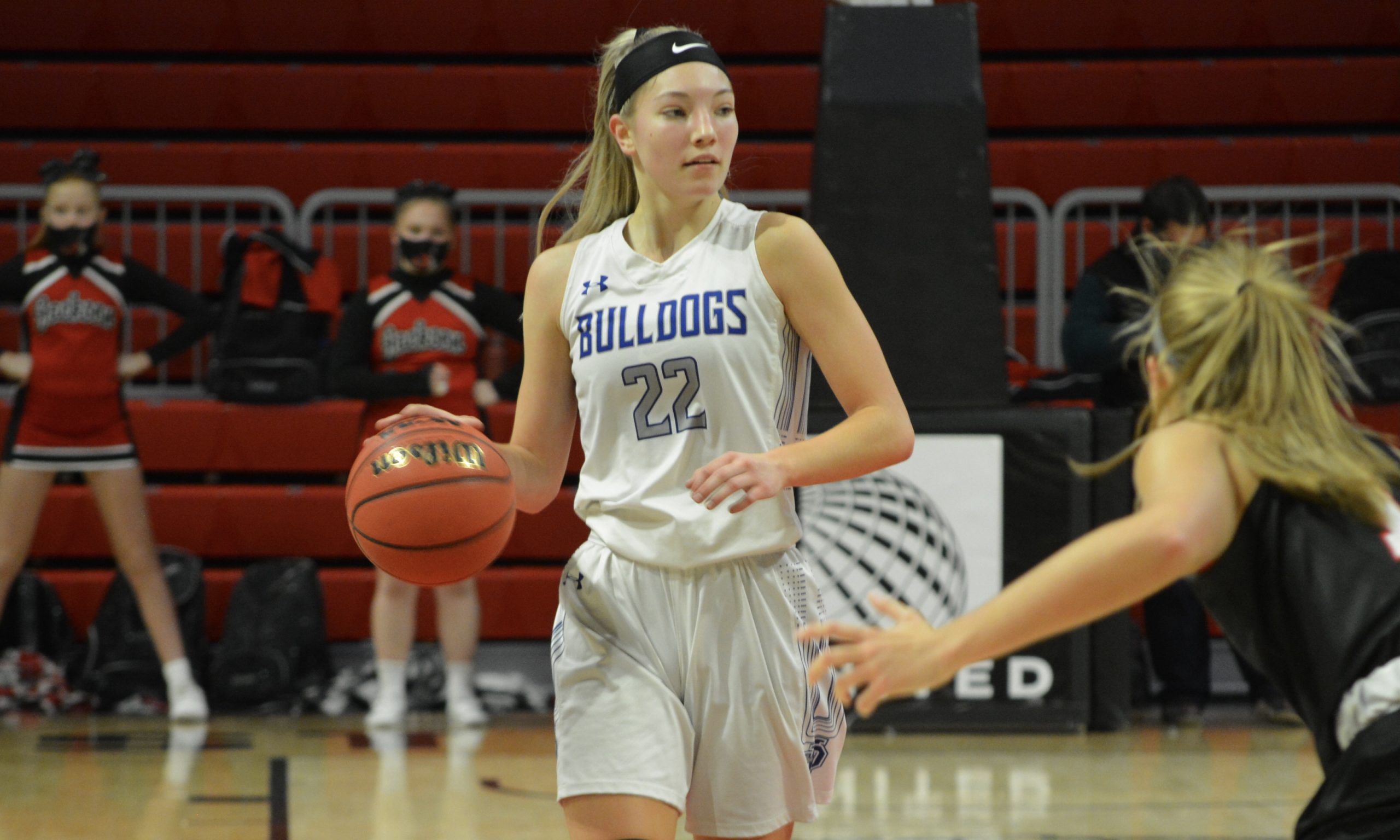 Rubel received a total of nine offers to play college basketball as she picked up six over the summer while playing in her final season with her longtime AAU team, SEMO Sizzle.

UT Martin offered Rubel back in early August during an unofficial visit she made with her younger sister and fellow Notre Dame Bulldog junior Tori Rubel, who also received an offer from the Skyhawks.

“Whenever I visited the campus, it just really clicked and felt like a good place for me,” Lexi said. “I really like their style of play — it’s up-tempo and fast-paced. I also really fit in with the girls, and I really like their coaches.

“… [Tori having an offer from UT Martin] did factor quite a bit [into my decision]. She wasn’t pressuring me into it or anything, but I know that she was really happy, too. We’re both really excited for the possibility that we might be able to play again together.”

“Coach McMillan is a super knowledgeable person, and he doesn’t just have one system of doing things,” Rubel said. “Every year, they play a little differently to fit how the girls play and what type of players they have that year. He’ll be able to figure out what I’m best at and be able to utilize me.”

Another Skyhawk that brought home an award last season was Chelsey Perry, who was named the OVC Player of the Year for the second-consecutive time. Following her career at UT Martin, Perry became the highest draft pick in OVC history when she was selected 26th overall by the Indiana Fever in the 2021 WNBA Draft.

Rubel has been no stranger to postseason honors herself as she became the first player in Notre Dame basketball history to earn all-state honors twice last winter since Allyson Bradshaw (Class of 2011). Bradshaw, who played college basketball at SEMO, was inducted into the Notre Dame Athletic Hall of Fame in June.

On top of being a two-time all-state selection, Rubel has been named all-conference and all-district every year of her high school career thus far. Lexi was tabbed as the Class 5 District 1 Player of the Year (second time) after helping the Bulldogs win their third-straight district title for the first time in 17 years last season.

Notre Dame has made the state quarterfinals each of the last three seasons with Rubel as the Bulldogs even reached the final four in 2019-20 after a 10-year drought. However, Lexi and Notre Dame were unable to compete for a state championship since the coronavirus pandemic forced MSHSAA to cancel to the Class 4 and 5 Final Four.

Statistically, Rubel currently ranks No. 12 on Notre Dame’s all-time leading scorers list with 1,003 points. Lexi is 613 points away from becoming the Bulldogs top all-time scorer, which is a title currently held by her aunt Ashley Millham (Class of 2003) at 1,615 career points.

Rubel is also on pace to become Notre Dame’s all-time leader in assists (35 till record), steals (79) and rebounds (199). Last winter, Lexi averaged a team-high 16.3 points, 9.3 rebounds, 3.5 assists and was tied for first in steals with fellow Bulldogs senior Leah Jansen at 2.4 per game.

Along with winning three district and two conference championships, the Bulldogs have gone 63-18 overall (77.7 winning percentage) with Rubel compared to going 48-56 (46.1%) the four years before she was at Notre Dame.

Lexi will begin her final season of high school basketball at Notre Dame in the SEMO Conference Tournament on Nov. 29.