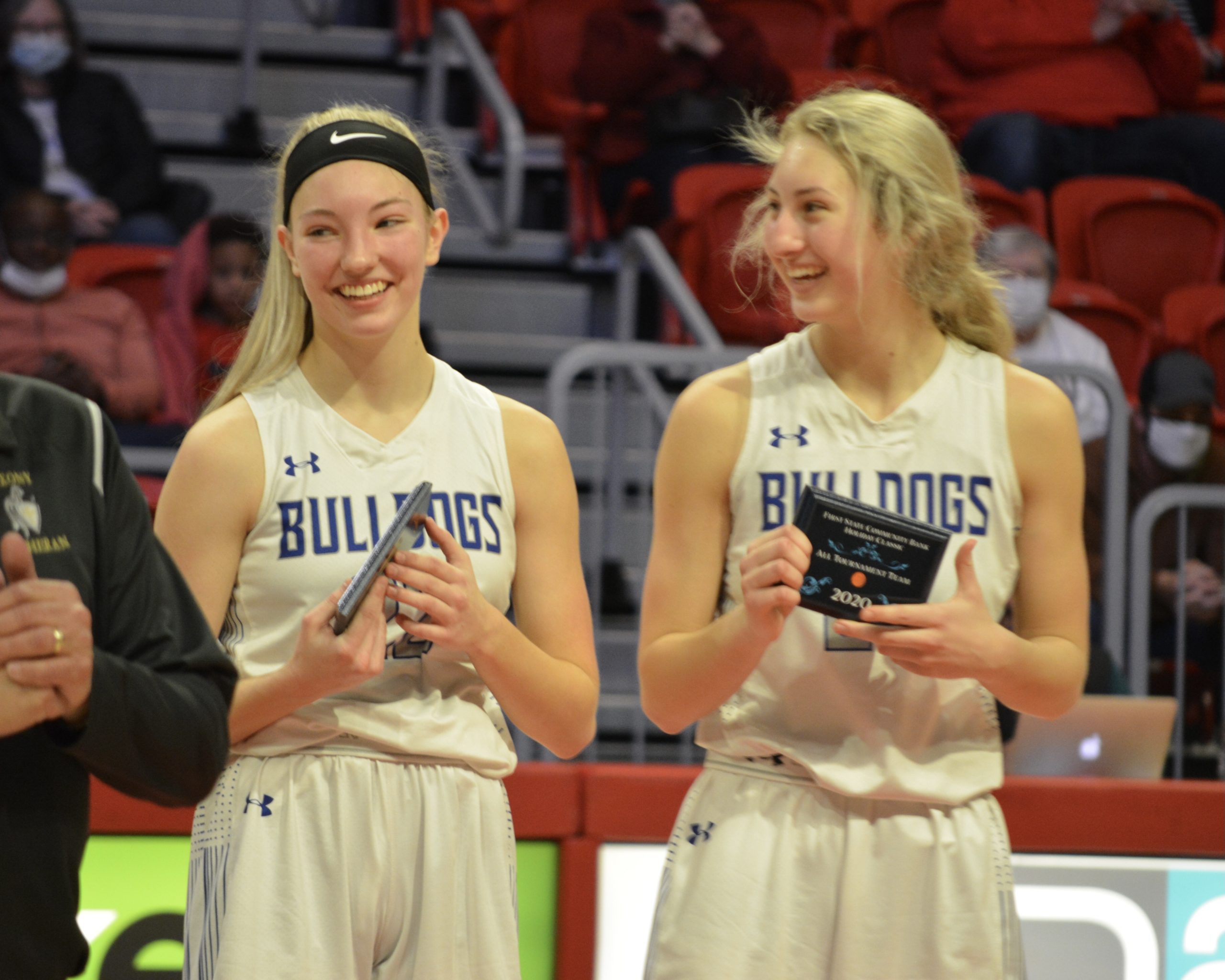 Following July, the final month of the 2021 AAU basketball season in which college coaches were finally able to scout recruits in-person since the beginning of the coronavirus pandemic, offers have been rolling in for players across the country.

There was no question the same was going to happen for Notre Dame sisters senior Lexi and junior Tori Rubel, who both received offers from Division-I UT Martin this weekend.

The Skyhawks are the two-time reigning Ohio Valley Conference Regular Season Champions, and they also had a player selected in the 2021 WNBA Draft: Chesley Perry in the third round (26th overall) by the Indiana Fever. Perry was named this past season’s OVC Player of the Year for the second-straight time, while UT Martin’s head coach Kevin McMillan was tabbed OVC Coach of the Year for the fourth time.

In July, the Rubel Duo helped lead their AAU team SEMO Sizzle 2022 to a 15-2 overall record. Sizzle won bracket championships at Run 4 Roses, Battle in the Boro — both held in Louisville, Kentucky — and lastly the Nike Tournament of Champions Summer Finale in Des Moines, Iowa, during the span.

Lexi and Tori were each named to the Battle in the Boro All-Tournament Team, while Lexi earned Battle in the Boro Tournament MVP honors after averaging 14.6 points, eight rebounds and four assists per game. Lexi also made her presence felt at the free-throw line by going 40-of-44 (90.9%).

As many should already know, the Rubels have helped lead Notre Dame to a plethora of success. The Bulldogs have combined for a record of 42-10 (80.7 winning percentage), while they’ve made one final four and two quarterfinal appearances the two years Lexi and Tori have played together at Notre Dame. The Bulldogs have also won two consecutive district and conference titles.

Another feat during the Rubel’s reign is that Notre Dame has not lost a game in the First State Community Bank Holiday Classic as the Bulldogs have now won the tournament back-to-back.

Lexi and Tori were each selected to the Holiday Classic All-Tournament Team this season, and they garnered all-conference and all-district honors. Lexi was also named all-state for the second-straight year.

With all of that being said, it should now be clear as to why UT Martin has offered Lexi and Tori because the Skyhawks want to continue to do one thing — win. Over the last three seasons, UT Martin has combined for a record of 67-25 (72.8%) and 46-9 (83.6%) in OVC play.

Last winter, the Skyhawks finished 22-6 overall (17-2 OVC) as two of their losses came against top-five ranked Louisville, which had its season end in a 78-63 loss to the eventual national champions Stanford in the Elite Eight. UT Martin fell to Belmont, 83-75, in the OVC Tournament Championship game for the Bruins to make the NCAA Tournament. As the No. 12 seed, Belmont was able to upset No. 5 Gonzaga 64-59 in the first round.

The Skyhawks moved on to the National Invitation Tournament (NIT) and won the consolation championship with a 64-59 win over Illinois State.

Another fellow SEMO Sizzle 2022 member in The Cash-Book Journal’s coverage area also picked up an offer following a successful July in Jackson senior Jordyn “Jo” McClellan. She was offered by Missouri Baptist (NAIA).